Skip to main content
Labels
Posted by Sean Loughran May 11, 2022

My Face in the Light by Martha Schabas

“I feared that fleeting instant when every stranger seems author of their own appearance, the exterior an automatic projection of some internal constant, the way light will reveal its whole spectrum in a single drop of rain.”

MY FACE IN THE LIGHT

Justine feels uneasy in her marriage, her theatre career and her relationship with her estranged mother, a famous painter. An intuitive and uncanny mimic, distinguished by a pronounced scar across her forehead (the result of a childhood accident), Justine has made acting the centre of her life since she was a teenager, but lately her outwardly charmed life in Toronto has begun to ring false.
After a disastrous audition in London, England, a chance encounter with a stranger leads to an unorthodox business proposition that would allow Justine to abandon the world she knows indefinitely. As the complications and contradictions of leaving a life behind swell to the point of crisis, Justine must confront the collateral damage of a traumatic, long-repressed past. 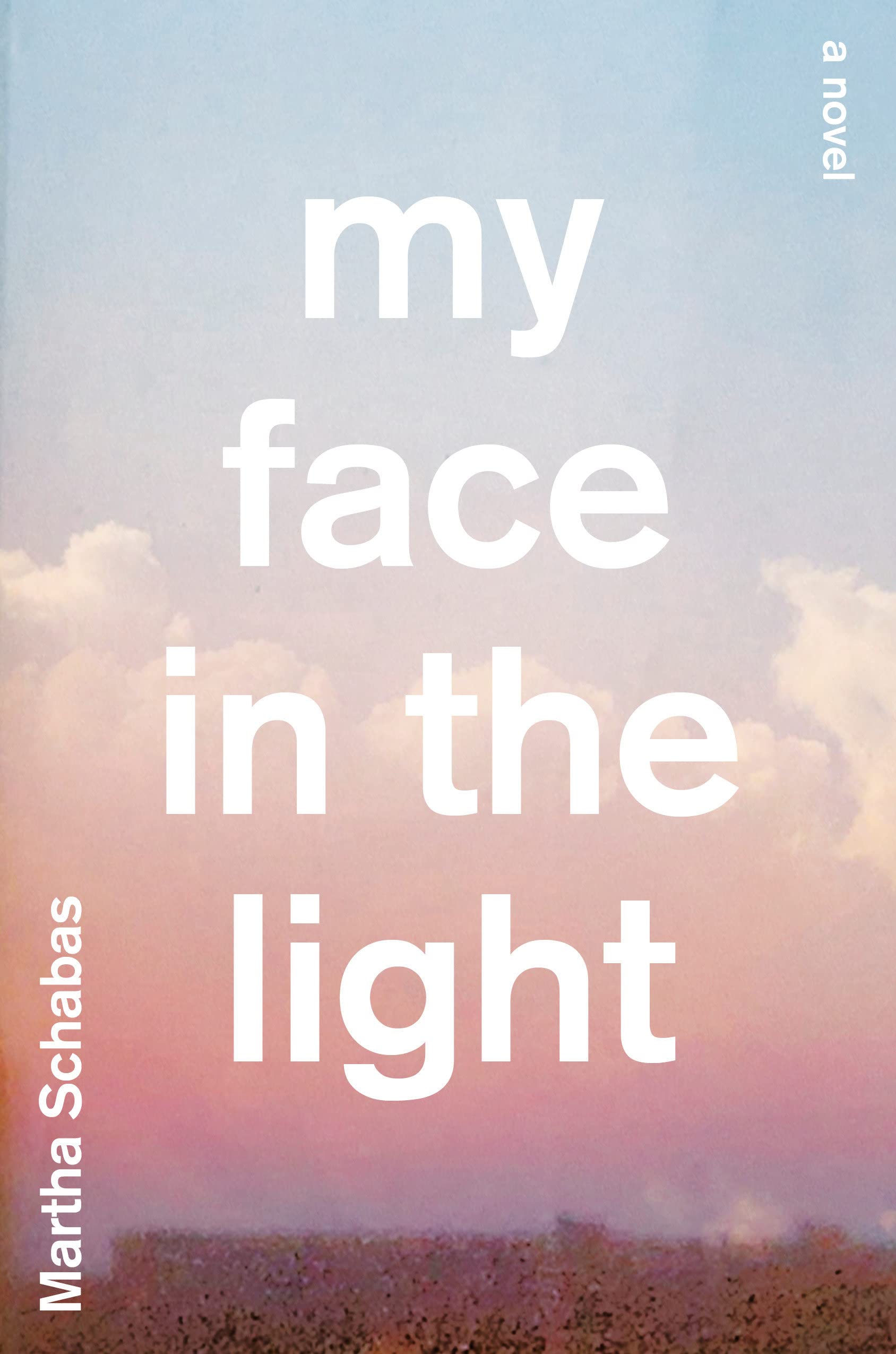 What I thought
I picked up this book on Canadian Independent Bookstore Day. It had been on my TBR since interviewing Martha a while back. What drew me to Schabas initially wasn't her writing, it was her background in dance and her work as a critic for The Globe and Mail. I grew up dancing, and even when I stopped dancing, my love for it never went away. When I ran my previous blog, I was invited to attend a solo performance by Roberto Bolle in Los Angeles, and a highlight was interviewing him after the show.
When I opened My Face in the Light, I knew I had come across something special. It almost felt as though I was reading a new genre. There's a beauty to Martha's writing, quite unlike anything I had read before.
In our interview, Schabas told me, “I wanted this novel to be absorbing on the sentence-level, to express really precise psychological and emotional phenomena in words.”
It was through Martha's prose, which flowed in a rhythmic structure from start to finish, that I was able to get a strong sense of protagonist Justine Weiss' personality. On the opening pages, we meet Justine in Toronto as she makes a visit to see her estranged mother, Rachel, an artist. Justine hasn't seen Rachel for two years, and doesn't know what she's going to say to her.
Schabas crafts the foundation of her narrative within the first few pages. She sets the locale using vivid descriptors with the power to transport the reader directly to Queen Street. Having lived just a short walk from there a few years back, I felt like I was walking alongside Justine, joining her for a coffee in one of the many third wave coffee shops that line the street.
Moving through the book, I grew attached to Justine. We're both twenty-nine, and we both fled our countries — while she flew to London, I departed the UK for Toronto, leaving my life and relationships behind in search of something I wasn't yet sure of.
Having also worked in the entertainment industry, I had a sense of what she might have been going through. I experienced her on a deep level; her emotions, thoughts, and behaviours. Martha portrays strong emotions accurately and with an exquisite eye for detail.
There's a scene in the book that happens at a nail salon. It could have been so simple, but it’s filled with an incredible amount of depth. A conversation takes place between Justine and her nail technician. Her name is Giulia, and although the interaction is brief, she's an unforgettable character.
“I found myself wondering about what Giulia had said, whether she meant that there was simply no point in regretting what we could no longer change, or whether the idea was more philosophical.”
Schabas moves effortlessly from line to line, page to page, and scene to scene, taking the reader with her. The writing was excellent. I wanted to hang onto each word, savour it.
While My Face in the Light wasn't a thriller or suspense novel, I couldn't peel myself away from it. It gave me the same feeling I get when I read those genres. I took Justine everywhere; to the laundry room, the café, on the Skytrain, and into the bathtub.
To conclude, the book felt like a work of art. The writing in itself, the rawness and depth, that was all I really needed to carry me through. I could picture Martha Schabas throughout, a writer and expert at her craft, penning this book. I thought of her moving around Toronto as she wrote, dreaming up Justine and the other intriguing characters like Rachel, Max, Marie, and Elias. Whether that happened or not is another story.
I recommend Martha's book if you're looking for something new, original, and a book that will bring about some rumination and inspire you to start writing. For some further exploration, you can read this excerpt, courtesy of Penguin Random House Canada.
Shout out to the incredibly talented Kate Sinclair on a beautiful cover design.
Martha Schabas is a novelist and critic. Her first novel, Various Positions, was published in Canada, the U.S., Australia and New Zealand. It was shortlisted for an Evergreen Fiction Award and named a book of the year by The Globe and Mail, Quill & Quire and NOW Magazine. She was The Globe and Mail’s dance critic from 2015-2020, where she also wrote about theatre and books. Her essays, arts criticism and short fiction have appeared in publications including The Walrus, Hazlitt, The New Quarterly and Dance Magazine.

My Face in the Light is available for purchase in hardcover format from Indigo or e-book and audiobook format from Kobo. Check Penguin Random House Canada for additional retailers.