In conversation with Martha Schabas

Martha Schabas is a novelist and critic. Her first novel, Various Positions, was published to critical acclaim. It was shortlisted for an Evergreen Fiction Award and named a Book of the Year by The Globe and Mail, Quill & Quire and NOW magazine.

Schabas was The Globe and Mail's dance critic for five years, where she also wrote about theatre and books. Her essays, arts criticism and short fiction have also appeared in leading publications including The Walrus, Hazlitt, The New Quarterly, and Dance Magazine.

Martha's second book, My Face in the Light tells the story of Justine — a woman who feels on edge in her marriage, her theatre career, and her relationship with her estranged mother. It’s the story of a young woman owning up to the lies she’s fallen in love with, and figuring out if she can still recognize herself when she finally lets them go.

My Face in the Light, publishing today with Knopf Canada, was named a Most Anticipated Book by CBC and The Globe and Mail, and received advanced praise from Giller Prize-winning author Johanna Skibsrud, who called it “Brilliant, provocative, and moving.”

As a former competitive dancer, I was thrilled to talk with Martha about her background as a ballet dancer, what advice she has for aspiring writers, some of her favourite things to do in Toronto, and what books she's been reading recently.

It's been almost ten years since your debut novel, Various Positions, was published. Was it your background as a ballet dancer that formed the foundation for the book?

Yes, my background in ballet was a huge part of the book, but only in a roundabout way. I actually never set out to write a novel about a ballet dancer. I wanted to write about young women, power and physicality and hadn't quite figured out what form that would take.

I originally imagined my protagonist as someone old enough to think deeply about these subjects, but as I wrote, I found myself dipping back into my own early teens, when I happened to be a serious ballet dancer. The fact that ballet was such a perfect metaphor for many of the themes of feminism and femininity that I wanted to explore seemed like a lucky coincidence.

It's been a while since I last went to the ballet, but I was deeply moved by a solo performance by Roberto Bolle in Los Angeles a few years ago. Which dancers were you always most thrilled to see perform in your role as dance critic at The Globe and Mail?

I've never seen Roberto Bolle dance—I'm envious! But I absolutely identify with the experience of seeing a dancer who is so mesmerizing, intense and surprising that it feels almost uncanny to perceive. That's my favourite thing about watching contemporary dance, the way it can feel like an externalization of an unconscious part of my brain, something I've dreamt of and faintly recognize but never imagined as actual expression.

With your second novel, My Face in the Light, out today, how are you feeling about readers meeting your protagonist Justine?

I'm excited. My Face in the Light feels so different from my first novel and I hope that readers are moved by Justine's struggle to make sense of her feelings, her marriage and her desires. I wanted this novel to be absorbing on the sentence-level, to express really precise psychological and emotional phenomena in words. I hope the reader will be drawn into these ruminations, and find beauty in what they reveal or suggest.

What advice do you have for writers out there hoping to get published, whether they have a few lines scrawled in a notepad, or a completed manuscript?

Be really stubborn about what you love about your writing and double-down repeatedly. And try not to worry too much! Try to focus on the joy that writing brings, those little moments of sublimity at your laptop.

You live in Toronto, the most multicultural city in the world. What are some of your favourite things to do in the city?

I love seeing movies from around the world at TIFF Lightbox, operas and ballets at the Four Seasons Centre, contemporary dance at Harbourfront and Winchester Street Theatre, plays at the Theatre Centre and exhibitions at MOCA.

I love a good classic French meal at Batifole or simple pasta and wine at Enoteca Sociale.

I take my 7-month-old on long walks in her stroller through the sprawling grounds of Prospect Cemetery, which are built into the hill ascending from Corso Italia all the way to Eglinton West. I dance a couple of times a week at City Dance Corps—they have airy new studios in a converted warehouse at Dovercourt and Dupont.

My two-year-old and I spend a lot of time at various public libraries and are particularly fond of the kids' section at the Dufferin/St Clair branch. They have a big fun house mirror mounted to the wall and huge frescoes of fairy tales.

What are some books you've picked up recently?

I recently read the debut Tides by Canadian Sara Freeman and was so impressed by its beauty and laconic power. I re-read Teju Cole's Open City and fell in love with its fierce intelligence all over again. I read Naben Ruthnum's literary debut A Hero of Our Time and found it intensely funny. Sight by Jessie Greengrass was a total revelation, so sharp, erudite and moving. 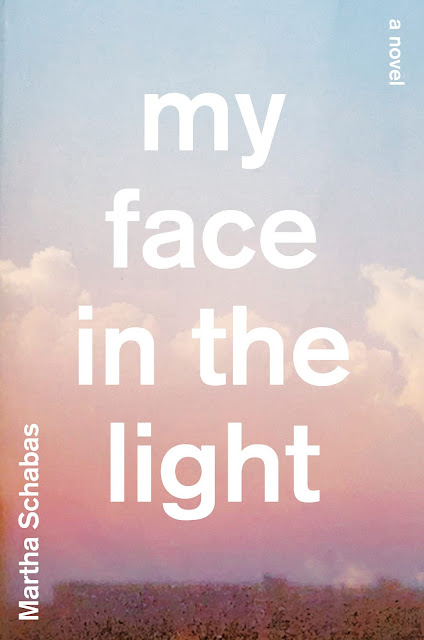 My Face in the Light is available for order in hardcover format from Indigo and in e-book format from Kobo. Check Penguin Random House Canada for other retailers.