Her life at a crossroads, a young woman goes home again in this funny and inescapably moving debut from a wonderfully original new literary voice.

Freshly disengaged from her fiancé and feeling that life has not turned out quite the way she planned, thirty-year-old Ruth quits her job, leaves town and arrives at her parents' home to find that situation more complicated than she'd realized. Her father, a prominent history professor, is losing his memory and is only erratically lucid. Ruth's mother, meanwhile, is lucidly erratic. But as Ruth's father's condition intensifies, the comedy in her situation takes hold, gently transforming her all her grief.

Told in captivating glimpses and drawn from a deep well of insight, humor, and unexpected tenderness, Goodbye, Vitamin pilots through the loss, love, and absurdity of finding one's footing in this life. 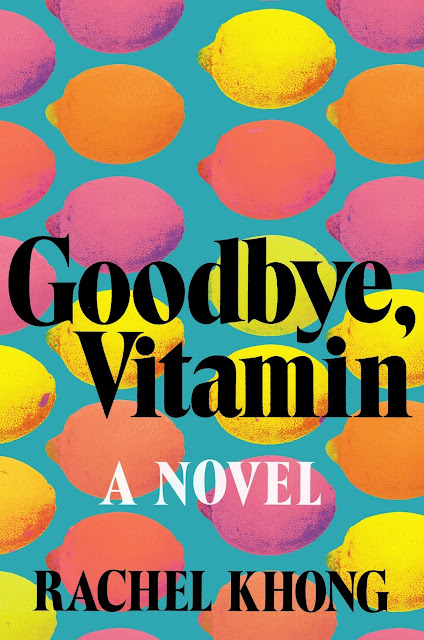 The past few books I've picked up have stated, “for lovers of Goodbye, Vitamin” somewhere within the blurb, and I've had it on my GoodReads TBR list for quite a while, so I was delighted to finally get my hands on a copy of this one.

I love a book with dry wit and deadpan humour, and was hoping for some of that in Rachel Khong's debut novel. Goodbye, Vitamin is an older book that hit the shelves back in 2017, and it clocks in at just about 200 pages, so a much shorter read, and perfect for a rainy Saturday morning.

Ruth Young, a thirty-year-old Asian American woman is the main character in this book. Readers get to know her through a series of journal entries that form the foundation of Goodbye, Vitamin. Ruth has recently quit her job as a sonographer in San Francisco and moved back home to Los Angeles to help her mother Annie take care of her professor father who is losing his memory to Alzheimer's.

Along the way, readers are introduced to an array of characters, including Ruth's younger brother Linus, her ride or die best friend Bonnie, and her father's teaching assistant, Theo. I really enjoyed reading about Ruth's interactions with other folks that she would encounter along the way, like Carl the endive truck driver for instance, and found that's when her little quirks would really shine through.

The diary entries weave between the present moment and old memories, particularly those shared with her ex-fiancé Joel, who recently left her for another woman.

All in all, despite the pace being a little slow, I found Ruth's humour was enough to keep me engaged. Goodbye, Vitamin is both heartbreaking, as Ruth's father's condition worsens, and heartwarming, as she opens herself up to the possibility of love again.

Mostly, this book explores being an adult and having to face the realities of aging parents and all that life has to throw at you. Overall, I found it entertaining, with Khong's writing style the exact kind that I enjoy.

I’ve been in a real reading slump lately, so I'm thankful for this book, because I really loved it. I found myself googling similar books as soon as I’d finished. For anyone interested, some others I found were Chemistry, Everyone in This Room Will Someday Be Dead (which I adored), and Writers & Lovers.

Rachel Khong grew up in Southern California, and holds degrees from Yale University and the University of Florida. From 2011 to 2016, she was the managing editor then executive editor of Lucky Peach magazine. Her fiction and nonfiction have appeared in Joyland, American Short Fiction, The San Francisco Chronicle, The Believer, and California Sunday. She lives in San Francisco. Goodbye, Vitamin is her first novel.

Goodbye, Vitamin is available to purchase in hardcover or paperback format from Indigo and in e-book format from Kobo.