I was keen to read this having recently enjoyed Lisa's last book, Three Women. I had a strong desire to read more of her work and thanks to Simon & Schuster I had the opportunity to do so before this beauty hit the shelves.

Just like Taddeo's previous book, Animal pulled me in immediately, Taddeo's prose like a lasso, restraining, gripping, and captivating me with her every word, hauling me on a visual journey with her. 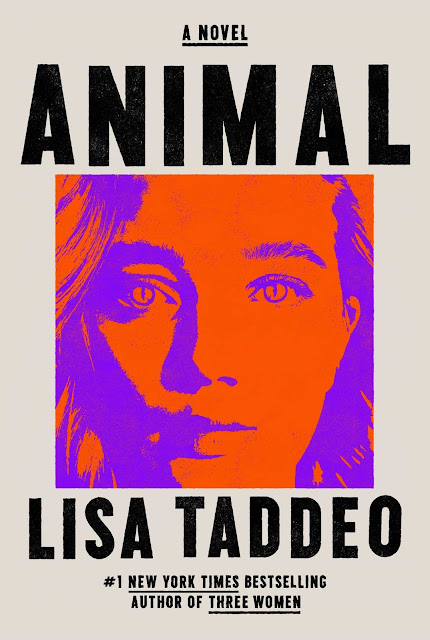 The book is centered around one character. Joan. She's alone, grieving the loss of her mother, father, and her latest fling. There is one person she thinks of, 2700 miles away in Los Angeles, a woman named Alice.
Alice doesn't know Joan exists, and Joan is harbouring a secret that could either bring them close together or tear them apart forever.
In her late 30s now, Joan has spent a lifetime facing unspeakable trauma, enduring the cruel acts of the men around her. Because of that, she "craved men who lived happy lives of which [she] would never be a part" and she learned to use men to get what she wanted when she wanted it.
Each man she met along the way was just another insignificant stand in for her dead father. She's trying to fill that void, and at the same time wearing her dead mother's clothes, while practicing the learned sex tricks of her dead aunt Gosia.
As the book goes on, the reader learns more of Joan’s pain and past traumas. What she’s seen, what she’s been through. The real tragedies that have brought her to where she is right now.
Lisa Taddeo has a unique way with words, words that will wrap their arms around you and grip you instantaneously.
This book took me on a ride deep into one woman’s psyche as she tries to find her way in the world. I found myself both loving and hating Joan, my thoughts changing intermittently with each page I turned.
And through Taddeo’s writing, just like Three Women, I felt like I was there with Joan, through every step of her journey, as she packed her bags in New York, as she drove to the West, and as she went through every devastating emotion, and yet still endured.
Animal is a compelling and absolutely gripping story, a brilliant debut novel from Lisa Taddeo. The book is available for pre-order through Indigo for release on June 8th. Other Canadian retailers can be found via Simon & Schuster.
Labels: adult books fiction simonschuster thriller
Location: Vancouver, BC, Canada