‘That first night, on the phone, Toby was so grateful that I wasn't going to make him pay for his abandonment of me or treat him like an injured kitten that he became giddy, and he laughed more and so I laughed more. And in our laughter we heard our youth, and it is not a dangerous thing to be at the doorstep to middle age and at an impasse in your life and to suddenly be hearing sounds from your youth.’

FLEISHMAN IS IN TROUBLE

Toby Fleishman thought he knew what to expect when he and his wife of almost fifteen years separated: weekends and every other holiday with the kids, some residual bitterness, the occasional moment of tension in their co-parenting negotiations. He could not have predicted that one day, in the middle of his summer of sexual emancipation, Rachel would just drop their two children off at his place and simply not return. He had been working so hard to find equilibrium in his single life. The winds of his optimism, long dormant, had finally begun to pick up. Now this.
As Toby tries to figure out where Rachel went, all while juggling his patients at the hospital, his never-ending parental duties, and his new app-assisted sexual popularity, his tidy narrative of the spurned husband with the too-ambitious wife is his sole consolation. But if Toby ever wants to truly understand what happened to Rachel and what happened to his marriage, he is going to have to consider that he might not have seen things all that clearly in the first place. 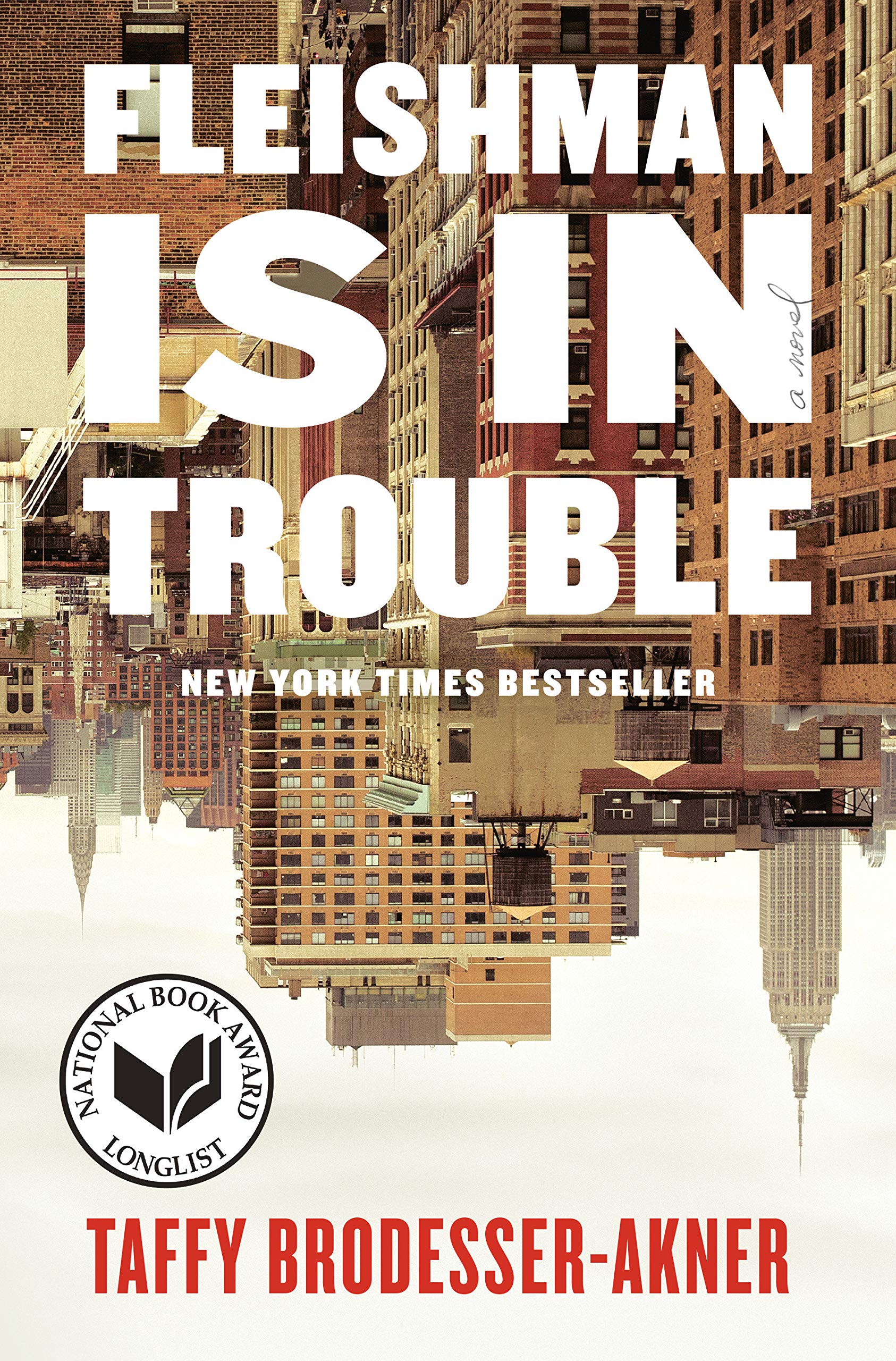 Review
Fleishman is in Trouble is more than I could have hoped for. It's a wholehearted story encompassing themes of friendship, family dynamics, and the anxieties of midlife.
The main story here is about Toby Fleishman, a forty-one-year-old hepatologist and father of two in the midst of a divorce who wakes up one day to find that his not yet ex-wife has abandoned him and the kids. This leads to the calling up of two old friends: Libby Epstein and Seth Morris.
Narrated by Libby, the story unfolds over the course of three to four weeks, during which Toby enters crisis mode wondering where the fuck could Rachel have gone?
Meanwhile, he's also dealing with a teenage daughter throwing tantrums and a son under ten who discovers porn on the internet, not to mention he's up for a promotion at the hospital and his patient has a rare case of Wilson's. Toby Fleishman really is in trouble.
There exists many tender moments in this book; Toby with his children after an incident at sleepaway camp while the three are sitting on a bench, and he's doing his best to explain what life will be like now, and Toby holding a one eyed dachshund called Bubbles and letting tears fall into its fur, then others where he's alone with Libby reminiscing on times past.
‘Look what a friendship could still be after all these years. It was a miracle, the pain that could be survived. It was a miracle what two people could move on from. It was a miracle what two people can see each other go through and still have love for each other. I looked at his face. I couldn't see signs of aging on him the way I saw them on myself. To me, he was exactly as I'd left him all those years ago.’
But with every story, there are two sides. And keeping Rachel in the narrative was clever. There's a moment in Fleishman that will make you think, ah, things aren't always as they seem. Plot twist.
Between reading about the frictions of the Fleishmans, I enjoyed Libby's story. She's a character I really loved, and I found the interactions she had with her husband Adam to be hilarious.
It was as if everyone was going through something monumental in their own lives, and as a reader it felt special to experience that.
‘Livers behaved in some erratic ways, sure, all the organs do. But the liver was unique in the way that it healed. It was full of forgiveness. It understood that you needed a few chances before you got your life right. And it wouldn't just forgive you; it would practically forget. It would allow you to start over in a way that he could not imagine was true in any other avenue of life. We should all be like the liver, he [Toby] thought.’
There were moments throughout that made me really laugh out loud, and others that were so heartwarming and lovely. Some even moved me to tears. I finished the book and wanted to experience it all over again.
In other news, the TV adaptation of Fleishman is in Trouble is out and boasts a star-studded cast including Jesse Eisenberg as Toby, Claire Danes as Rachel, Adam Brody as Seth, and Lizzy Caplan as Libby. Claire Danes is nominated for a Golden Globe and Critics Choice Award. Stream it now on Disney+.

Taffy Brodesser-Akner is the New York Times bestselling author of Fleishman Is in Trouble and a staff writer for The New York Times Magazine. She has also written for GQ, ESPN The Magazine, and many other publications.

Fleishman Is in Trouble is available in hardcover, paperback, and in audiobook format. Check IndieBound for a retailer near you.