The Only Plane in the Sky by Garrett Graff

‘Nearly every American above a certain age remembers precisely where they were on September 11, 2001. What began as an ordinary day became the deadliest terrorist attack in world history and the deadliest attack on the United States since Pearl Harbour, shocking and terrifying the global community, exposing us to unimaginable tragedy and evil, while also reminding us of the strength, bravery, and power of the human spirit.’

THE ONLY PLANE IN THE SKY

Garrett Graff tells the story of the day as it was lived—in the words of those who lived it. Drawing on never-before-published transcripts, declassified documents, original interviews, and oral histories from nearly five hundred government officials, first responders, witnesses, survivors, friends, and family members, he paints the most vivid and human portrait of the September 11 attacks yet.
More than simply a collection of eyewitness testimonies, The Only Plane in the Sky is the historic narrative of how ordinary people grappled with extraordinary events in real time: the father and son caught on different ends of the impact zone; the firefighter searching for his wife who works at the World Trade Center; the operator of in-flight telephone calls who promises to share a passenger’s last words with his family; the beloved FDNY chaplain who bravely performs last rites for the dying, losing his own life when the Towers collapse; and the generals at the Pentagon who break down and weep when they are barred from trying to rescue their colleagues.
At once a powerful tribute to the courage of everyday Americans and an essential addition to the literature of 9/11, The Only Plane in the Sky weaves together the unforgettable personal experiences of the men and women who found themselves caught at the center of an unprecedented human drama. 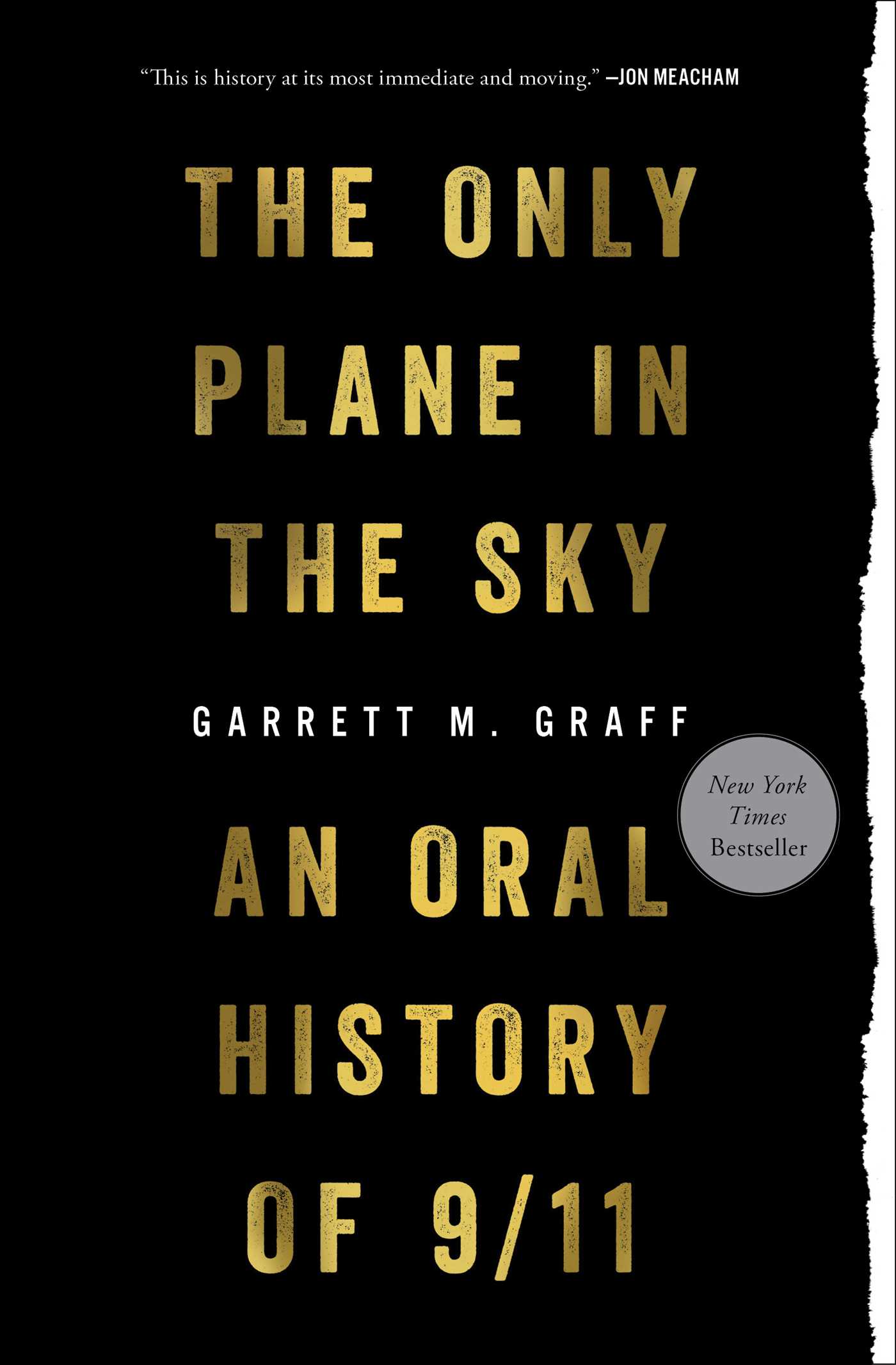 Review
The Only Plane in the Sky was deeply harrowing. As the opening quote from the book suggests, many remember exactly where they were when the attacks shook the nation, and the world at large.
Just eight years old at the time, and living in Belfast, Northern Ireland, I still remember the seeing the reactions of my parents as we watched the events unfold on the evening news. I couldn’t comprehend what was happening, but I knew it wasn’t good. As I grew older, and New York became a second home, I came to understand how 9/11 had affected the city, and how the trauma from that morning was still lingering years later.
Garrett Graff’s book is told through the lens of hundreds of individuals who were impacted by the events of 9/11, including survivors, the loved ones of those who didn’t make it, first responders, and government officials.
It’s essentially a book of thousands of quotes that give the reader a clear overview of the entire day, what happened leading up to the attacks, throughout, and the aftermath. It was eye-opening, as what I remember is different from what actually happened.
There are many accounts from this book that will never leave my mind, the names of those on board American Airlines flight 11, United Airlines flight 175, American Airlines flight 77, and United Airlines flight 93. Those trapped within the World Trade Center and the Pentagon, the individuals who sprung into action and showed compassion for others at a time of unimaginable horror.
Friar Michael Duffy, Todd Ouida, attorney Kenneth Feinberg, Lisa Jefferson at Verizon, and so many others who touched me.
Reading about that horrifying day, which led to more than 2,900 casualties, was absolutely gut-wrenching. It’s a moment in time in history that we as a population will not, and should never forget.
I read the book, and also listened to the audiobook, which is narrated by a mixed cast of 45 people, led by Holter Graham. It includes real individuals like Andy Card, former White House Chief of Staff under President George W. Bush. The award-winning audiobook is remarkable.
Graff’s book is an essential piece of literature that will live on and educate for many years to come.
You can learn more about 9/11 here, and read the names of the victims on the memorial here.
Garrett M. Graff, a distinguished journalist and bestselling historian, has spent more than a dozen years covering politics, technology, and national security. Today, he serves as the director of cyber initiatives for The Aspen Institute and is a contributor to Wired, CNN, and Politico. He’s written for publications from Esquire to Rolling Stone to The New York Times, and edited two of Washington’s most prestigious magazines, Washingtonian and Politico. Graff is the author of multiple books, including The Threat Matrix, the national bestseller Raven Rock, and the New York Times bestsellers The Only Plane in the Sky and Watergate.

The Only Plane in the Sky is available for purchase in hardcover, paperback or in audiobook format. Check Indiebound for a retailer near you.