The Family Outing by Jessi Hempel

“All change is abrupt, even the change that happens slowly over time. There's always a singular moment that defines it: It's the flip of a switch, the wrong turn, the letter opened, the instant of knowing. Afterward, you search back to see who you were in the seconds before the change. You try to experience the feeling of life you have just left. But it's as impossible as trying to conjure the feeling of snow in summer.”

Jessi Hempel was raised in a seemingly picture-perfect, middle-class American family. But the truth was far from perfect. Her father was constantly away from home, traveling for work, while her stay-at-home mother became increasingly lonely and erratic. Growing up, Jessi and her two siblings struggled to make sense of their family, their world, their changing bodies, and the emotional turmoil each was experiencing. And each, in their own way, was hiding their true self from the world.
By the time Jessi reached adulthood, everyone in her family had come out: Jessi as gay, her sister as bisexual, her father as gay, her brother as transgender, and her mother as a survivor of a traumatic experience with an alleged serial killer. Yet coming out was just the beginning, starting a chain reaction of other personal revelations and reckonings that caused each of them to question their place in the world in new and ultimately liberating ways. 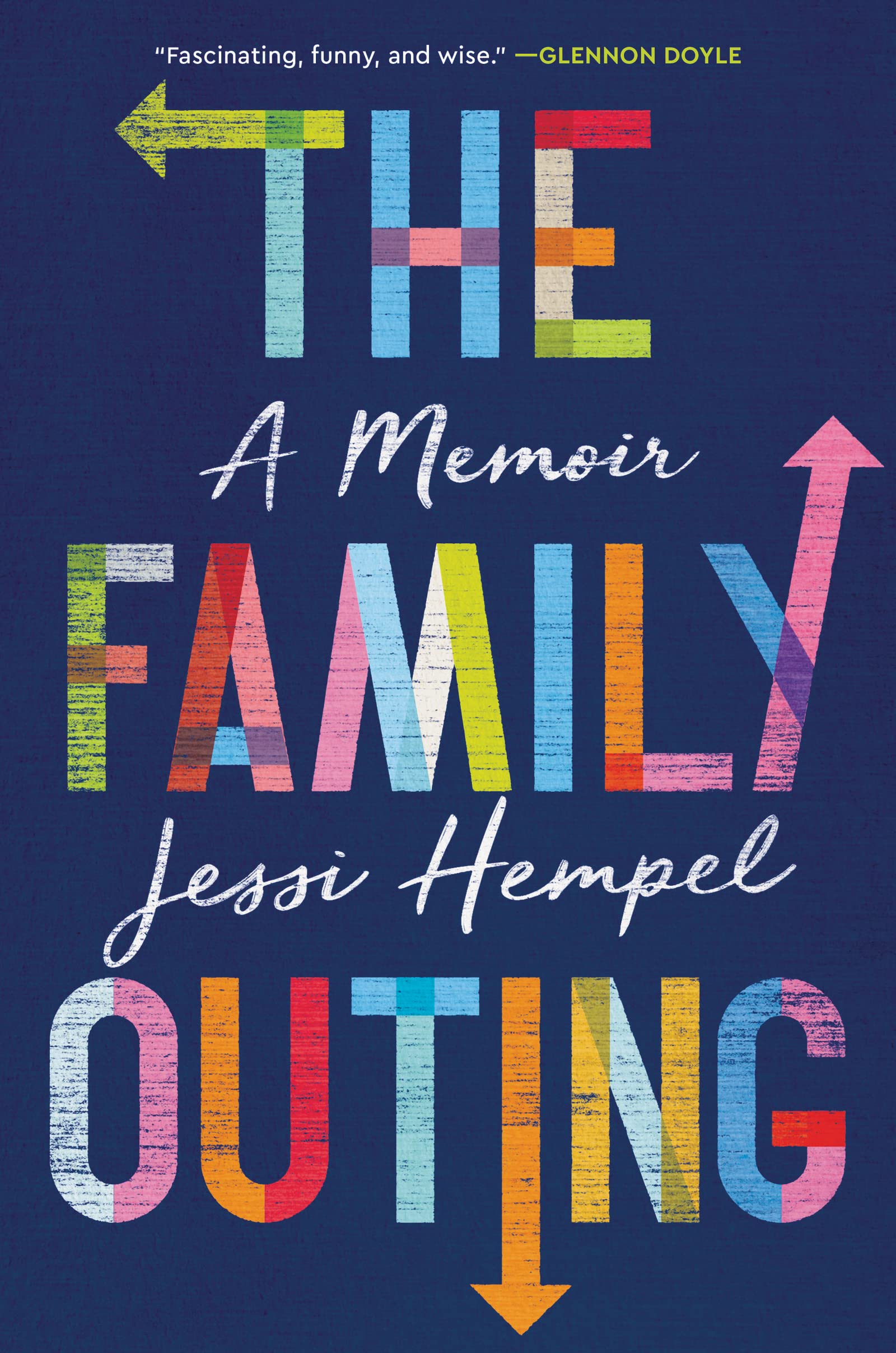 Review
This is not your average family memoir. In fact, it's quite far from it. I use the word family here, because although Jessi is the sole author, the remarkable result of this book took the efforts of each individual Hempel coming together to share stories spanning years.
The book as a whole is a tale of an unconventional family moving through life. Hempel recalls times of how they did so together and separately from young children to growing older, through illness to better health, and through tragedy to triumph.
Jessi has a wonderful sense of humour, and The Family Outing, while heartbreaking at times, was deeply funny at others. Hempel's mom, dad, and siblings were all entirely unique in what they brought to the story. Each one could really have branched into a memoir of their own.
You'll wonder why the Hempels haven't appeared on reality television by the time you reach the end. Maybe that’s one thing that made this book so special; it’s something to be discovered. A true literary gem.
One thing I most definitely felt at the end of reading was grateful. To Jessi, and the rest of Hempels for taking me along for the journey. It was quite an adventure, and one I most certainly won't forget.
Jessi Hempel is host of the award-winning podcast Hello Monday, and a senior editor-at-large at LinkedIn. For nearly two decades, she has been writing and editing features and cover stories about work, life and meaning in the digital age. She has appeared on CNN, PBS, MSNBC, Fox, and CNBC, addressing the culture and business of technology. Hempel is a graduate of Brown University and received a master’s in journalism from UC Berkeley. She lives in Brooklyn.

The Family Outing by Jessi Hempel is available in paperback format at Indigo or in e-book and audiobook format from Kobo.