Lessons (and Worries) from an Ink-Stained Life

Sullivan began her career at the Buffalo News, where she rose from summer intern to editor in chief. In Newsroom Confidential she chronicles her years in the trenches battling sexism and throwing elbows in a highly competitive newsroom.
In 2012, Sullivan was appointed the public editor of The New York Times, the first woman to hold that important role. She was in the unique position of acting on behalf of readers to weigh the actions and reporting of the paper's staff, parsing potential lapses in judgment, unethical practices, and thorny journalistic issues.
Sullivan recounts how she navigated the paper’s controversies, from Hillary Clinton's emails to Elon Musk's accusations of unfairness to the need for greater diversity in the newsroom. In 2016, having served the longest tenure of any public editor, Sullivan left for the Washington Post, where she had a front-row seat to the rise of Donald Trump in American media and politics. 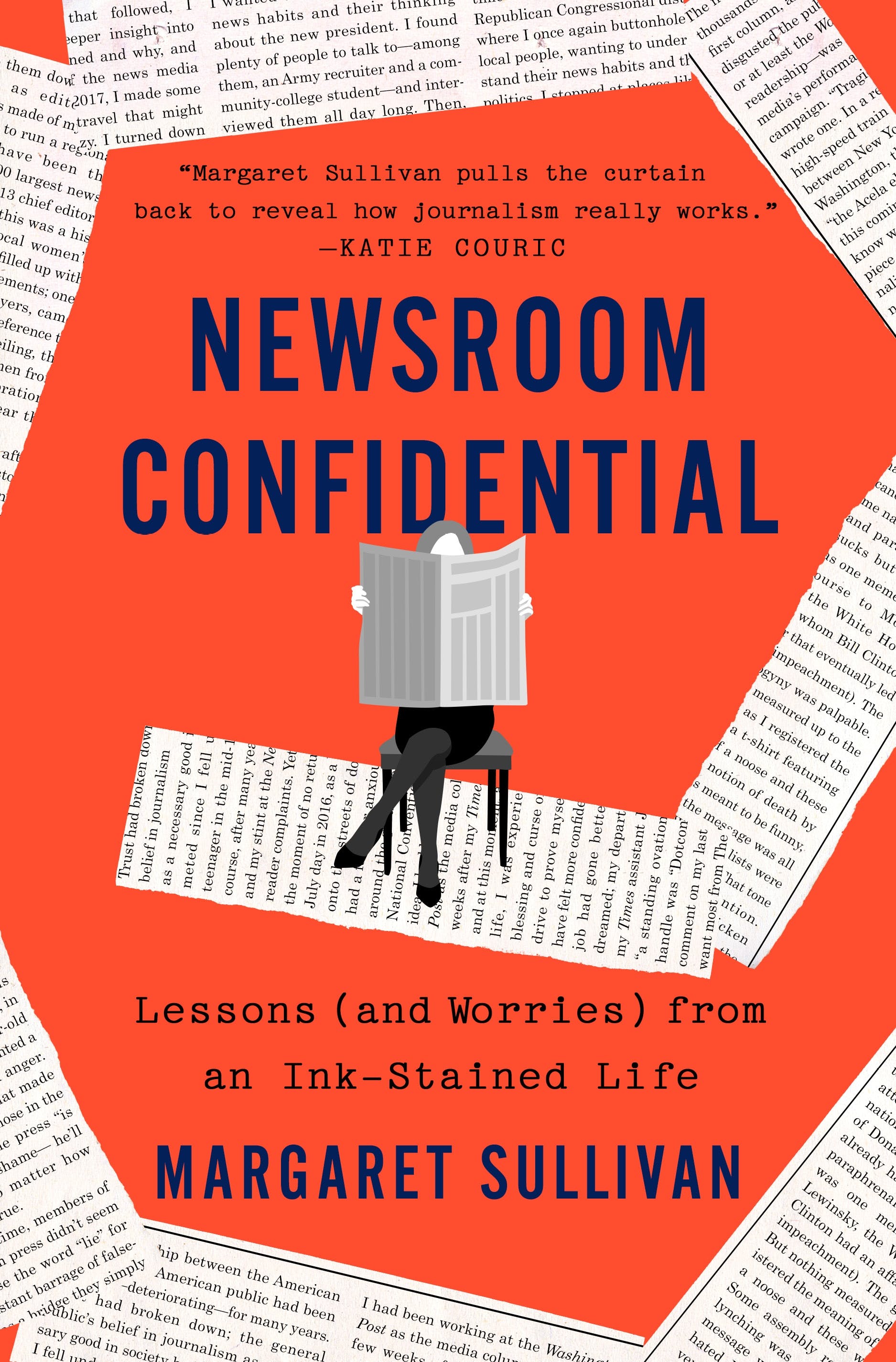 What I thought
As a whole this was a fascinating and unparalleled look into the global media landscape, dating back four decades when Sullivan began her career in the field, and up until now.
Sullivan has created a compelling narrative that speaks broadly about the inner workings of American journalism, which has a knock on effect on the world's population.
While I've been an international subscriber for years, through Newsroom Confidential, I was able to grasp just how influential a publication The New York Times really is, and it's through her role as public editor that Sullivan was able to shine a light on what really goes on behind the glass walled Pulitzer Prize-winning organization.
A page-turner from start to finish, Sullivan weaves in a lot of thought-provoking themes like the lead up to the 2016 election, the COVID-19 pandemic, and the January 6, 2021 United States Capitol attack.
As a writer, I appreciated Sullivan's advice toward the end. While it's a book that will appeal to many who wish to enter the world of journalism, I think Newsroom Confidential is also an interesting read for anyone consuming news in any format today.
Margaret Sullivan is the former media columnist for the Washington Post and has been a journalist for over four decades. She has served on four Pulitzer Prize juries, including as a chairwoman for the Commentary jury, and was a member of the Pulitzer Prize Board from 2011 to 2012. A faculty member of Duke University’s Sanford School of Public Policy, she has also taught journalism in the graduate schools at Columbia University and City University of New York. She was the first woman editor of her hometown paper, the Buffalo News, and she was also the first woman public editor of The New York Times. She won the 2021 Bart Richards Award for Media Criticism for her Washington Post columns, with the judges saying her work “sets the standard” for American media criticism. She is the author of Ghosting the News: Local Journalism and the Crisis of American Democracy. She lives in New York City.

Newsroom Confidential by Margaret Sullivan is available for purchase in hardcover format from Indigo and in e-book and audiobook format from Kobo.