A tremendously moving and breathtaking memoir from a naturally gifted writer, Normal Family is a book unlike any other

NORMAL FAMILY: ON TRUTH, LOVE, AND HOW I MET MY 35 SIBLINGS

What is a “normal family,” and how do you go about making one? Chrysta Bilton’s magnetic, larger-than-life mother, Debra, yearned to have a child, but as a single gay woman in 1980s California, she had few options. Until one day, while getting her hair done in a Beverly Hills salon, she met a man and instantly knew he was the one she’d been looking for. Beautiful, athletic, artistic, and from a well-to-do family, Jeffrey Harrison appeared to be Debra’s ideal sperm donor.
A verbal agreement, a couple of thousand in cash, and a few squirts of a turkey baster later, and Chrysta was conceived. Over the years, Jeffrey would make regular appearances at the family home, which grew to include Chrysta’s baby sister. But how much did Debra really know about the man she’d chosen to father her daughters? And as a single mother torn between ferocious independence and abject dependence—on other women, alcohol, drugs, and the adrenaline of get-rich-quick schemes—what secrets of her own was she keeping?
It wasn’t until Chrysta was a young adult that she discovered just how much her parents had hidden from their daughters—and each other—including a shocking revelation with far-reaching consequences not only for Debra, Chrysta, and her sister, but for dozens and possibly hundreds of unsuspecting families across the country. After a lifetime of longing for a “normal family,” can Chrysta face the reality of her own, in all its complexity? 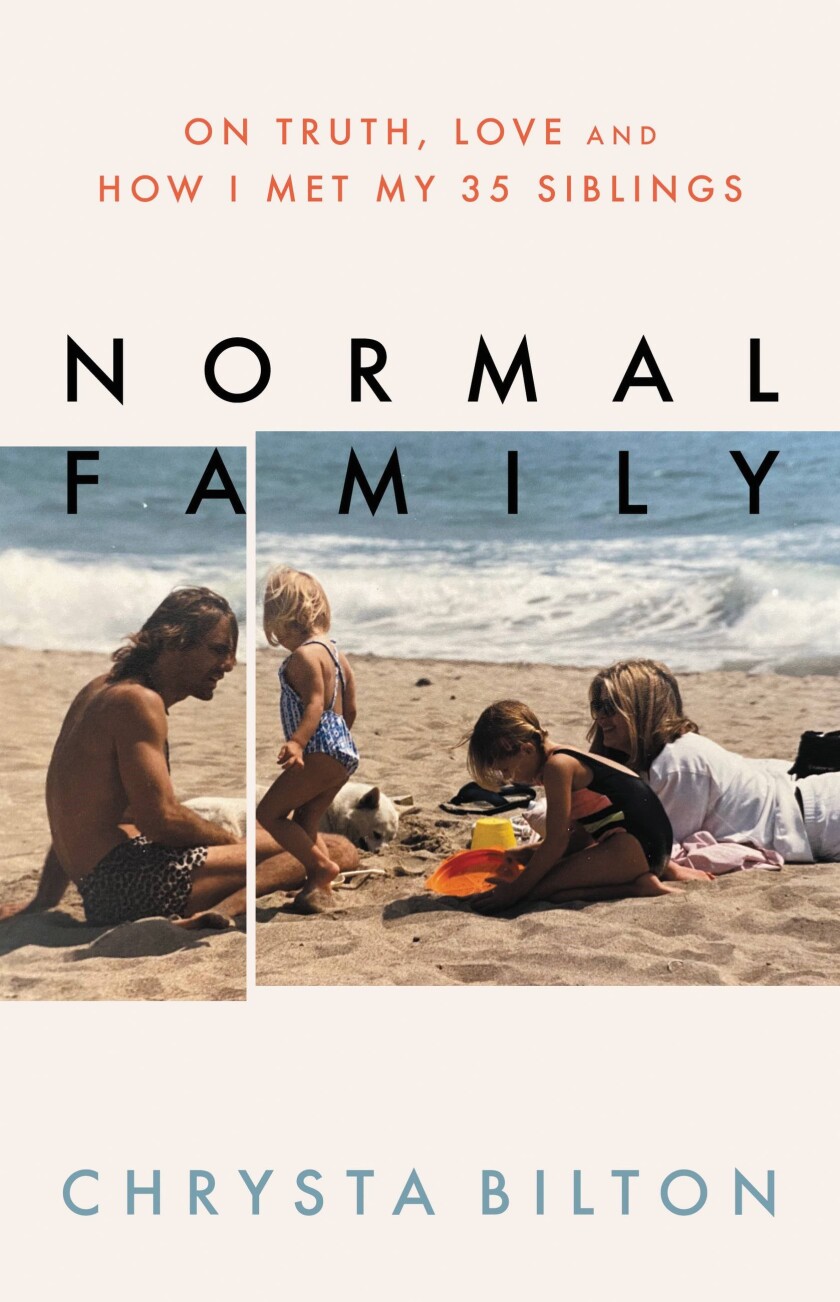 What I thought
This is by no means a normal memoir. It's an extraordinary, astounding, and mesmerizing account about one woman overcoming each and every obstacle that came her way, from childhood into adulthood.
The story of Chrysta Bilton is one you'll want to share with everyone you know.
Starting out Normal Family, we're introduced to Debra, a larger than life character with dreams of being a mother. As a gay woman, it wasn't easy, but she was persistent.
Her quest led her to an organization called the Repository for Germinal Choice (1980 to 1999), “which was giving away the sperm of Nobel laureates with the grand intention of “advancing the human race” through their generosity,” writes her daughter, Chrysta, looking back.
It sure seemed like the ideal choice for Olson, who was intent on her future child's looks and academic standing over all else. Unfortunately, the Repository had a clause denying both single women and homosexuals, two categories they deemed unfit to raise children. That didn't stop Debra, of course, a woman who will stop at nothing to get what she wants.
Regardless, the sperm of a “mathematics prodigy” from Stanford University that she selected didn't work out.
As she was about to give up all hope, Debra remembered a sign, quite interestingly, from Bagwan Shree Rashneesh, otherwise known as Osho, whom she had visited two years prior, and who told her that yes, she would indeed “have two little Buddhas.”
It was shortly after that, that she met Jeffrey Harrison by chance at a Beverly Hills hair salon. His charming manner, good looks, and esteemed background was all it took for Debra to decide that he would be the father of her future child.
Not long after, Debra’s daughter Chrysta was conceived using Harrison's sperm, who agreed to donate exclusively to Debra. Little did she know, Jeffrey was exposed to a lucrative profession that first day in the California Cryobank, and it wouldn't be his only visit.
When Chrysta was born, Debra did her best to give her little girl the best life she could, while struggling financially to keep their family afloat.
With Debra jumping from job to job, house to house, and partner to partner, that frequently meant that Chrysta was the byproduct of her mother's decisions, and she was forced to grow up too soon. While her life certainly wasn't without its adventures, from living in friend's homes, to moving into mega mansions — what Chrysta likely craved most was family and stability, and a father that stuck around for more than his pay check required.
Reaching adulthood, Bilton set her sights on Barnard College in New York, with the goal of leaving her past behind and starting afresh. “On the outside, I was doing okay, getting straight As in school and even making it on the dean’s list as I held down waitressing and babysitting jobs,” she writes.
Ghosts from her past lurked as she tried to rebuild her identity, “But inside, I was struggling with sometimes severe depression. And the truth was, leaving home had not really allowed me to escape any of the demons of my childhood.”
Later in her memoir, Chrysta talks more about her father, and her extended family. November 1985 had marked the beginning of a new career for Jeffrey, who became known as Donor 150 at the Cryobank, one year after Chrysta was born. “In total, Jeffrey donated sperm around five hundred times and provided the Cryobank with enough ampules for thousands of babies.”
Although he agreed to only donate to Debra, Jeffrey's donations were exposed on the front page of The New York Times. It was the beginning of a global media frenzy, with Jeffrey at the centre. Word got back to Debra, and eventually to Chrysta and her sister Kaitlyn.
All in all, Chrysta Bilton's memoir is a story that will stay on the minds and lips of readers everywhere for a long time. It's truly unforgettable, and so courageous. I highly recommend this to all.

Chrysta Bilton is an American writer who lives in Los Angeles with her husband and two children. Normal Family is her first book.

Normal Family by Chrysta Bilton is available for purchase in hardcover format from Indigo and in e-book or audiobook format from Kobo.