My Government Means to Kill Me by Rasheed Newson

“I’d found the haven for my mind, body, and soul. Everyone needs such a place. Don’t reject the space you gravitate toward just because the windows aren’t stained glass and the congregation isn’t saved.”

MY GOVERNMENT MEANS TO KILL ME

Born into a wealthy Black Indianapolis family, Earl “Trey” Singleton III leaves his overbearing parents and their expectations behind by running away to New York City with only a few dollars in his pocket. In the city, Trey meets up with a cast of characters that changes his life forever.

He volunteers at a renegade home hospice for AIDS patients, and after being put to the test by gay rights activists, becomes a member of the AIDS Coalition to Unleash Power (ACT UP). Along the way Trey attempts to navigate past traumas and searches for ways to maintain familial relationships—all while seeking the meaning of life amid so much death. 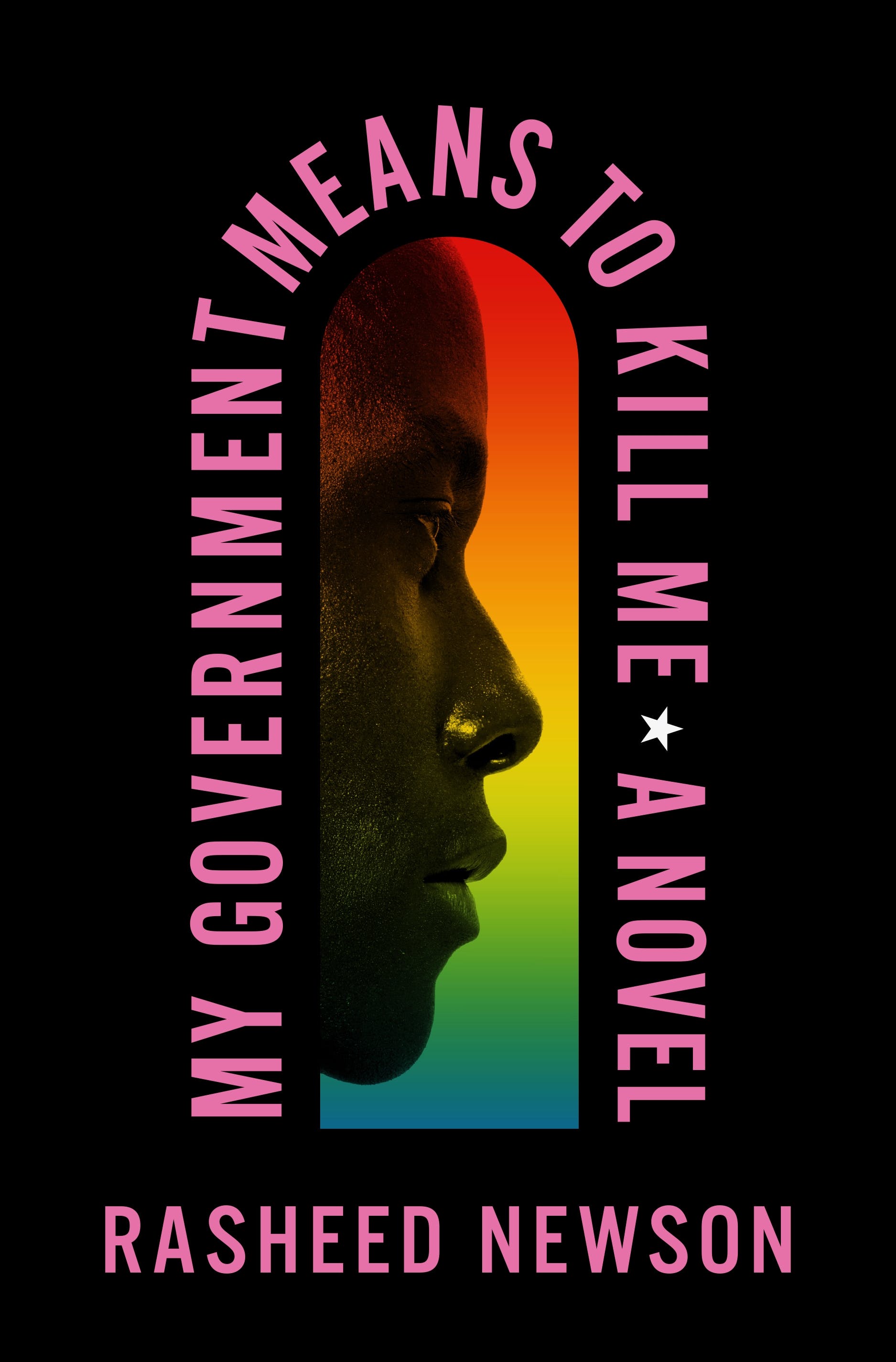 The reader meets protagonist Trey on the opening pages of Newson's My Government Means to Kill Me while he's reflecting on a courageous decision to leave Indianapolis and move to New York City in May 1985. Singleton has turned his back on a six figure trust fund and left his overbearing and non-accepting parents, Ward and Fiona.

He moves into the iconic Chelsea Hotel when arriving in Manhattan, and meets a man called Gregory. The two strike up a friendship and later move in together, sharing a studio on Mercer Street in SoHo. As much as Trey aspires to work in radio, it's a sign of the times when he's faced with homophobia during interviews and winds up working as a bike delivery boy for a woman named Zee in Chinatown.

At first, Trey struggles to find his place in his new surroundings, until discovering the Mt. Morris bathhouse in Harlem, where he encounters African American civil rights activist Bayard Rustin. His new friend educates him on the gay rights movement and the HIV/AIDS epidemic.

It's around this time in the novel that other real life figures who have shaped our world start appearing in Newson's book, like Marvin Liebman, Fred Trump, and a man named All-Star, also known as the Black Doodler.

Blending fiction with nonfiction was incredibly clever of Rasheed, who explained a tremendous amount of history using footnotes. Newson informed readers who various figures were and what parts they played in the civil and gay rights movements throughout the time that Trey would have been living in New York.

My Government Means to Kill Me felt like several stories contained within one larger story. It was one that drew me to the internet numerous times throughout. Newson's novel is more than just a book, it was a haunting and accurate portrayal of '80s New York City, an education on the gay rights movement, American politics, and an extraordinarily moving tale from a talented writer.

In his acknowledgements, Newson states, “the novel is inspired by the LGBTQ+ and Civil Rights movements in the United States. I am a lifelong student and benefactor of these twin histories. The movements to end discrimination based on race and sexuality are responsible for shaping my worldview and for making many of the freedoms I enjoy possible, and anyone who contributed to the advancement of liberty is a hero to me.”

All in all, this was a riveting, well-researched, and accomplished novel.

Rasheed Newson is a writer and producer of Bel-Air, The Chi, and Narcos. He currently resides in Pasadena, California with his husband and two children. My Government Means to Kill Me is his debut novel.

My Government Means to Kill Me is available for order in hardcover from Indigo and in e-book and audiobook format from Kobo.