A City and Its People in Our Time

In the wake of his celebrated book Londoners, bestselling author Craig Taylor moved to New York and spent years meeting regularly with hundreds of New Yorkers as diverse as the city itself. New Yorkers features 75 of the most remarkable of them, their fascinating true tales arranged in thematic sections that follow Taylor's growing engagement with the city.
Here are the uncelebrated people who propel New York each day—bodega cashier, hospital nurse, elevator repairman, emergency dispatcher. Here are those who wire the lights at the top of the Empire State Building, clean the windows of Rockefeller Center, and keep the subway running. Here are people whose experiences reflect the city's fractured realities: a Latina mother of a teenager jailed at Rikers, a BLM activist in the wake of police shootings. And here are those who capture the ineffable feeling of New York, such as a balloon handler in the Macy's Thanksgiving Day Parade and a security guard at the Statue of Liberty. What I thought
New Yorkers was one of the first books I reviewed for AD, and it's one of my most memorable reads. I also count it among one of my favourite and most cherished books.
I pass many of the books I receive onto others when I'm finished, but Craig Taylor's is one I'll never part with. I look at it every time I walk into my home library, and I'm reminded of the unforgettable characters within.
I was thrilled when I saw Taylor announce the paperback with a gorgeous new redesign. In celebration of the edition, I'm reposting an updated review and adding my interview with the author at the end.
Craig Taylor’s New Yorkers is a reminder of every reason I love New York City.
I remember my first time in the city like it was yesterday. It was July 2011, and Continental Airlines flight 95 hit the tarmac of Newark Airport at 1:45pm.

The plan was to spend the summer there, interning for a fashion company. It was my first solo trip, and I was spending it in the city I had always dreamed about. I had built up this image of New York in my mind from watching shows and movies, and reading about the city in every travel guide, magazine, and book I could get my teenage hands on.

Alicia Keys' Empire State of Mind was playing on repeat as my plane landed, and I felt like there was electricity running through my body, I was so excited. I still feel like that every time I arrive in New York, it's impossible to replicate that feeling anywhere else in the world.

I'll never forget what it felt like to come above ground from Port Authority Bus Terminal after taking transportation from Newark Airport, and seeing the city up close for the first time. I felt like I was home.

I really resonated with Antwon Shavers' story from the book. He says, “Every time I wake up in the morning, I always say to myself, “Wow, I’m actually here in New York.” That's how I felt every day that summer.

One of the first people we meet is Joy Kang, a doctor who grew up in Queens, but doesn’t see herself as a true New Yorker. She found out about a quiz called ‘Am I a New Yorker?’ with a “little online survey” which she did with her friend.

Joy might have meant this BuzzFeed survey, which I also took while reading. According to the quiz, I’m 54% New Yorker, meaning:

You're in the sweet spot between an expert New Yorker who's already seen everything and someone who still gets to explore awesome new sights with friends. The world is your oyster.

In a section called ‘Building Stories’, we meet Steve Rosenthal, the former owner of the Magic Shop, a recording studio on Crosby Street.

It took him about six months to build the studio, and at the beginning it was hard to get people in there. It took almost two years, but like a true New Yorker he persevered and things turned around for Rosenthal. One day, by surprise, David Bowie showed up at the Magic Shop, and that’s where he recorded The Next Day.

The reader later meets Ben Gardner, a member of personal staff for an ultra-high net worth family. I resonated with Ben’s story, having worked in the same role previously.
“The wealthy in New York — what they’re buying is time, and so they don’t care. The money isn’t an issue.” Ben goes on to say, “The super-rich don’t go out to dinner because it’s convenient. They go out to dinner because they have to. Convenient is having your chef whip you up something at home. It’s a different world.”

I once had to have a multi-million dollar painting fork-lifted out of a loft window in Soho. I had a few hundred dollars stuffed into the pocket of my jeans, just in case I needed to pay anyone off. It was both terrifying and exhilarating at the same time.

I arranged for the painting to be put into a crate and shipped off to Europe later that month — just another item on my to-do list. One of many crazy things I did on that trip to New York.

One of my favourite parts of the book was meeting Scott Wiener, a pizza guide. “I just always liked pizza,” he says. The self-proclaimed planet’s biggest pizza nerd and owner of Scott’s Pizza Tours, shares a wealth of knowledge with Craig in the book, and I’ve made a note to take one of his tours on my next trip.

In a chapter titled Pandemic City, we meet a nurse called Siobhan Clifford.
She says “The tidal wave of destruction brought by the COVID virus was fast and furious. The staff I work with had no idea what was going to be expected of us until we received an email asking about our nursing strength. I’ve been a nurse for over thirty years and have worked in many different departments. I did not feel prepared to work in an ICU, but I wanted to help in the best way I could.”

This chapter manages to capture the horrors of the pandemic with such accuracy as the cases continued to spike in New York and around the world. It was a reminder of how much we owe the front line workers for their services rendered during these traumatic times.

It’s easy to forget now, looking back, that at the beginning of the pandemic the hospitals were struggling severely to get a hold of PPE, so the medical staff really were putting themselves at risk daily. And at this point, we also didn’t know the full extent of what the virus was capable of.

At times throughout this book, my heart dropped into my stomach. One point in particular was the story of Gladys DeJesus, a retired 911 dispatcher who was working when the planes hit the towers. She explains when the first call came in, and her gut wrenching emotions can be felt through the pages.

Towards the end of New Yorkers, we encounter Edmée Reit, who discusses her passion for the arts “I can’t really imagine living in another American city. I have sixty-eight tickets for concerts and ballet between now and May. In February, they’re having a great bunch of things over at Carnegie Hall,” she continues, “Look what we have. Look what we have every night. I mean aren’t you stunned by what there is available?”

New Yorkers includes people from every walk of life. One of the most multicultural cities in the world, with over 200 languages spoken, and 40 percent of the NYC population born outside of the United States, this book manages to capture the cultural diversity that lives and breathes there.

The individual stories might not be revolutionary. But together, they are remarkable.

Revisiting Taylor's book again this year brought so many magical memories of New York to the surface for me. I felt a longing to be in the city again. It's been two and a half years since I was last there — the pandemic has kept me from the city I love most in the world. I always planned to move to New York, and maybe one day I will.

For now, I know I can open Craig Taylor's book, and he'll take me there. I should also mention that the accompanying audiobook for this is incredibly special.

Sharing my interview with the author from last year below. 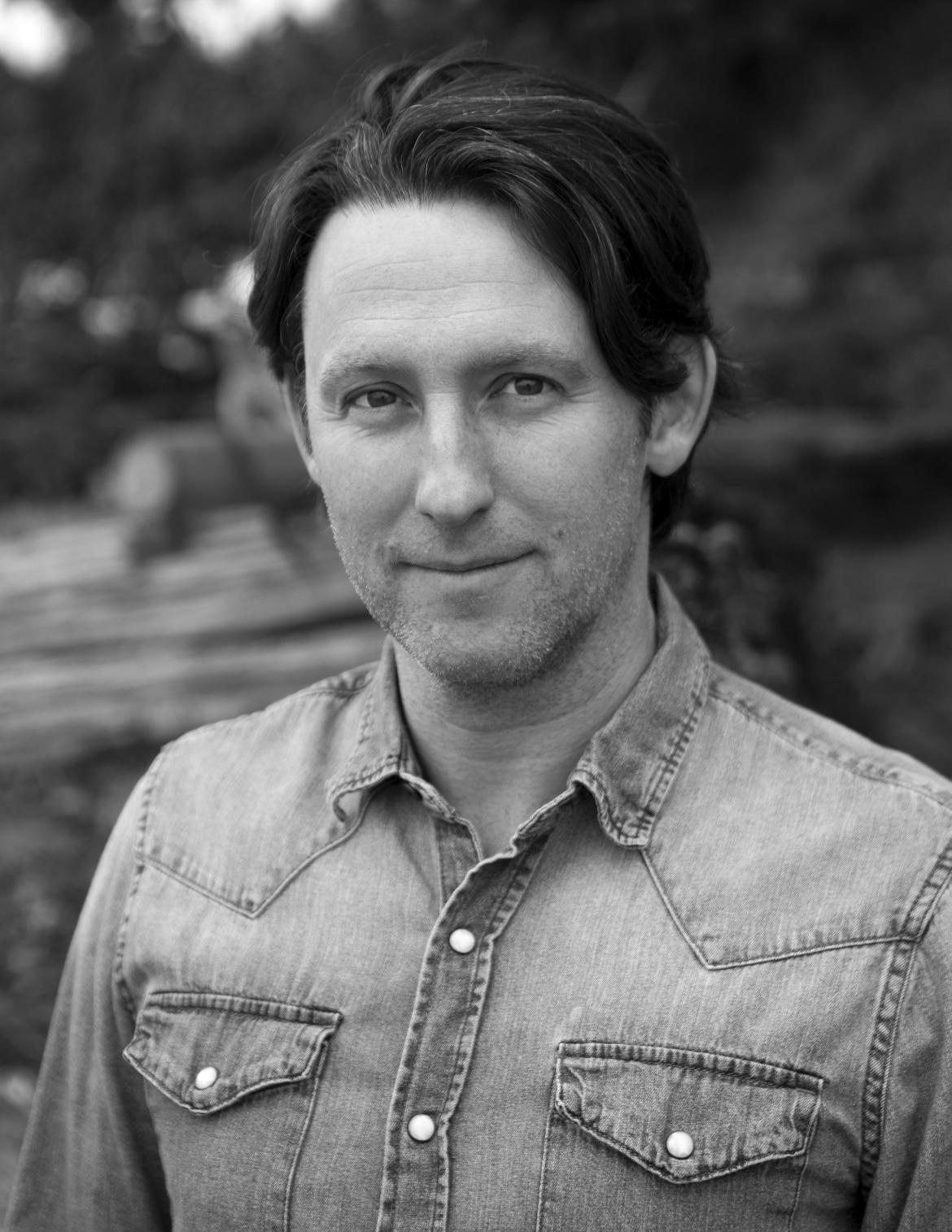 Could you tell me a little about one of the most intriguing characters from the New Yorkers book?
One of my favourite individuals in the book is Elliott Carter. He appears under the heading ‘recycler’. He’s been walking the streets of Manhattan for years. He picks up cans to recycle. But he’s not only a recycle. He’s a wise chronicler of New York. He’s got stories. He’s seen the sharper edges of the city. He knows how to survive in the toughest conditions. He’s become a dear friend.
What’s an ideal day in New York look like for you?
Walking the streets with an interviewee. Listening to stories of the city. Maybe eating a plate of baked clams at Donovan’s in Woodside for dinner.
How has your life been affected by the pandemic?
I had to leave NYC on March 21, 2020 in order to get back to Canada before the border closed. I got to hear from a distance, stories of the pandemic in New York. I spoke to doctors, nurses, patients, coroners, bodega employees, and felt, from this distance, the terror of April, May and June in the city.
What was the most challenging roadblock when it came to writing New Yorkers?
These sorts of books take time. There’s lots of legwork involved, plenty of phone calls, plenty of false starts. There’s no way to hurry up and write a book like New Yorkers. You have to spend time with people, hang out, return to them again and again. Time in the key.
What’s the best piece of advice you could give to a first timer in New York?
Push out into the boroughs. Ride the 7 train. Take in the wonders of Queens. Eat a plate of baked clams.

New Yorkers is available in hardcover or paperback edition from Indigo and in e-book or audiobook format from Kobo. Check Penguin Random House Canada for additional retailers.