In conversation with J. M. Miro

Joining me on AD's In Conversation With this morning is Pacific Northwest-based author J.M. Miro. Their forthcoming book, the first of three in a new series, Ordinary Monsters, is releasing with McClelland & Stewart on June 7.

Miro's debut, a mesmerizing work of historical fantasy, is set in Victorian London in 1882, and tells the story of The Talents — a group of children with mysterious powers who are escorted to the Cairndale Institute for their protection. Expertly written from multiple perspectives, the book primarily follows Charlie, a young boy who can heal himself, and Marlowe, who can melt or mend flesh.

Through an arresting and absorbing prose, Ordinary Monsters presents a catastrophic vision of the Victorian world —and of the gifted, broken children who must save it.

I interviewed Miro ahead of the release to talk about how they conceived the idea for the book, the cover design process, and how they found writing it throughout the pandemic. 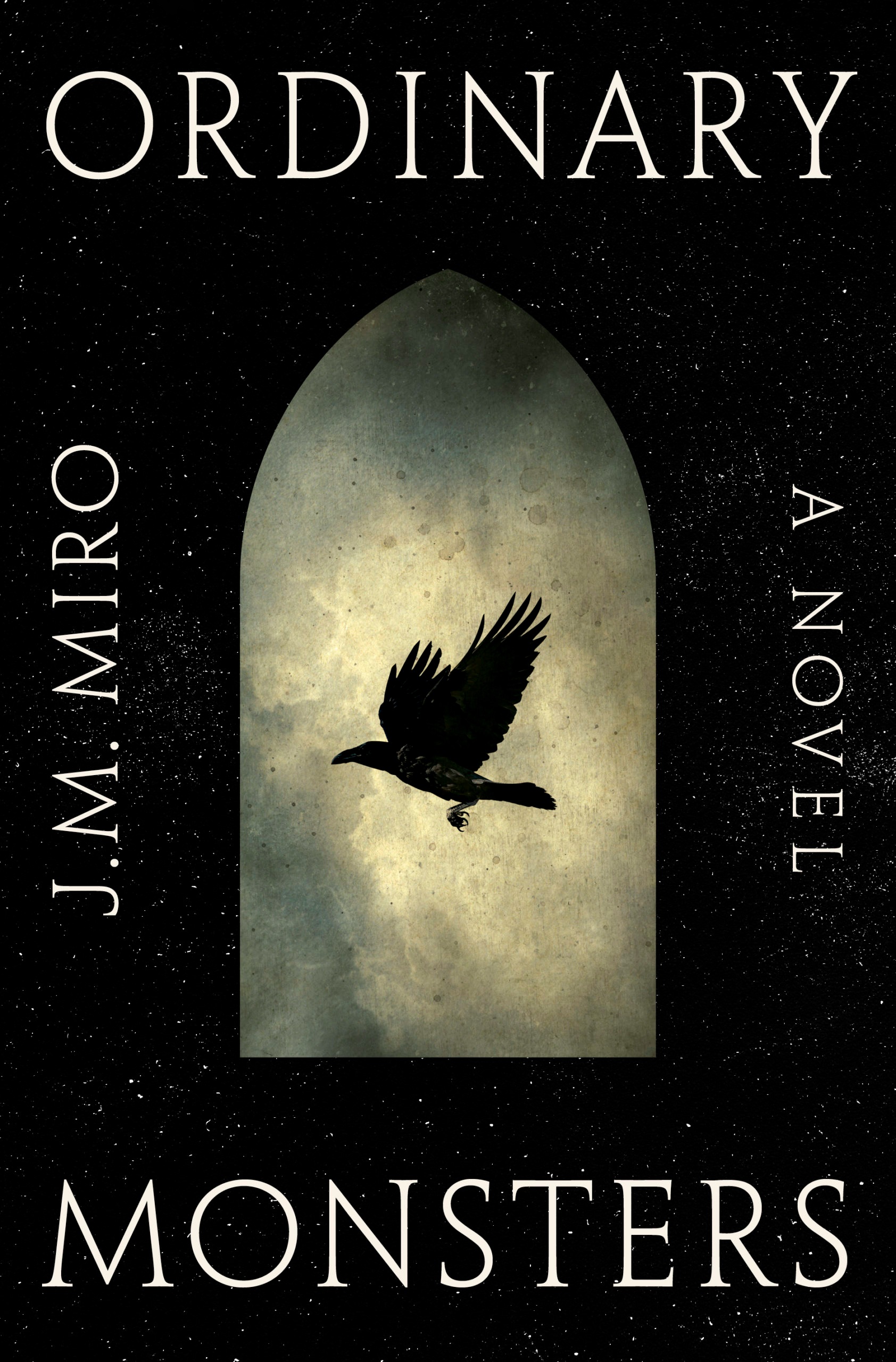 OM is the first book in a trilogy. What sparked the idea for this initial book?

I've always thought of The Talents as a single story, rather than three distinct books. I'd been reading fantasy literature for years (since I was a boy) but it was only after my wife and I had children, and started reading to them at bedtime, that fantasy stories started dreaming themselves up in the back of my brain. I was driving my children home from some activity or other when the premise came to me - children with unusual abilities, in Victorian London - and mentioned it off-hand when I got home. My wife stopped what she was doing and looked at me and said: That one. Write that one.

I'm struck by the cover of the book, which drew me to it right away. What did the design process look like?

It's beautiful, isn't it? I'm perhaps the wrong person to ask about how it was all put together, but I can definitely talk about its effects on me. It immediately struck me as mysterious, elegant, ominous, intriguing.

The brilliant designer, Keith Hayes, sent along an earlier draft of a design that I wasn't sure was quite right for the book as a whole; a few weeks later this cover arrived, like a gift. It's said ancient calligraphers would study their whole lives in order to produce a painted character in a single, smooth brushstroke, executed in an instant. This had that feel to it - whether it happened like that or not. It was as if it came to Keith complete, in a full gesture. I loved it from the moment I saw it.

Living in the Pacific Northwest, we're surrounded by beauty. Where do you draw inspiration from?

I've never quite been convinced by inspiration. It does seem to me a writer's work is done day by day, in small hard-won increments. Certainly in my experience. You just have to sit down and get to work, whether you feel like it or not. If you're a writer with young children, as I am, it's particularly important not to rely on inspiration. There's so little time!

Saying that, I do feel a deep affinity for the landscape around me. I grew up among the dark trees and mist-enshrouded coastlines of Vancouver Island, and feel a deep relief come over me whenever I return from away. We live near a beach, and I'll walk the sand on any given day and sit on the driftwood and feel at home.

How did you find writing the book during a global pandemic? What were some of the challenges you faced and how did you overcome them?

Certainly the most difficult thing was knowing how much fear and suffering was going on, daily. We were sad, and afraid, and worried, like everyone. My family was fortunate in that we lived in a corner of the world that was not as severely affected as others; the children were home from school, of course, and the stores were short of food and necessities at various points, but for the most part we were able to adapt without the kind of pain so many others suffered.

Writing the book was difficult, simply in terms of time. With two school-age children at home, my wife (who is also a writer) and I had to find some way to divide our days to give them some semblance of normality. We took half-days, each of us working with the children on their schoolwork for a part of the day. When not with the children, we would be writing. What this meant, of course, is that our writing days were confined to four hour days. But there was a clarity and simplicity to everything, at the same time, and the sweetness of having the whole family together for the duration.

Why did you choose to write this series under a pseudonym?

The pseudonym actually came first, curiously enough. I'd been writing for myself, pseudonymously, for some time. What happened was that I found, in my earliest attempts at SFF, that something was stopping me. The pseudonym seemed to give my imagination a kind of permission, the permission to tell the stories the way they needed to be told. It was almost as if I needed to become a second self. It's strange. I don't pretend to understand it.

When it came time to publish, however, my publishers and I did discuss how best to launch these stories into the world. They were supportive of whatever I needed to do. I wanted to honour the "second self" who'd written this book, and I also felt the pseudonym would be useful in distinguishing between this writing, and my writing in other genres. But I make no secret of it; my given name is easily found on-line.

What's the most memorable book you've ever read?

I don't know if there is a single book. I first read A Wizard of Earthsea by Ursula K Le Guin in sixth grade, at the suggestion of a generous teacher. It astonished me. That was the first moment, I think now, that I sensed the kind of ripple-effect literature can have on a person, the kind of deep ineffable impact. It wasn't only the spare poetry in the writing itself, how it seemed to be spoken in a voice that was very old, nor just the unusual worldbuilding, nor the clarity of the imagined quest. I think I could sense, even then, even as a small boy, that what I was reading was as much a metaphysical journey as a literal one, though I could not have explained it in such language. I never stopped thinking about that book. It became the first story, the first world that was always present in my mind, just out of view, a kind of companion and refuge for the lonely boy that I was. I still mark my beginning as a writer with that book. It changed me.

Ordinary Monsters by J.M. Miro is out June 7 and is available for pre-order now in hardcover format from Indigo and in e-book and audiobook format from Kobo. Check Penguin Random House Canada for additional retailers.

Labels: fiction in conversation with PRHCA
Location: Vancouver, BC, Canada