Behind anonymous screens, an army of cool and beautiful girls manage the dating service Ghost Lover, a forwarding system for text messages that promises to spare you the anguish of trying to stay composed while communicating with your crush. At a star-studded political fundraiser in a Los Angeles mansion, a trio of women compete to win the heart of the slick guest of honor. In a tense hospital waiting room, an inseparable pair of hard-partying friends crash into life’s responsibilities, but the magic of their glory days comes alive again at the moment they least expect it.
In these nine riveting stories—which include two Pushcart Prize winners and a finalist for the National Magazine Award—Lisa Taddeo brings to life the fever of obsession, the blindness of love, and the mania of grief. Featuring Taddeo’s arresting prose that continues to thrill her legions of fans, Ghost Lover dares you to look away. 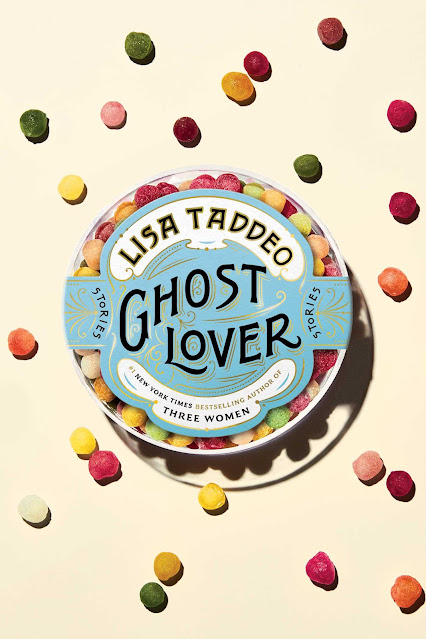 What I thought
Just like Three Women and Animal, Taddeo again had me hooked from the beginning, her prose immediate and arresting.
In Ghost Lover, the themes are similar — obsession, grief, trauma, and desire. Readers are introduced to Joan the prop master, Grace the estate manager, and Ari the influencer, along with many others.
The opening story, Ghost Lover, tells the tale of Ari. It's set against the luscious strip of the Malibu coast, where the protagonist lives in one of the well-known stilted beachfront facing homes. A self-made millionaire battling disordered eating, trauma, and obsession, she's a character that's hard to swallow, and one I will not forget.
We move from this story to the next, from one haunting scene to another.
Perhaps the most memorable story from the book was Grace Magorian, about an Irish woman living in America. Joining a match making service, Grace becomes obsessed with a man who goes by DigLitt. He's searching for the best woman in the world. I had this image in my mind of just who Grace was, her red hair floating above her naked body as she swam in the pool at the Hoppas' estate. The story left me questioning, where is Grace? Is she ok?
Joan, who we meet in a story called Beautiful People, is another memorable woman from the book.
The thing about Lisa’s characters is that they are always so unforgettable, from Lina, Maggie, and Sloane in Three Women, to Joan in Animal. Despite having read them last year, I feel I read both just yesterday.
Ghost Lover wrapped its arms around me and did not let me go. The scenes were palpable and viscerally unsettling at times, and the writing so incredibly powerful. This might be Taddeo's best work yet. It was a spectacular collection of shorts.
Bravo Lisa.
Lisa Taddeo is the author of the #1 New York Times bestseller Three Women, which she is adapting as a dramatic series at Showtime, and the novel Animal. She has contributed to The New York Times, New York, Esquire, Elle, Glamour, and many other publications. Her nonfiction has been included in the Best American Sports Writing and Best American Political Writing anthologies, and her short stories have won two Pushcart Prizes. She lives with her husband and daughter in New England.

Ghost Lover is available for pre-order (releasing June 14) in hardcover format at Indigo and in e-book and audiobook format at Kobo. Check Simon & Schuster Canada for additional retailers.