“I have so many stories. Sometimes I’ll remember the things that happened to me and I’ll just start laughing. I hope when I get to heaven God shows me a movie of my life. But just the funny parts. Not the in-between parts, ‘cause then we’d both start crying. Underneath all the laughs and gags, it was always about one thing: survival.”

In 2019, Humans of New York featured a photo of a woman in an outrageous fur coat and hat she made herself. She instantly captured the attention of millions. Her name is Stephanie Johnson, but she’s better known to HONY followers as “Tanqueray,” a born performer who was once one of the best-known burlesque dancers in New York City.
Reeling from a brutal childhood, immersed in a world of go-go dancers and hustlers, dirty cops and gangsters, Stephanie was determined to become the fiercest thing the city had ever seen. And she succeeded. 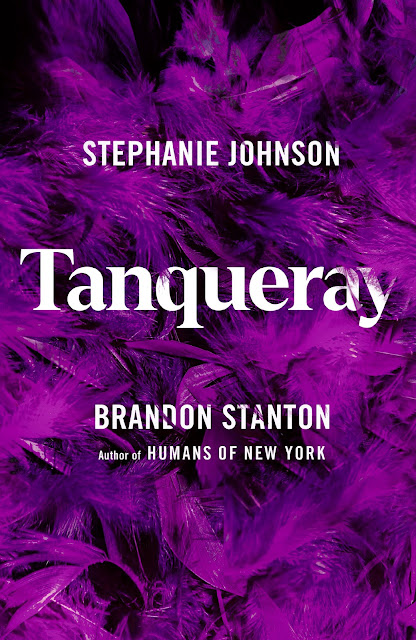 I took my first trip to New York in July 2011, and before then I had been dreaming about the city all my life. I spent the months leading up to the trip reading everything I could about Manhattan, and that's when I first discovered Humans of New York. I was mesmerized.
I've continued to follow HONY for the past eleven years, and have watched as Brandon has grown the community. I remember the day I saw Stephanie Johnson on my Instagram feed. Her presence was enough to make me stop in my tracks, take a pause from the mindless scrolling that I had become accustomed to, and read her story. I wasn't the only one.
Stephanie, known to her fans as Tanqueray, went viral in 2019. The world fell in love with her. Almost a year later, in an effort to raise money for her medical care, Brandon shared an additional thirty-two quotes from Johnson, and global followers raised over $2.5M for her through an online fundraiser.
“I’d underestimated the power of audience. I’d underestimated the power of Tanqueray,” Stanton writes.
Those quotes by Johnson went on to become part of this book. A story that Stephanie had always wanted to tell.
We hear of Stephanie’s hopes and dreams. Growing up in Albany with her mother and father. She had a fraught relationship with her mother who abused her.
Johnson talks of her hopes and dreams, one of which was to become a costume designer, inspired after having seen fashion ads in The New York Times. “I was so good I won a contest, and they put one of my dresses in a Katy Keene comic book.”
She goes on to say, “Of course I didn’t realize there weren’t any black costume designers. That’s the problem growing up in a white world. You think you can do anything that white people can do.”
Her tenacity as a performer in the 70s is awe-inspiring. There had never been a black performer with a feature show in a burlesque club, but Stephanie did it. “Make room for Tanqueray, because here I come,” she says.
There are so many layers to Stephanie's stories. I enjoyed the writing style, which felt like an intimate conversation and was quite beautiful. There's a new and unexpected adventure waiting at every turn of the page.
A heartwarming, dazzling, and moving memoir from a woman who has captivated the souls of humans everywhere. Hilarious at times, heartbreaking at others, Johnson's story is rich with humanity and is a stunning portrait of a life lived to the fullest.

“Maybe I can’t wear heels anymore, but I can put on my makeup. And I might not be able to dance but I can talk like I need to talk. To make people smile. To make them laugh. To keep them looking at me — so I can feel like I exist for just a few more minutes, before the lights go out for good.”

Tanqueray is available for purchase at Indigo. If you're in the United States, check Macmillan for retailers.