Skip to main content
Labels
Posted by Sean Loughran May 22, 2022

When You Call My Name by Tucker Shaw

WHEN YOU CALL MY NAME

Film fanatic Adam is seventeen and being asked out on his first date—and the guy is cute. Heart racing, Adam accepts, quickly falling in love with Callum like the movies always promised.
Fashion-obsessed Ben is eighteen and has just left his home upstate after his mother discovers his hidden stash of gay magazines. When he comes to New York City, Ben’s sexuality begins to feel less like a secret and more like a badge of honor.
Then Callum disappears, leaving Adam heartbroken, and Ben finds out his new world is more closed-minded than he thought. When Adam finally tracks Callum down, he learns the guy he loves is very ill. And in a chance meeting near the hospital where Callum is being treated, Ben and Adam meet, forever changing each other’s lives. As both begin to open their eyes to the possibilities of queer love and life, they realize sometimes the only people who can help you are the people who can really see you—in all your messy glory.
A love letter to New York and the liberating power of queer friendship, When You Call My Name is a hopeful novel about the pivotal moments of our youth that break our hearts and the people who help us put them back together. 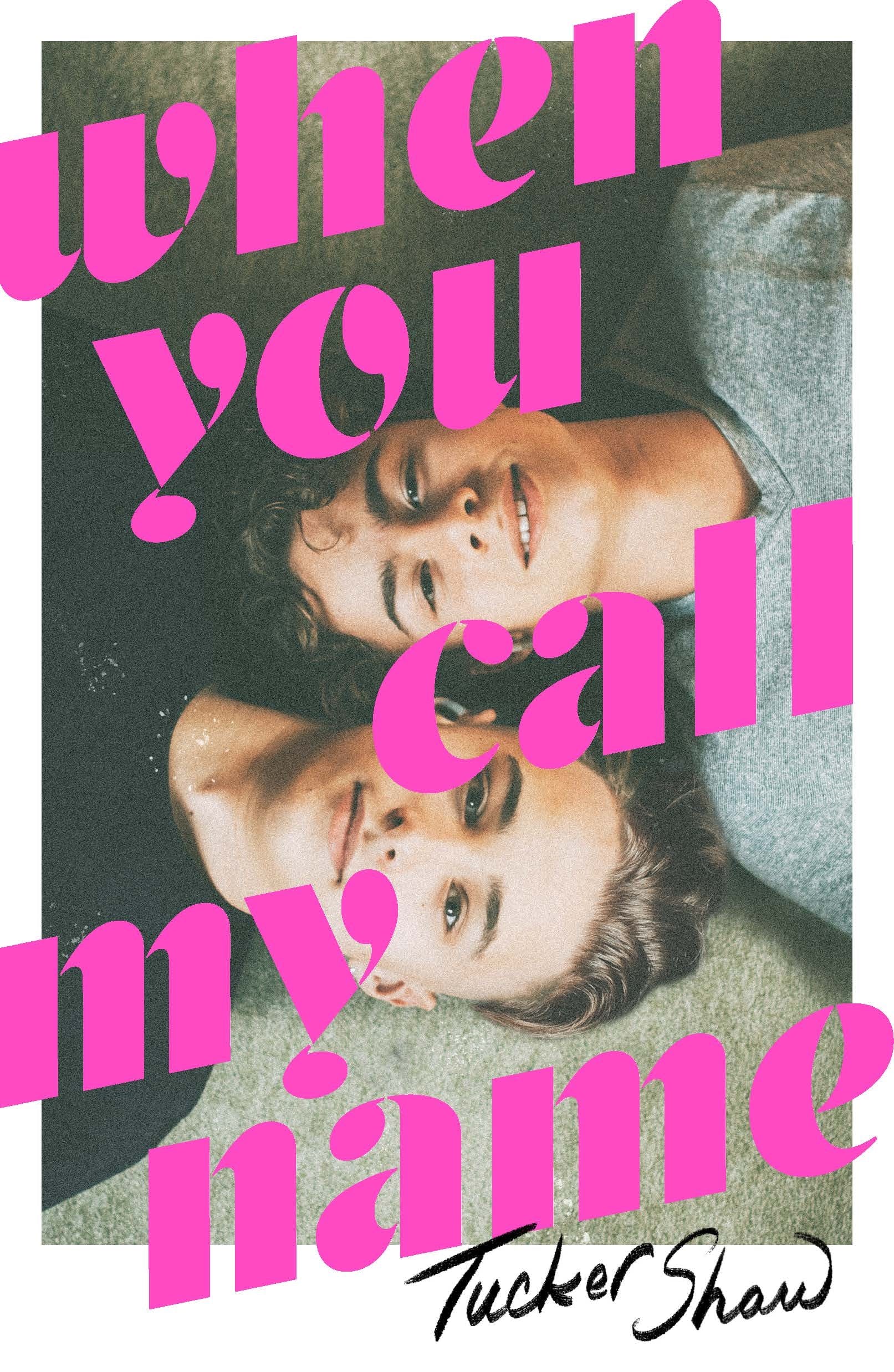 What I thought
Tucker Shaw’s novel opens on the streets of New York City in January 1990, where we meet a seventeen-year-old boy named Adam.
The scene switches to another part of the city, and readers are introduced to a character called Ben, traveling by Greyhound bus through Manhattan into Port Authority Bus Terminal. Ben's fleeing his home in Gideon, and a mother who refuses to accept him.
“Ben belongs here in the city, not in Gideon. Up there, he’s constantly reminded how much of a misfit he is. Weirdo, they call him, or freak. But down here, in the city, an odd boy with a dull expression and black eyeliner fits in just as well as anyone. He’s nothing special. Inconspicuous. He belongs.”
Alternating perspectives continue back and forth, between Ben and Adam throughout the remainder of the book, which takes place over the course of one year. Each boy develops incredibly well.
I felt a deep connection with Ben; our personalities and mannerisms felt very similar. We both arrived in New York with a passion for the fashion industry, and ended up assisting on photo shoots. Tucker's attention to detail when referencing the industry is incredibly accurate. It felt as though Ben and I were kindred spirits.
While Ben was going through his own challenges with his mother and self-esteem issues, Adam was facing another beast altogether. His boyfriend Callum ends up very ill, and Adam becomes his sole caretaker. I was moved to tears several times throughout the book reading about what he was going through.
Although this book is fiction, it's clear Shaw has done his research on this topic, and his author's note at the end explains it in more depth.
There are excerpts within the book that appear throughout, almost like little interview snippets, with questions, Tell me when you knew for sure, says one. They continue, and answers follow, anonymously. It makes sense in the end, but these felt so fragile and beautiful. I could relate to a lot of what I read.
The side characters that are introduced make for great pauses from the heavy topics; Victor, Jack, and their friends, Rebecca the fashion photographer, and Lily, a firecracker of a best friend — she's wonderful.
When You Call My Name is a mesmerizing love story between two young men in New York City. It felt electric, vibrant, completely unlike anything I had read before in this genre. Tucker's writing is simply stunning, it felt like pure gold. Everything in this book felt like it was in motion, beautiful from the first page.
While Shaw addresses some very strong and heavy themes, he does so accurately. Other themes are hopes and dreams, living life to the fullest, and coming-of-age, and it really did feel like a love letter to the city, a visual journey around New York.
An absolutely remarkable debut novel for young readers. It was tremendously moving, and I wanted it to last forever.

Tucker Shaw is a writer and editor who first found his family in New York City's East Village in 1991 when he was twenty-three. Over the decades he's worked in magazines, newspapers, and advertising, When You Call My Name is his first novel for Henry Holt Books for Young Readers.

When You Call My Name is available for purchase in hardcover from Indigo and in e-book and audiobook format from Kobo. I encourage my US readers to check MacMillan for retailers.