In conversation with Tessa Hadley

Tessa Hadley is the author of several critically acclaimed novels. Hadley's debut, Accidents in the Home, was released twenty years ago, and was longlisted for the Guardian First Book Award. Since then, Tessa has written many other works of fiction that are often realistic, set in Britain, and have a strong focus on women.

I first discovered Tessa while reading a short story she wrote called The Other One in the April 2020 edition of The New Yorker. She's been a regular contributor to the publication since 2002.

Hadley has also written for The Guardian, Granta, and other leading publications. Her books and short stories have won an array of awards including the O. Henry Prize, the Hawthornden Prize, and Edge Hill Short Story Prize. Tessa was also elected a Fellow of the Royal Society of Literature in 2009. She currently lives in London and is a Professor of Creative Writing at Bath Spa University.

Tessa's latest novel, Free Love, published by Random House Canada, was released in February. The book received advanced praise from many, including Publisher's Weekly, who stated in their review that it was "sumptuous and surprising."

I'm thrilled to chat with Tessa today about her life as a writer, her latest novel, and some of the most memorable books she's read.

You’ve had a tremendous career spanning twenty years. When did you first decide you wanted to be a writer?
I've written stories almost from the time I learned to read. My mother used to sew them into little booklets and illustrate them for me. There were many childhood novels which ran out of steam at about chapter three. I lost my nerve in my twenties when I was taking in the great writers and the scale and mystery of their achievement. But even though I was so full of doubt about my own ability to write - what did I have to say? — the desire to capture life in words wouldn't leave me — more like a compulsion than an ambition.
Your debut, Accidents in the Home, released in 2002, was longlisted for the prestigious Guardian First Book Award, how did your life change after that?
It wasn't the longlisting that changed everything - it was being published in the first place. That sense of having readers, real unknown readers out there, attending to your words, although you would never meet them in person… That changes the way you write and the way you think about your work. I was also so lucky to have a publisher who believed in me. I knew that as long as what I wrote was OK, he would go on trying to get it out there in the world.
Your recently released novel, Free Love, has received rave reviews. It centres on the Fischer family, specifically Phyllis, who experiences a sexual and intellectual awakening in 1960s London. Where did you draw the inspiration from for the novel?
﻿I made it up, I suppose, first and foremost. The whole story came to me in a rush — all its details and twists and turns, even the secret it keeps up its sleeve. Novels don't always come like that, sometimes getting the story right feels more like sweated labour. But of course it didn't come from nowhere. I wanted to capture that moment of transition in British life between an old world of hierarchy and deference, a rather grey chastened post-war London… and a new world of outrageous challenge, a huge careless confidence that there was a better way of doing things, a style full of colour and fantasy.
Putting these two worlds side by side in my book was such a writing opportunity. But I didn't mean to seem to favour one of those systems over the other. I hope that I have as much sympathy in the book for Roger and Jean and their world as I do for the counter culture Phyllis finds in West London.
Fans of the book will be excited to hear that Free Love will be adapted for the screen, with Lorenzo Mieli attached to produce. I’m already wondering who will do justice to the part of Phyllis. How did you feel when you heard the news?
﻿This is a new thing for me and I still have to learn what it might feel like, if the adaptation were to happen, to see the characters and story I've invented come to life in another medium — I'm passionate about film and good TV incidentally. I can imagine there might be a bit of trepidation and a lot of excitement. I have loved things Lorenzo has produced, so it's immensely flattering and thrilling that he saw potential in Free Love.
To the aspiring writers out there, what are the keys to success in the publishing industry?
﻿Probably the key is not to think about the publishing industry too much or try to second guess it. Instead, focus on writing the best book you have in you, and making it as good as you can. Read, read, read. Then write and fail, write and fail, until one day you write some sentences or a story which feels true. There may be a quicker route to being published, but I don't know it.
What’s the most memorable book you’ve ever read?
﻿It's probably the best books you read as a child which you remember most vividly — all your life, perhaps. The Secret Garden by Frances Hodgson Burnett, or Tom's Midnight Garden by Philippa Pearce. Both about time and change, youth and age, the hidden secrets which children uncover. 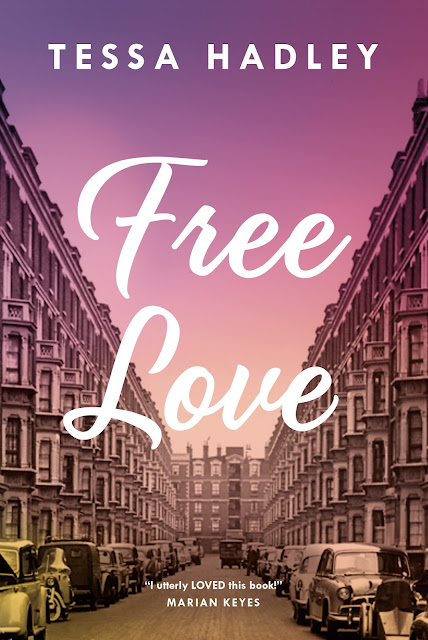 Free Love by Tessa Hadley is available for order from Indigo in paperback edition or from Kobo in e-book and audiobook format. Check Penguin Random House Canada for additional retailers. If you're reading from the US, I invite you to check IndieBound.