Skip to main content
Labels
Posted by Sean Loughran May 30, 2022

In conversation with Lydia Conklin

I'm delighted to welcome acclaimed writer and artist, Lydia Conklin, to AD's In Conversation With this morning. Conklin's writing has appeared in Tin House, American Short Fiction, The Southern Review, and other publications, and their cartoons have been published by The New Yorker and Narrative Magazine.

Lydia has been the recipient of a number of notable awards, including three Pushcart Prizes. They have also received tuition scholarships and fellowships from Bread Loaf, James Merrill House, the Santa Fe Art Institute, and Harvard University, to name a few.

Their story collection, Rainbow Rainbow, publishing tomorrow with Catapult Books, has received advanced praise in the form of two starred reviews, from Publisher's Weekly and Kirkus. It's also been named a most anticipated book of the year by Time, Lit Hub, The Millions, and others.

Lydia and I caught up ahead of the release to talk about turning their passion into a profession, where they draw inspiration from for art, and with Pride approaching, I asked Conklin, what does Pride mean to you?

When did your love for writing start, and how did you turn your passion into a profession?

I started writing even before I could actually write. My mom would take a blank pad of paper—I remember they had these flimsy glued bindings almost like a real book even though the pages were transparent and very poor quality—and I would dictate a sentence for her to put on the bottom of each page. Then I would draw the illustrations above. A lot of the stories involved bands of woodland creatures and bloodshed and mostly they ended with rainbows—so not a lot has changed.

Turning my passion into a profession was a much more complex journey. I took fiction workshops in college, though I didn't major in creative writing. After college, I worked an office job for four years. I continued my writing practice by having a writing group which meant monthly. I was so lucky to have that community—it got me through! After that, I went to get an MFA at the University of Wisconsin-Madison, and then spent the next decade stringing together teaching gigs, freelance work, residencies, and fellowships, until I finally I got a tenure track job just this year, and can finally live in one place and have a steady income.

You're not only a published writer, but you've also contributed comics to some of America's leading publications. Where do you draw inspiration from for your art?

I would say my comics and writing are often drawn from the same sources of inspiration: my own life, the varied queer and trans experience, and the stories of the people around me. My work comes out differently in comics, but at root it's the same: a balance of humor and darkness, and an exploration of the many faces of queerness. Just sometimes the characters are dogs! I've always loved drawing since I was a little kid so that practice comes easily to me, and I find drawing much more relaxing and meditative than writing.

Rainbow Rainbow is on sale tomorrow and has received glowing praise from many. How are you feeling about your debut hitting the shelves?

I feel excited and astounded that it's out there and that people are speaking of it! It's overwhelming at times. I feel like I'm just a bit extra vulnerable all the time now, because of the exposure. But I'm excited for people to read it and to hear from readers. And I am frightened of trolls!

What did the writing process look like for your collection of shorts?

I've been writing these stories for a very long time. The most elderly story is over a decade old. My process involves writing stories and getting as far as I can on them, then sharing them with trusted readers, then putting them away, then cycling back to them over the course of years to begin the same process again and again. That way I can see them with new eyes and make more brave edits on them.

I have written so many stories—a disturbing number—but only a tiny fraction of that number made the final cut for the book. I realized that some of the stories I'd written were like different stabs at the same story, and only one of each could exist together in the collection. After I edited them down for the manuscript my brilliant agent Samantha Shea whittled down the number even further, and then when I was matched up with my genius editor Leigh Newman at Catapult, she edited them even further. It was a long but exciting process, which felt like years of toiling and then a lot of exciting progress at the finish line.

Pride month is approaching in many cities around the nation. What does Pride mean to you?

I'm so glad for Pride being in so many cities across the country. The visibility is so inspiring and I love the combo of different groups that come together at those events. Even the smallest, most humble parades are always so moving to me, even though I actually don't love being in a massive crowd. Pride for me, in the abstract sense, is about owning my identity and my community: showing up for the other queer and trans people in my life and supporting them in whatever ways I can.

What's a book you wish you could read again for the first time?

That's a hard one! Revolutionary Road is a book I read over and over again. I'm obsessed with how Yates was able to craft a book which had such an apparently dreary plot but such engaging and urgent interiority and such brightening writing. There are images from that book that I'll never forget. To read it again would be wonderful even though it's so bleak. Two recent books by friends and admired writers that I would love to read again for the first time are The School for Good Mothers by Jessamine Chan and Out There by Kate Folk. I think about them both nearly daily. 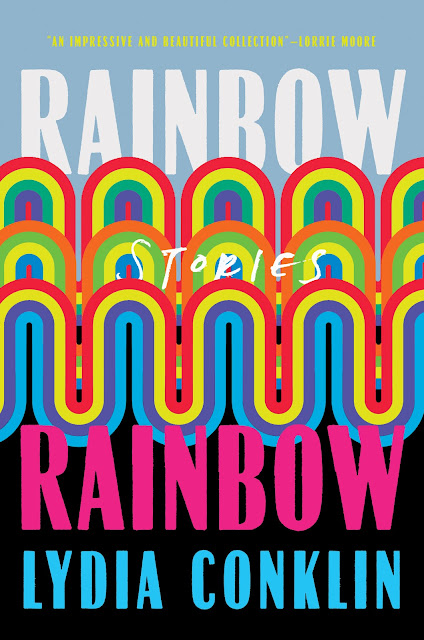 Rainbow Rainbow is available for purchase in hardcover format from Indigo or e-book format from Kobo. Check Penguin Random House Canada for all other retailers. If you're in the US, head to Cataput to find a retailer near you.

Labels: catapult in conversation with PRHCA
Location: Vancouver, BC, Canada