Skip to main content
Labels
Posted by Sean Loughran May 20, 2022

In conversation with Caitlin Barasch

Caitlin Barasch was born and raised in New York. She earned her BA from Colorado College and MFA from New York University, where she also taught creative writing. Caitlin's work has appeared in over a dozen publications, and has been nominated for Best Small Fictions.

A former bookseller, Barasch is currently a creative writing instructor at The Writers Circle. I really enjoyed a piece she recently wrote for one of my favourite publications, Catapult, called Selling Books Helped Me Get My Groove Back.

Caitlin and I connected earlier this year over email to discuss her debut, A Novel Obsession, which was selected as a Good Morning America Buzz Pick, and named a Most Anticipated Book by The Millions, BuzzFeed, Bustle, and more.

We talked about the writing process, her intriguing protagonist Naomi, the captivating cover design by Vi-An Nguyen, and what advice she has for struggling writers.

Caitlin, I’m thrilled to chat with you today. Your debut, A Novel Obsession, has been out for a few weeks now. How does it feel to see your book in the wild?

It’s absolutely surreal. Friends of mine send me pictures when they spot the book at their local bookstore, which is amazing (keep ‘em coming)! But the first time I saw it in the wild was actually totally unexpected because my local bookstore had put the book on-sale a few days before the official pub date, so when I saw it on the shelf, I did a very theatrical double-take. I’m still processing all of it.

What was your writing process like? Did you devote yourself entirely to penning the novel or did you continue to work your day job and write a few hours every day?

It changed from year-to-year—when I began the book, I had a full-time job and wrote at night. A year later, when I enrolled in an MFA program, I decided to primarily focus on writing and only work part-time instead—first at a literary agency, and then as an undergraduate instructor at NYU. When the pandemic hit, I moved back home with my family and basically wrote all day and into the night to revise my first draft.

I’m so intrigued by your protagonist, twenty-four-year-old bookseller, Naomi Ackerman. Where did you draw the inspiration from for your main character?

I worked as a bookseller in Brooklyn for nearly a year while also trying to write a novel, so I decided to make Naomi a bookseller and aspiring novelist, too! I wanted her to feel authentic, so building upon these foundational aspects of Naomi’s character allowed me to remain connected to her—even as she made increasingly outrageous decisions and deviated wholly from these autobiographical data points.

The cover is fantastically captivating. Expertly designed by Vi-An Nguyen, what did the creative process look like?

I’m obsessed with my cover! I’m glad you find it as captivating as I do; I got so lucky with Vi-An’s creative vision. The process was actually quite effortless—my cover concept was one of two designs I was shown, and I immediately fell in love with this one. Originally, the face on the cover was a bit more elegant and refined and model-esque, though, so I asked Vi-An if we could experiment with a more chaotic look. One of my agents, Wendy, suggested the messy bun, and Vi-An expertly delivered. Voila!

Your work has appeared in more than a dozen publications, including Catapult, Day One, and The Forge. What advice do you have for struggling writers out there trying to get their work published?

Don’t give up on a story if you really believe in it—obviously try revising if it keeps getting rejected, but I once published a story after nearly fifty (!) rejections because I knew it was good, and it was important to me to honor that. Everyone has a different taste—find your readers. Also, read widely!

I love wandering the streets of NYC, stopping in at The Strand with a coffee from Saturdays NYC. What’s your favourite bookstore and coffee shop in Brooklyn?

It’s nearly impossible to choose! I love Greenlight, POWERHOUSE Arena, The Center for Fiction, and Books Are Magic; for a coffee, Fare & Folk or East One. 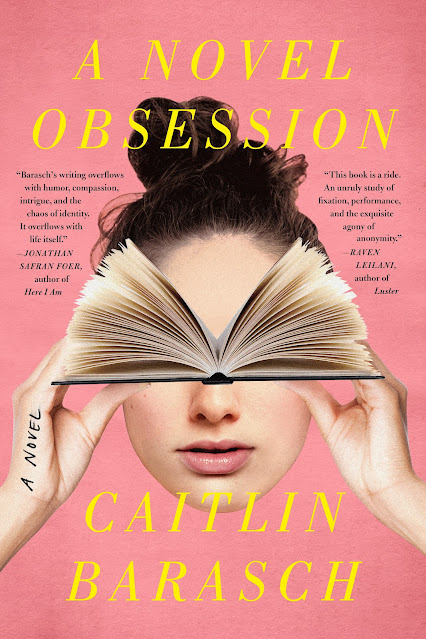 A Novel Obsession is available in paperback format from Indigo and e-book format from Kobo. Check Penguin Random House Canada for all other retailers.