Lessons in Chemistry by Bonnie Garmus

“It’s not an exaggeration to say that when Elizabeth Zott finished cooking, an entire nation sat down to eat.”

Chemist Elizabeth Zott is not your average woman. In fact, Elizabeth Zott would be the first to point out that there is no such thing as an average woman. But it's the early 1960s and her all-male team at Hastings Research Institute takes a very unscientific view of equality. Except for one: Calvin Evans, the lonely, brilliant, Nobel Prize–nominated grudge holder who falls in love with—of all things—her mind. True chemistry results.

Like science, though, life is unpredictable. Which is why a few years later Elizabeth Zott finds herself not only a single mother but also the reluctant star of America's most beloved cooking show, Supper at Six. Elizabeth's unusual approach to cooking ("combine one tablespoon acetic acid with a pinch of sodium chloride") proves revolutionary. But as her following grows, not everyone is happy. Because, as it turns out, Elizabeth Zott isn't just teaching women how to cook. She's daring them to change the status quo. 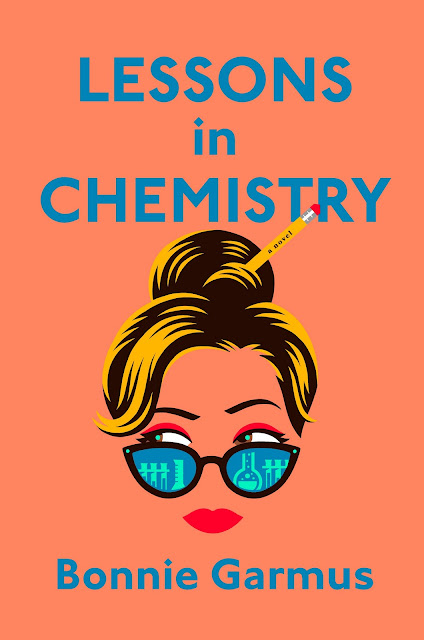 I originally chose Lessons in Chemistry as a March pick for my Daily Hive column after reading a few excerpts, and was delighted to get my hands on a copy.

Within the first few pages of the book, I had fallen in love. I had two unfinished novels by my side and something sparked within me. I'd picked up a good one at last, I thought. Bonnie had me hooked with a damn good story.

We meet our protagonist, Elizabeth Zott in November 1961 on the opening pages of Garmus’ debut. Elizabeth is an instantly likeable character. She’s zesty and upbeat, unique and well-written. I fell for Zott the instant I met her, and didn’t want to let her go.

She’s an incredible force, both in her work as a researcher and as a host on Supper at Six. Elizabeth has been underestimated her entire life, but doesn't ever let that hold her back.

“It was her confidence. She sowed it kind a seed until it took root in others.”

By the end of the book, the cast felt like family. Walter, Harriet, little Mad, and Six-Thirty—I felt a deep connection to them all.

Lessons in Chemistry has all the ingredients for a great story and was just the formula I was looking for. Bonnie did a fabulous job. This was a phenomenal read, and a true delight.

Exciting news for those who have enjoyed the book! According to Deadline, Brie Larson is set to headline and executive produce an adaptation of the book. I don't watch TV, but I'll definitely be tuning in to watch Larson host Supper at Six.

Bonnie Garmus is a copywriter and creative director who has worked widely in the fields of technology, medicine, and education. She's an open-water swimmer, a rower, and mother to two pretty amazing daughters. Born in California and most recently from Seattle, she currently lives in London with her husband and her dog, 99.

Lessons in Chemistry is available for purchase in paperback edition from Indigo and e-book and audiobook format from Kobo. Check Penguin Random House Canada for additional retailers.