Sex, Love, and Taboo in Our Hyperconnected World

“We turn to the internet to manage everything from birth to death; we meet each other there for sex, to date, to marry. The sender-receiver model has been dismantled. It’s a two-way street, and everyone is traveling on it: this is the hyperconnected media era, our current moment”

Alexa Tsoulis-Reay's Finding Normal is an author's up close tour of people who are using the Internet to challenge the boundaries of what's taboo and what it means to be normal.
Finding Normal explores how people are using the internet to find community, forge connections, and create identity in ways that challenge a variety of sexual norms. Based on a highly candid interview series conducted for New York Magazine's human science column—"What It's Like"—each story in Finding Normal intimately immerses the reader in the world of a person who is grappling with a unique set of circumstances relating to sexuality.
Finding Normal at once celebrates the power of our evolving media landscape for helping people rewrite the script for their lives and offers a warning about the danger of that seemingly limitless freedom. Tsoulis-Reay shows the enduring power of the search for belonging—for humans and society. Like happiness or life purpose, finding normal is perhaps the definitive human struggle. 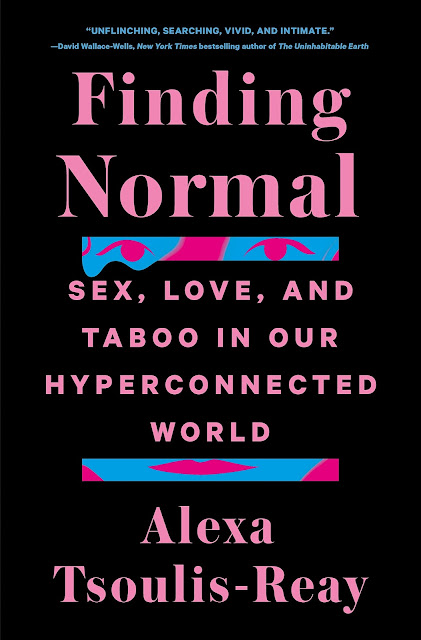 What I thought
The result is “courageous, curious, and vivid” said Publishers Weekly in their rave review of Tsoulis-Reay's debut novel. It took me quite some time to organize my thoughts on this one, and to digest what I had just read over the course of a few days. My copy of Finding Normal ended up heavily highlighted, dog-eared, and stained with splashes of coffee.
I had stayed up late into the night compulsively reading and researching the stories contained within the book, my curiosity taking me well beyond the pages and onto the internet where I found myself immersed on Reddit, Facebook, YouTube, and Google. I'd read a few lines, pull out my iPhone and end up scrolling endlessly through forums and research journals.
The first thing that struck me about Finding Normal was just how expertly investigated it was, and how compassionate a view Alexa took while researching her stories. Her talent as a journalist shines bright within the book, not only is it well-written, but to agree with PW, Alexa's courage is unmatched. She steps back from her subjects, and views them with a non-judgmental lens, which I appreciated. She seemed to connect with them on a normal human to human level.
The job didn't come without pressure though, with Alexa stating in the book, “I often felt a heavy weight of responsibility for being the one who would eventually communicate their very private experiences to a public audience.”
Her articles, which were often the top performing on the NY Mag website. were frequently met with brutal backlash in the form of hate mail, hostility, and were spun off on other media outlets with alluring new headlines for clickbait.
What you'll find in the book will surprise, and perhaps shock you. Finding Normal is split into two sections, with part one discussing “people who have come of age in the hyperconnected era” and part two, which Tsoulis-Reay warns readers may cause distress “are based on the most viral, and controversial interviews from "What It's Like.”
It was part two that I found I needed some breathing space between reads, since it discusses incest, GSA (genetic sexual attraction), and zoophilia (a sexual fixation on non-human animals).
In part one, readers meet Ken Haslam (MD of the Polyamory Collection at the Kinsey Institute) and his friends who met at Synergy, a social club supporting open relationships. We also introduced to Julia and Eileen, a gay couple in a socially taboo age-gap relationship.
Alexa also dives deep into asexuality in part one, and talks with David Jay, an American asexual activist and Founder of the Asexual Visibility and Education Network.
It's the story with Paul that most readers will perhaps be repulsed by, the one that was met with the most hateful of comments when the story first appeared on NY Mag under the headline, "What It's Like to Date a Horse".
Alexa admits to her hesitancy to including it in the book, and the uncertainty of her editors at the magazine before the article went live, “I met with two senior editors and the online editorial chief who cracked his knuckles and said, “It reads like a parody. What if he’s making it all up?” “Why would he do that?” I snapped, startling myself” I wasn’t aware of how protective of Paul’s story I’d become” Alexa continued, “We have to let him be heard.”
To conclude, Alexa asks some big questions in Finding Normal, and leaves readers deep in rumination with this thought-provoking novel.
What is normal? How do we define it? And what gives us the right to judge what another person feels?
If you had asked me my opinions on many of these topics before I picked up this book, I would have looked at you with disgust, and I have to admit that I still feel judgment towards some of what I read, but mostly I came away feeling educated, and with a deep respect for Alexa Tsoulis-Reay and her work. 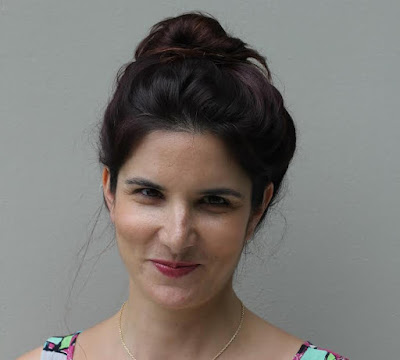 Alexa Tsoulis-Reay grew up in New Zealand. She spent her adult years living in various countries, with graduate degrees in media theory and working a range of jobs, as an investigator for a pornography regulator, a complaints officer for a taxi cab regulator, a recruitment consultant, and a mystery shopper. After graduating from New York University’s journalism program, she worked as a fact-checker at New York Magazine, eventually becoming a senior writer. She lives in Australia.

Finding Normal is available in hardcover format from Indigo or e-book format from Kobo. Check GoodReads for additional retailers.

Thanks to St Martin's Press for the gifted copy of this book in exchange for an honest review.