The Language of Fanaticism

"Our behaviour is driven by a desire for belonging and purpose. We're "cultish" by nature"

What makes “cults” so intriguing and frightening? What makes them powerful? The reason why so many of us binge Manson documentaries by the dozen and fall down rabbit holes researching suburban moms gone QAnon is because we’re looking for a satisfying explanation for what causes people to join—and more importantly, stay in—extreme groups. We secretly want to know: could it happen to me? Amanda Montell’s argument is that, on some level, it already has...

Our culture tends to provide pretty flimsy answers to questions of cult influence, mostly having to do with vague talk of “brainwashing.” But the true answer has nothing to do with freaky mind-control wizardry or Kool-Aid. In Cultish, Montell argues that the key to manufacturing intense ideology, community, and us/them attitudes all comes down to language. In both positive ways and shadowy ones, cultish language is something we hear—and are influenced by—every single day. 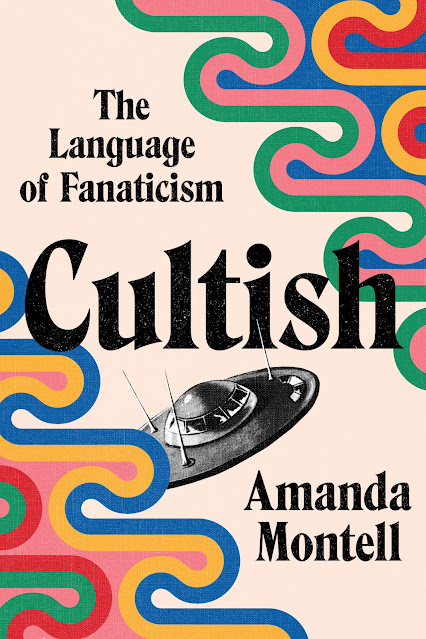 What I thought
I admit that I’ll be the first in line to sign up for any hot new cult-like commodity. SoulCycle? I’m ready to sweat. Advanced autoimmune boosting IV therapy? Hook me up. Snake venom infused serum elixirs? Bite me, baby.
Got your attention? Amanda Montell had mine from the very first page.

I felt an immediate flood of the toxic culture that I’ve bought into throughout my life, the wildest beliefs I’ve held so close to my heart, and the gullibility I’m so prone to, still to this day.

I thought back to when my partner first moved in with me, he took a look at my bookshelf (which in itself is a giveaway as to the kind of "cultish behaviour" one might be prone to) — and he immediately trashed half of my books. "They're toxic, Sean," he said.

Until a couple of years ago, I was deeply rooted in the Ashtanga yoga world, a practice that required rising at 3:30AM daily, arriving at the studio around 4:30AM, chanting an opening mantra in another language and sweating like a sinner in a church for 2 hours.

I mean, yoga, it's innocent, right? But I truly bought into the lifestyle. Books, Manduka mat, lululemon head to toe, blocks, straps, tennis balls, weekly massages and acupuncture appointments (to undo what the pretzel like asanas were doing to my body). My foot is permanently injured from falling out of a handstand and breaking it.

The media I was consuming changed overnight — all of a sudden I was reading Goop and swallowing every word Gwyneth Paltrow uttered. I started eating cleaner, greener, and leaner, which led to severe malnutrition and hospitalization. I don’t blame yoga for all that, of course. But it was there, in the background, as I wasted away.

I also took a transformative trip to India, where I met with white clad gurus and learned traditional Sanskrit texts. I even started wearing white myself and swore off meat and alcohol. I considered moving into an Ashram full time.

Story time over for now, and back to Cultish. Montell's book is split into five deeply insightful parts. In part one of the book, Amanda investigates the language we use to talk about cultish groups, “busting some widely believed myths about what the word “cult” even means”. Parts two through five explore key elements of cultish language and how they’ve “worked to inveigle followers of groups as destructive as Heaven’s Gate and Scientology… but also how they pervade our day-to-day vocabularies.”

Through a deep amount of research, Amanda investigates and uncovers the meaning of the word “cult”, describing in depth its innocent origins, and when after the Manson Family murders and Jonestown massacre, the word became a symbol of fear. And she states, “as soon as cults became frightening, they also became cool,” referencing pop culture movies and bands that gained “cult followings.” She explores with exquisite detail the language of cults, the mantras, the slogans, the manifestos that we hear ourselves repeating when we find ourselves in cult-like environments.

She talks of Scientology, her frightful experience of taking the infamous personality test in her twenties, and of the present moment how she lives so close to the intimidating Los Angeles headquarters.

Perhaps the most interesting section of the book for me was part four, which introduces us to MLMs (multi-level marketing schemes). “At once a pillar of Western capitalism but relegated to the fringes of our workforce, MLMs are pay-and-recruit organizations not by salaried employees but “affiliates,” Montell states.

She goes on to talk in detail about the various companies, who typically runs them, and how they operate. I’ve always been intrigued by MLMs, and had a flashback to my childhood when I accompanied a neighbour on her Avon rounds.

A quick scroll through my Facebook page, and it doesn’t take me long to find a connection selling beauty products through an MLM. Digging deeper into her profile, I see she’s reached a top tier elite level and earned herself a gorgeous BMW and a holiday in the sun. Out of curiousity, I check our messaging history, and there it is, a message from July 2015, “Hi Sean, are you already part of the team?” She’s asking if I’m interested in one of the top MLMs, one that Amanda talks about in the book. I haven't graced her with a response. Another message a year later asks if I’m interested in a 35% discount on all skincare products followed by lots of kisses, like we’re old pals. We’ve never met in person.

A quick google search, and I find that there are hundreds, if not thousands of MLMs operating across a range of industries, including home goods, kitchen supplies, candles and fragrances, makeup and skincare, and clothing.

For more info and an entertaining take on MLM's, after reading Montell's Cultish, I recommend tuning into On Becoming a God in Central Florida, starring Kirsten Dunst.

I feel like I could write a whole book based on Cultish. Extremely well written by Montell who has shown her talents as both a researcher and investigative journalist. I thought about the book day and night, mulling over Amanda’s words, thinking about the brands I buy, books I read, and media I consume. I even considered a trip down to the Scientology HQ in Vancouver for a personality test, just for fun.

Cultish is timely and culturally relevant. It’s a five-star read for sure. It'll make you think twice about many things, including the ads you see on social media and television, the products you buy into, and the gyms and diets you subscribe to. It's a hard hitting wake-up call. Amanda set out on a mission to address cults and cult language, and she did so with precision and a wealth of knowledge.

I mean, if I could join the cult of Amanda Montell, trust me, I would. 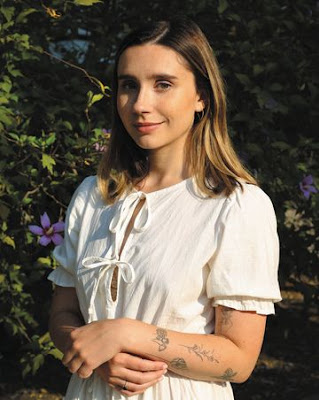 Amanda Montell is a writer and reporter from Baltimore with bylines in Marie Claire, Cosmopolitan, Woman's Day, The Rumpus, Byrdie.com, and WhoWhatWear, where she is the staff features editor. As a pop linguist, Amanda's insights have been featured in Glamour, Bustle, Refinery29, Hello Giggles, and Bust Magazine. Amanda graduated from NYU with a degree in linguistics. She lives in Los Angeles. Find her on Instagram.

Cultish is available to purchase in hardcover format from Indigo or in e-book format from Kobo. Check HarperCollins Canada for additional retailers.

FYI—this was not a gifted copy, I purchased my copy of Cultish at Indigo.