Tell Me an Ending by Jo Harkin

What if you once had a painful memory removed? And what if you were offered the chance to get it back?

Tell Me an Ending follows four characters grappling with the question of what to remember—and what they hoped to forget forever.

Finn, an Irish architect living in the Arizona desert, begins to suspect his charming wife of having an affair. Mei, a troubled grad school drop-out in Kuala Lumpur, wonders why she remembers a city she’s never visited. William, a former police inspector in England, struggles with PTSD, the breakdown of his marriage, and his own secret family history. Oscar, a handsome young man with almost no memories at all, travels the world in a constant state of fear.

Into these characters lives comes Noor, an emotionally closed-off psychologist at the memory removal clinic in London, who begins to suspect her glamorous boss Louise of serious wrongdoing. 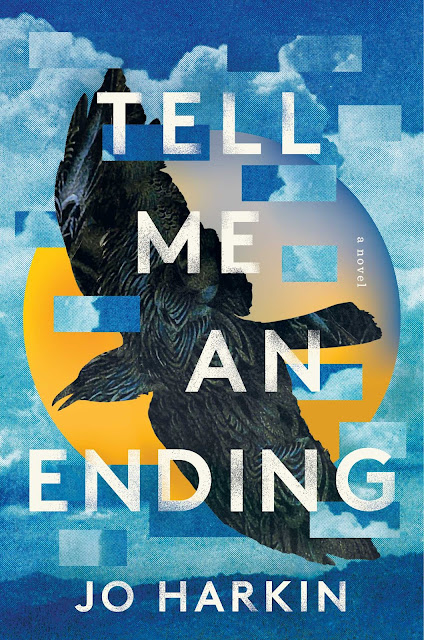 I first saw the cover of Tell Me an Ending on Scribner Books Instagram, and I immediately needed to know more. I clicked through to author Jo Harkin’s page, read the blurb, and felt compelled to read the entire book at once.

Harkin is a gifted storyteller, that much is apparent from the start. She drew me in from the beginning of this unique dystopian tale. It was an intriguing read to say the least, one that only became more interesting as I turned the pages and became more invested in the story.

The characters are diverse and each one becomes more intelligently developed as the story builds. Some characters resonated with me more than others. Psychologist Dr Noor Ali for instance was a character with substance and one that was deeply layered from the beginning of the book. There was more to Noor than met the eye, which is why she was so intriguing to me.

What I liked about all the characters was that we readers hear the story from their point of view. With so many characters and different stories to tell, Jo managed to capture each voice distinctly. It almost felt at times that I was reading interconnected short stories.

Smartly constructed, each chapter ends with a line that will drive readers to the next chapter, creating an inner excitement and compelling you to read on and find out what’s going to happen next.

The topic itself was also deeply thought-provoking that I found myself wondering whether I would pay a visit to Nepenthe, the memory removal clinic in London to have my own memories deleted, my own suffering erased. The promise of a new, happier life awaiting on the other end is an attractive notion. It’s a subject that I think many will find themselves considering as they read.

Overall, Tell Me an Ending is an exceptional debut. Harkin took me to another world and brought my mind to many unexpected places with this book. It’s a longer read at almost 450 pages, but absolutely worth it, and definitely didn’t feel as long since the writing flowed from beginning to end. I can certainly see the potential for this book to hit the bestseller lists, or to be adapted for television or film, either now or in the future.

My many thanks to Simon & Schuster Canada for my gifted copy.

Jo Harkin studied literature at university. She daydreamed her way through various jobs in her twenties before becoming a full-time writer. She lives in Berkshire, England, and Tell Me an Ending is her first novel.

Tell Me an Ending is available in hardcover from Indigo or in e-book format on Kobo. Check Simon & Schuster Canada for additional retailers.