In conversation with Alan Corcoran

Irishman Alan Corcoran is a charity fundraising adventure athlete. He competed as an international track and field athlete as a juvenile and switched to ultra-endurance at the age of twenty after his father suffered from a stroke.
Corcoran has since fundraised more than $60,000 for stroke and cancer charities through pursuing his resilience challenges. He became the first person to run a lap of Ireland—completing 35 marathons in 35 consecutive days—and the first to swim the length of the country—a 500KM sea skim.
He's written a book chronicling his experiences and even made a documentary film.
To be honest, when I first came across Alan's initial email in my inbox I was taken aback by his story. We communicated back and forth for a while, and I came to learn just how much courage, determination, and fearlessness he possessed within.
I was keen to chat with him about his inspirational memoir, Marathon Man, and his forthcoming film, Unsinkable. We talked about the writing process, overcoming barriers, and his favourite parts of our beautiful country, which left me feeling nostalgic for home. 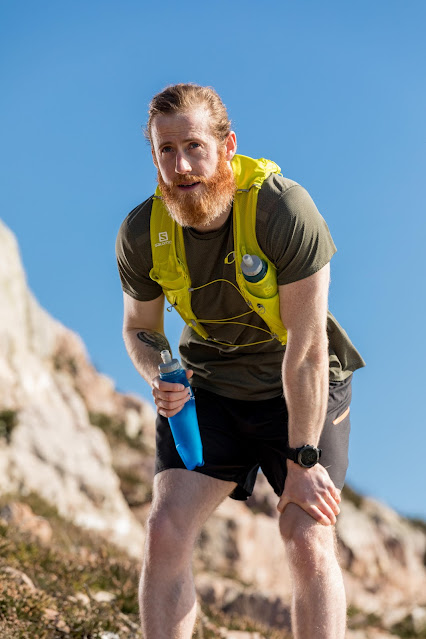 Alan, your story is one of true resilience. You recently wrote and released a book, Marathon Man, recounting your experiences. Tell me more about what it feels like to share your story with the world and what you hope others will take away from this inspirational tale of triumph?
Yes, I recently wrote and published Marathon Man. My memoir is centred around my 35 marathons in 35 days charity running challenge triggered by my dad’s stroke. It’s a bit nerve-wracking to share my life’s story with everyone.
It’s a warts and all account, detailing some of my failures, my dad’s stroke and struggles with teenage acne, and childhood friends’ premature death. There are heavy topics to cope with, but I made sure to balance the shade with light. That’s life, not always sunshine and rainbows, but you have to make the best of each situation. Thankfully, the positive critic reviews appreciated the Irish humour I kept throughout the story. Without lightheartedness and some craic, running 300 kilometres per week for five weeks could be pretty grim. I hope to entertain people with my story, writing in a conversational style, so you can relax with a pint or cup of tea while turning the pages.
If you read my story, you’ll see the significant impact Eddie Izzard’s documentary film had on me as a teenager. Eddie ran 43 marathons in 51 days and raised hundreds of thousands of pounds for charity. That initiated my concept of running a lap of Ireland.
Later in life, I was also similarly inspired by Sean Conway’s book about swimming the length of Britain. That gave me the notion to swim 500 kilometres from the north of Ireland to the south, which I accomplished in 2019. I want to be a part of those positive ripple effects.
Doing the run is one thing; writing a book or creating a film touches more people. Sharing the story might encourage others to take risks and go after their ambitions in life.
What was the process of writing the book like? Did you keep a journal over the period that you ran the marathons?
Yes, I kept a private journal during my crash course eight months of training for the 1,500-kilometre run. I kept the diary going for each of the 35 consecutive marathons as I circumnavigated the island of Ireland on foot. I kept a photographic record that I shared with followers on Facebook each day so the public could be part of the adventure too.
The process of writing was gratifying. I wrote most of the book in lockdown during COVID when movement was restricted. Writing was a real escape. Sitting down and reliving those memories of roaming the countryside was powerful. Producing the book had me feeling every spectrum of emotion — some pivotal life moments to look back on and feel all over again. 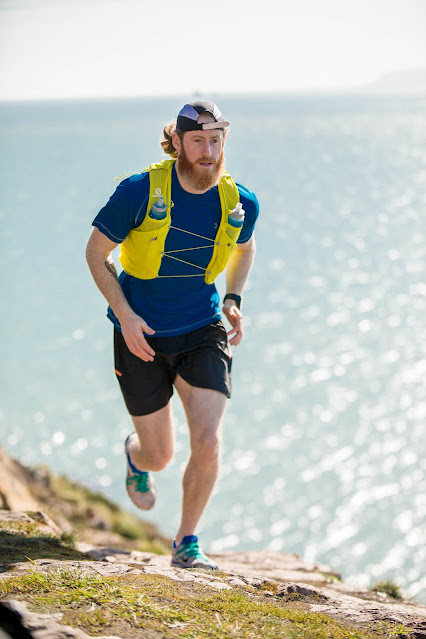 Tell me about the most challenging marathon you ran, what was challenging about it, and how did you overcome those barriers?
The most challenging marathon was my first marathon, which I ran seven months before the start of my 35-consecutive marathon challenge. It was the most difficult because I wasn’t a long-distance runner and hadn’t done the training that a 42.2-km marathon run demands.
Growing up, I was a track sprinter who would stop after one lap – 400 metres. I was a year out of athletics when I attempted the Dublin City Marathon to make matters worse. What got me through the distance was that I had already committed to myself, my dad and the charities that I would be the first person to run a lap of Ireland. I couldn’t give up at the first bit of struggle. I did finish this city marathon in around four hours, but I crippled myself for days, unable to walk and leave my flat. It was concerning. The clock was ticking. Seven months to the start of my lap of Ireland run.
How could I possibly consider running another marathon tomorrow, and again the next day, for five weeks!
I’m originally from Northern Ireland, born and raised in Belfast. You ran 1,500 KM around the country. What was your favourite part of the Emerald Isle?
That’s a difficult one. We Irish are blessed with a beautiful landscape of green patchworks with the coastal swells never too far away. Some of the highlights were the Causeway Coast along the north which has the Giant’s Causeway, the mighty Cliffs of Moher on the west, the undulating Kerry and Cork mountains in the south-west and the Copper Coast UNESCO Global Geopark on the south coast. 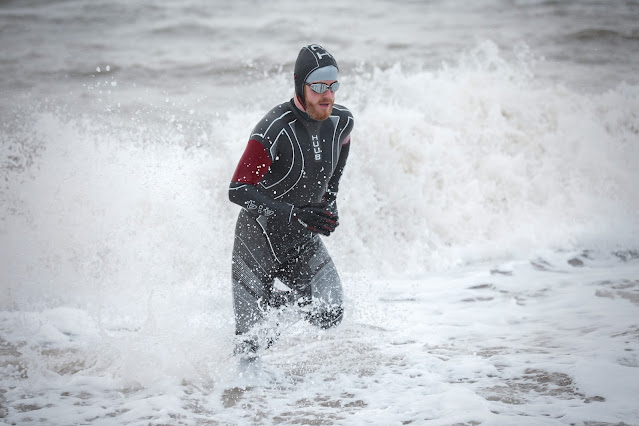 ‘Unsinkable,’ an Emagine and Marathon Man documentary film production, starts a world film festival tour this April. Tell me about what inspired you to swim 500 KM for charity, and why you decided to capture the event for a documentary?
The lap of Ireland run was born out of a difficult situation in my life – Dad suffering a stroke. The sea swim was the same. My dad got diagnosed with cancer and died three weeks later. Both the run and swim have fundraised $60,000 for stroke, cancer and sports charities.
These personal projects were a positive focus on creating something meaningful out of crushing lows. Film and books have inspired me to take on challenges I would have never previously thought possible. I wanted to be a part of that, not just receiving inspiration from others but hopefully sharing some out.
I’m an avid-reader, and talk about books a lot on here. What’s the last book you read?
The last book I finished was All Quiet on the Western Front by Erich Maria Remarque. It gives a harrowing account of war with some beautifully vivid writing.
I’m currently reading something lighter in Bonnie Tsui’s Why We Swim as I now write my second book about my length of Ireland sea swim adventure. 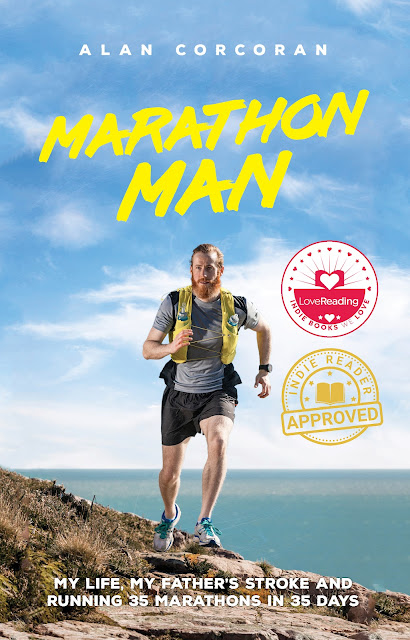 Marathon Man is available for purchase in paperback or Kindle format from Amazon. Check GoodReads for additional retailers. For updates regarding Alan Corcoran, Marathon Man, or Unsinkable, check out Alan's website and follow him on Instagram.