"World Wildlife Day (WWD) will be celebrated in 2022 under the theme “Recovering key species for ecosystem restoration”. The celebrations will seek to draw attention to the conservation status of some of the most critically endangered species of wild fauna and flora, and to drive discussions towards imagining and implementing solutions to conserve them." —WWD.
This year for World Wildlife Day, I'm partnering with Greystone Books, and we're giving you the chance to win three incredible nature books. The giveaway is running on my Instagram page from today, Monday, February 28th until World Wildlife Day, Thursday, March 3rd. The winner will be announced on Instagram on Friday, March 4th and the books will be shipped directly to the winner from Greystone.
Details below 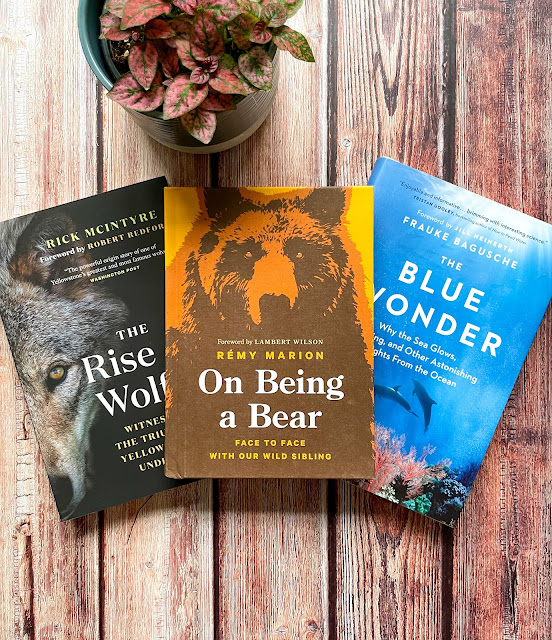 To be in with the chance to win, follow the three steps below:
1. Follow @avocadodiariesblog and @greystonebooks
2. Like and save this post
3. Tag a friend in the comments below (up to 10 separate comments for 10 entries)
STACK INCLUDES:
The Blue Wonder by Frauke Bagusche
The Rise of Wolf 8 by Rick McIntyre
On Being a Bear by Rémy Marion
Competition starts now and ends at midnight PST on Thursday, March 3rd 2022. Open to Canada only. This give away is in no way affiliated with Instagram.

The Blue Wonder
Why the Sea Glows, Fish Sing, and Other Astonishing Insights from the Ocean In The Blue Wonder, marine biologist and diver Frauke Bagusche brings readers on a fascinating and beautiful deep-sea dive into the ocean. Drawing on scientific discoveries and her own research, she uses photographs and playful prose to reveal:
Dr. Frauke Bagusche is a marine biologist, who, with a colleague, founded TheBlueMind in 2018. Bagusche also works as a freelance lecturer and provides training on the subjects of plastic pollution in the oceans, the effects of climate change on marine ecosystems, and the overfishing of the oceans.
The Rise of Wolf 8
Witnessing the Triumph of Yellowstone's Underdog 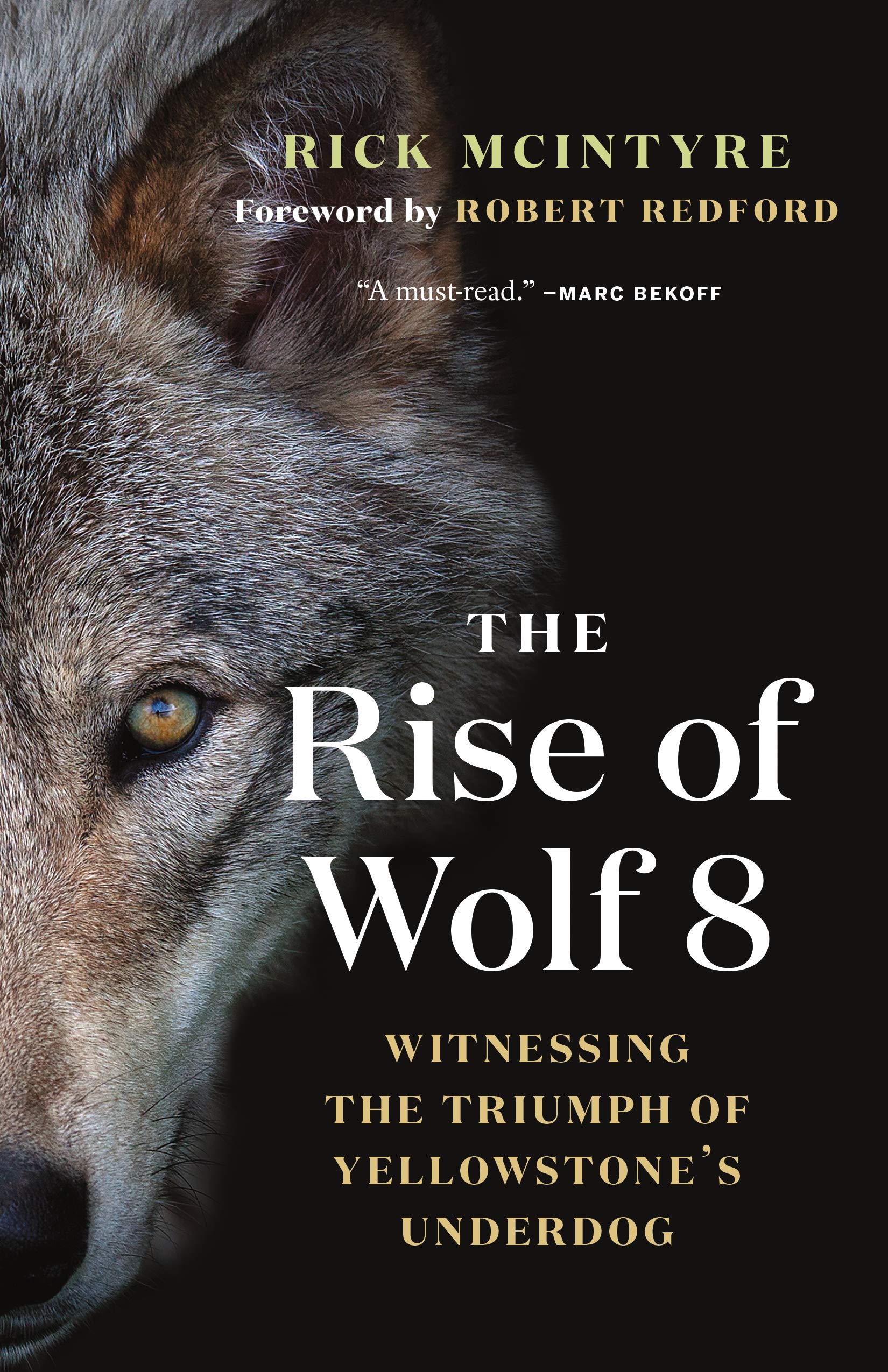 Yellowstone National Park was once home to an abundance of wild wolves—but park rangers killed the last of their kind in the 1920s. Decades later, the rangers brought them back, with the first wolves arriving from Canada in 1995.
This is the incredible true story of one of those wolves.
Wolf 8 struggles at first—he is smaller than the other pups, and often bullied—but soon he bonds with an alpha female whose mate was shot. An unusually young alpha male, barely a teenager in human years, Wolf 8 rises to the occasion, hunting skilfully, and even defending his family from the wolf who killed his father. But soon he faces a new opponent: his adopted son, who mates with a violent alpha female. Can Wolf 8 protect his valley without harming his protege?
Authored by a renowned wolf researcher and gifted storyteller, The Rise of Wolf 8 marks the beginning of The Alpha Wolves of Yellowstone series, which will transform our view of wolves forever.
On Being a Bear
Face to Face with Our Wild Sibling 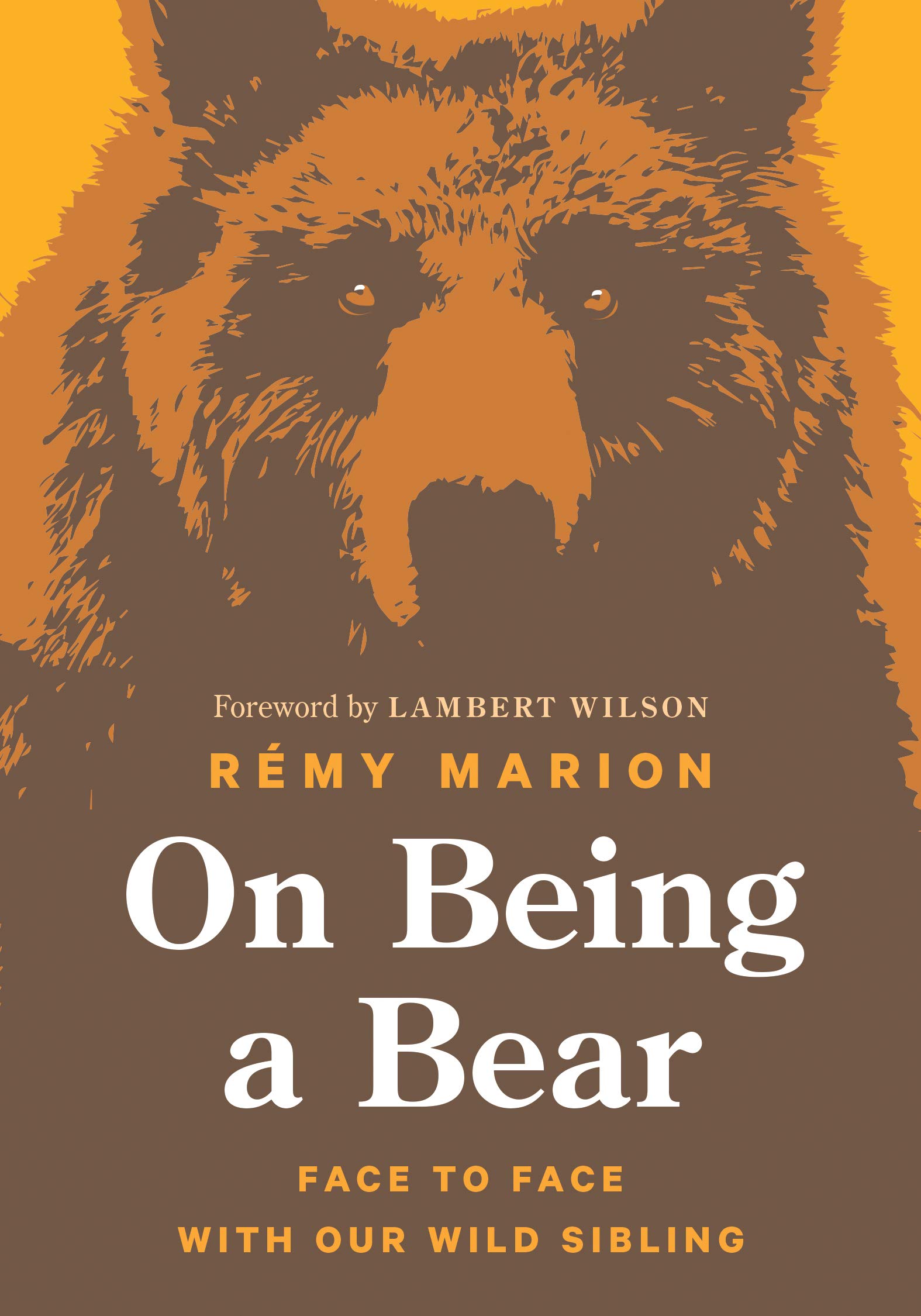 On Being a Bear draws on history, legends, scientific studies, and the author’s thirty years of observing bears around the world to offer a richly detailed biography of these iconic animals, including the many ways bears have figured in our lives and imaginations.
As author Rémy Marion tells us, some cultures view bears as our wild cousins—as humans cloaked in fur—while others cast bears as cuddly characters in cartoons or seek to eradicate their grizzled forms from civilization. Scientists have made new discoveries into bears’ varied diets, their powerful sense of smell, and a mother bear’s stubborn patience with her cubs. Bears play a vital role in our ecosystems, and new studies into bear hibernation could lead to medical breakthroughs for humans. Offering these and more astonishing insights, On Being a Bear brings readers face-to-face with these long admired, feared, and misunderstood animals, and sets the record straight through a combination of thrilling science and expert storytelling.
Labels: greystone nonfiction
Location: Vancouver, BC, Canada