The School for Good Mothers by Jessamine Chan

Frida Liu is struggling. She doesn’t have a career worthy of her Chinese immigrant parents’ sacrifices. She can’t persuade her husband, Gust, to give up his wellness-obsessed younger mistress. Only with Harriet, their cherubic daughter, does Frida finally attain the perfection expected of her. Harriet may be all she has, but she is just enough.

Until Frida has a very bad day.

The state has its eyes on mothers like Frida. The ones who check their phones, letting their children get injured on the playground; who let their children walk home alone. Because of one moment of poor judgment, a host of government officials will now determine if Frida is a candidate for a Big Brother-like institution that measures the success or failure of a mother’s devotion.

Faced with the possibility of losing Harriet, Frida must prove that a bad mother can be redeemed. That she can learn to be good. 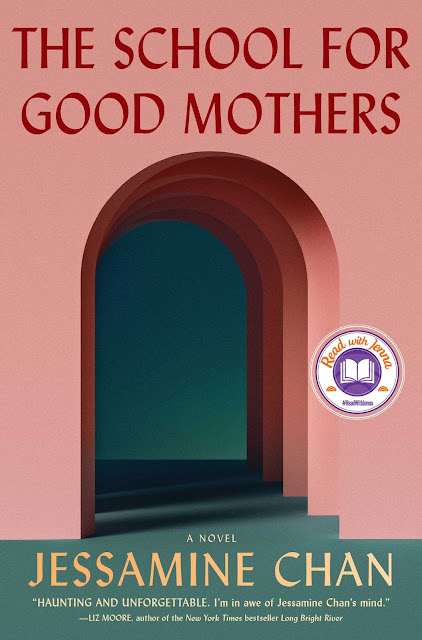 Firstly, I’m in awe of the literary talent of Jessamine Chan and what I would call a spectacular debut that I devoured over the course of three days.

The School for Good Mothers was unforgettable, and undeniably one of the most moving books that I’ve read lately. It’s a book with a prose so haunting and thought-provoking that it will remain in my mind for days, perhaps even weeks to come.

I was intimidated at first to pick up Chan’s novel after reading some reviews for fear of where it would take me emotionally. And indeed, I was right, to the core of my thoughts it took me.

It was utterly chilling, and unlike any other book I’ve read before.

Protagonist, thirty-nine-year-old Frida Liu is a character that will resonate with many mothers out there, one that will captivate a specific audience and hold them well within their grips. An exhausted single mother, who like many, have turned a blind eye for a short time, but unlike many, she has been forced to face the horrifying consequences of her accidental actions.

The book felt frighteningly realistic at times, yet abstract at others, as though I was living through a nightmare I couldn’t wake up from. Even though I’m not a mother, nor am I a father, I felt the gut-wrenching impact of what Frida was suffering through the power of Jessamine’s writing.

Once I had committed to reading The School for Good Mothers, I felt there was no way I could put it down. I felt compelled, addicted, eager to finish it. To see it through to the end, as challenging as it was at times.

Overall, this was a sad and painful read. It was filled with so much darkness. However, it was quite beautifully written and the prose itself was deeply layered and emotionally impactful. It really was Chan’s skilful writing that kept my eyes glued to the pages as I worked my way through the book.

I do recommend giving this one a read, but also suggest some self-care when you’re finished, perhaps a lighthearted and uplifting read for afterwards.

If I had to summarize The School for Good Mothers in one sentence, I would say this is a future award-winning and bestselling dystopian and original tale told through the eyes of a unique and talented storyteller.

My thanks to Simon & Schuster Canada for my gifted copy.

Jessamine Chan’s short stories have appeared in Tin House and Epoch. A former reviews editor at Publishers Weekly, she holds an MFA from Columbia University’s School of the Arts and a BA from Brown University. Her work has received support from the Elizabeth George Foundation, the Bread Loaf Writers’ Conference, the Wurlitzer Foundation, the Jentel Foundation, the Kimmel Harding Nelson Center, the Anderson Center, the Virginia Center for the Creative Arts, and the Ragdale Foundation. She lives in Philadelphia with her husband and daughter.

The School for Good Mothers is available for purchase in hardcover format from Indigo and in e-book format from Kobo. Check Simon & Schuster Canada for additional retailers.