In conversation with Jennifer Griffiths

Jennifer Griffiths is a senior book designer at Penguin Random House Canada. When not designing she enjoys sewing, film photography and spending time in nature. She lives with her son and husband in Vancouver, BC. 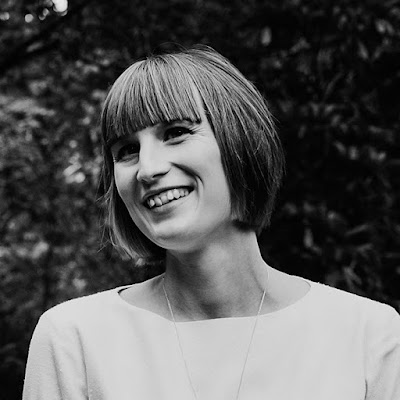 How did you find yourself working in publishing?
I came to publishing by way of a design degree. At some point before the end of my degree the idea of entering the corporate design world started to fill me with dread and made me question the path I was on. It was around this time that I made the decision to pursue a career in book design specifically.
I had always been an avid reader, and had real love for print design, and it felt like a path I could find truly rewarding. So, I designed books for both my final projects. (One was a coffee-table version of Samuel Johnson’s dictionary!) This felt like a bit of a radical (potentially unwise) decision on my part, during a period in time where we were constantly being told that print was dead, and the opportunities in publishing were few and far between. But I was also lucky to have as an instructor and mentor one of the most decorated designers in Canadian book design—Peter Cocking. It was from him that I learned everything I know about typography, and he was also the one who gave me my first few jobs in the industry that would eventually lead to landing my dream job at Penguin Random House.
My path to book design was not quite as straight-forward as it sounds though. I did spend many years doing branding first, and while it wasn’t as dreadfully soul sucking as I feared, I am a much better book designer than I ever was at designing logos!
What does a typical day look like for you?
I recently moved to Vancouver to be closer to family. (A perk of the shift to work from home in the pandemic). This means my work day starts very early at 7am to line up more or less with my colleagues in Toronto (my choice).
Depending on the day I might start it off with a cover meeting. This is where covers are put in front of our CEO and other VIPs—the most important stamp on the way to get the author’s approval. Or maybe it is a design meeting—a much more casual sharing of covers and ideas between designers.
Beyond meetings I am usually balancing between 15-20 titles at various stages of the process. What might surprise some is that our team designs books for all of our many imprints which include cookbooks and children’s books. We also design the whole book, not just the covers but the interiors as well. So in any given day I could be reviewing proofs for a children’s book, working on the page design for a cookbook (my personal favourite), reading a manuscript, coming up with concepts for covers or picking out the head and tail bands for a book. (Yes, believe it or not, someone makes that decision for every book. It’s a small inconsequential choice that often brings me a disproportionate amount of joy.) And then I get to log off at 3 (before the sun sets in winter!)
I just finished Once More, With Feeling, a fantastic book with a captivating cover designed by you! What's your process when designing a cover?
When we are assigned a new project an editor will fill out a cover brief detailing important aspects we need to consider, such as the target reader, comparison titles, as well as the themes in the book. Along with that we’ll get a full or portion of a manuscript depending on what is available at the time. From there I will dive in and read as much as I can before I have a conversation with the editor. We’ll go over the brief together and figure out what the wish list is from the author, editorial and sales teams.
Every book is different, and sometimes there can be very specific requests from an editor or author, and other times it is really up to the designer to figure out what the cover should be. But generally, once I’ve teased out as much information as I can from an editor I’ll spend some more time with the manuscript. With fiction titles specifically, I am looking for visual cues as I read. Elements from the story that might work on the cover. Maybe a character uses a red teapot from her mother, or maybe bees make a recurring appearance. All of these things I’ll take note of. From there I’ll try and distill my approach down to a few different conceptual directions. The next step is image research, and figuring out how to execute each of those conceptual directions whether it be illustrative or photographic etc.
I’m the kind of designer who likes to work fast and loose to start. With lots of options/variations on a theme. My outtakes are often 20-30 designs a round. From there it’s a matter of refining and narrowing down to just one option per concept. Which I tend to struggle with on my own, so feedback from my art director and other designers on the team is invaluable.
For Once More, with Feeling for instance, I knew that I wanted to capture Jane, the protagonist’s attitude and the tone of Sophie’s writing above all. (Which is a lot more ephemeral than pulling a specific visual cue from the book). What does dark dry humour look like after all? There were some concrete references that I did try such as Lucian Freud’s Girl with a Kitten. (There is a cat in the story and she does reference Lucian Freud.) It was this image I landed on of a woman holding an egg that really captured everyone’s imagination though. It’s hard to say exactly what it is about the photo. But as soon as I saw it, I knew it was right, and I think everyone else felt the same.

Do you have a favourite cover that you've designed and why is it your favourite?
I don’t have one favourite. Often there are a lot of mixed feelings attached to covers that go out in the world. It can also be hard to look back on old work sometimes, I often tend to dwell on what could have been better. That isn’t to say I don’t love any of my covers—I do. But picking one feels like a loaded decision! Which is why I am going to cheat and use this question to share a cover that never got printed (Although it very nearly did).
That book was No Live Files Remain by András Forgách. It was actually fully approved in house, by author and agent and then had to be shelved. There are a lot of reasons why you might design a cover, have it approved only to have it rejected later on. But with this particular book it was a pretty unusual circumstance. There was a last-minute title change on the part of the UK publisher that we wanted to align with. This happened just as we had sent our jacket files to the printer! Somewhere, someone had to yell, “stop the press!” The new title didn’t work with the original design I had created, and since we had no time to turn around a new cover, we ended up using the cover of another publisher. So, sadly this cover that I love has just been sitting in a folder on my computer (until now).

Who inspires you most in the design industry?
There are honestly so many talented designers out there it’s hard to mention anyone without feeling like I’ve left anyone else out. So, I’ll steal an answer fellow designer Kelly Hill once gave, because it is perfect and also true. I’m inspired by the designers I work with! Everyone on my team is immensely talented and endlessly inspiring.
What are you currently reading? Any books on the must-read list for the coming months?
I just finished The Every by Dave Eggers. A biting commentary on the modern (and possible future) digital age that has me contemplating throwing my phone into the ocean. Upcoming, I have Nightbitch by Rachel Yoder waiting on my nightstand which, admittedly, I got for the cover. (My TBR pile is more heavily influenced by covers than I’d like to admit). I enjoy irreverent takes on motherhood and the particular stage of motherhood she’s describing feels all too relevant to me having a two-year-old myself. Also on the pile: Fight Night by Miriam Toews and Matrix by Lauren Groff. 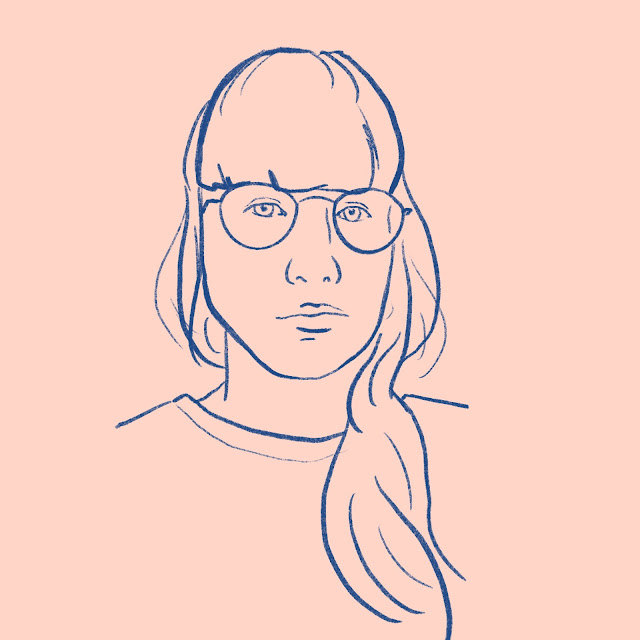