We believe in the enduring power of printed words and images

One of my favourite local publishers has an array of tremendous new books on the horizon, so I wanted to dedicate today's post to celebrating what's in store for them over the coming months. To give you a glimmer, there are cookbooks, books that celebrate art and culture, business books, and the cherry on top is the one that I'm most excited about, an ice cream book called Great Scoops. So, let's dig in, shall we?

In the Present Moment

Buddhism, Contemporary Art and Social Practice
by Haema Sivanesan. In collaboration with the Art Gallery of Greater Victoria 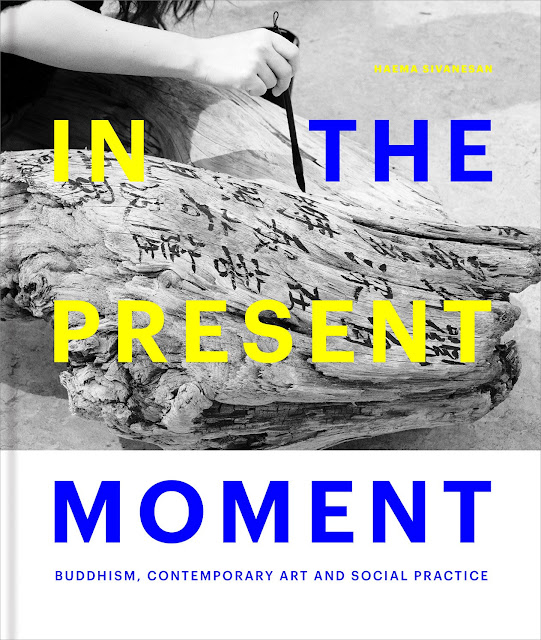 Tracing a history of the intersection of Buddhist thought and artistic production in North America (United States and Canada) from the mid-20th century to the present, In the Present Moment draws on the extensive collections at the Art Gallery of Greater Victoria along with leading research and, for many artists, lifelong investigations into the relationship between art, life, and Buddhist practice to explore how Buddhist ideas and philosophy have played an important and often underappreciated role in the development of contemporary art. 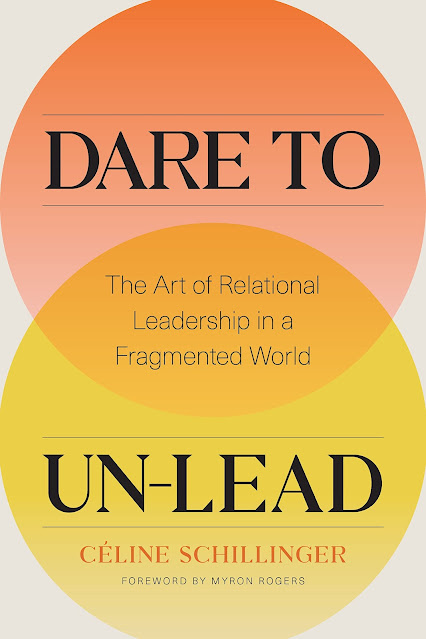 A transformational book for trying times, Dare to Un-Lead will challenge the way you think and feel about the role of leadership in your life.

What is revered as leadership today is often nothing more than a destructive set of obsolete behaviors and systems evolved from the centuries-old industrial theories popularized by Frederick Taylor and Henry Ford. This mode of leadership harms individuals and societies and must be reinvented to better reflect the way we live, trade, and work in the 21st century.

Dare to Un-Lead explores how contemporary organizations can transform leadership from a top-down hegemony to one that empowers people to lead together through the concepts of liberty, equality, and community.

The result is a series of evidence-based approaches for reinventing collective performance across organizations in a post-pandemic world.

From large corporations to small businesses, the lessons learned in this landmark book, implemented individually and collectively over time, will make our workplaces more equal, our jobs more gratifying, and our economies more profitable. And that will make the world a better place. 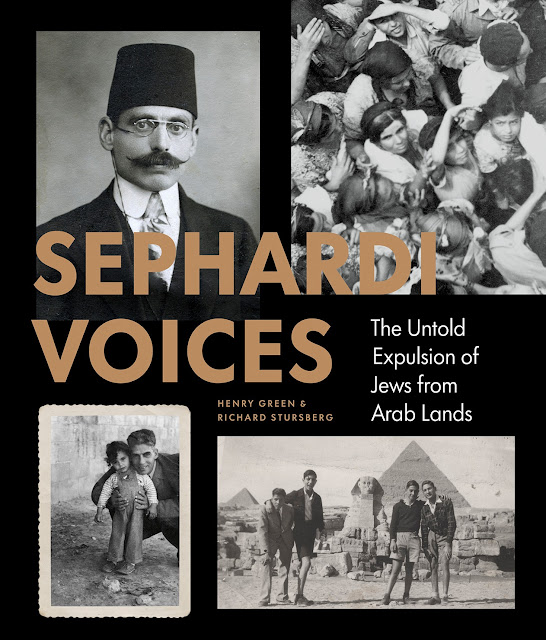 In the decades following the founding of Israel, close to a million Jews were forced from their ancestral homelands in the Middle East, North Africa, and Iran. This story of state-sanctioned discrimination, violence, and political unrest is told with stunning photography and gripping first-hand accounts from survivors. They tell of violent persecution and daring midnight airlifts—but also of a world left behind, and new lives in new lands. This is a story of Jewish history, of a resilient people finding strength in the face of terrible injustice.
Releasing March 14. Pre-order here. 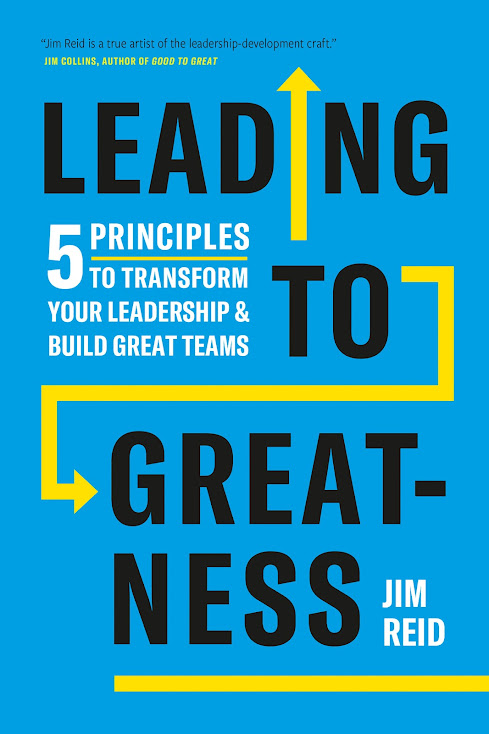 Leading to Greatness is a hands-on how-to leadership development program designed to guide leaders to self- and organizational excellence. Through the application of author Jim Reid’s five core principles, leaders will be primed to propel their organizations and teams into the future.
Reid combines his decades of top-level leadership and coaching experience with the best research and science available to deliver to leaders a practical and actionable plan. When consistently applied in your life, this plan becomes a transformative experience. Part guidebook, part workbook and part work study, Leading to Greatness delivers proof of concept of Reid’s program through detailed case studies from +5 leaders across North America. The stunning results speak for themselves.
If you are looking to take your performance—and the performance of your team—to the next level, look no further. Leading to Greatness is your ultimate tool for exceptional results and sustained success.
Releasing February 28. Pre-order here. 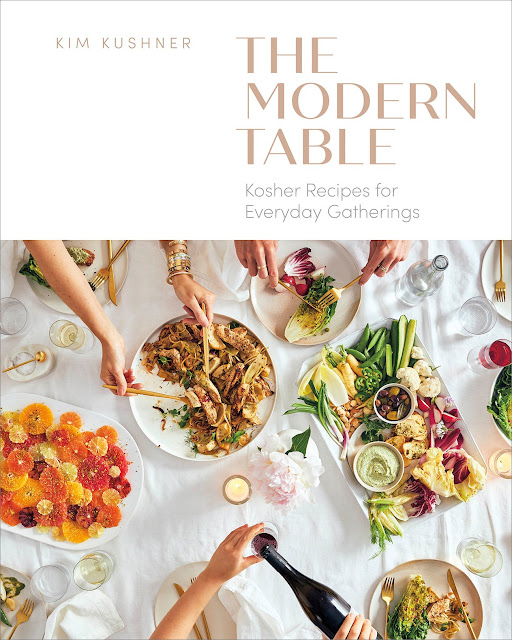 Kim Kushner is a culinary educator and the author of three bestselling cookbooks: I ♥ Kosher, The New Kosher, and The Modern Menu. Raised in Montreal, Canada, Kim learned to cook at an early age from her Moroccan-born mother and spent summers with family in Israel. A graduate of the Institute of Culinary Education in Manhattan, she has developed recipes for Food & Wine and Chile Pepper magazines, and has worked as a private chef.
In 2005, she launched Kim Kushner Cuisine and now travels the world teaching her wildly popular cooking classes. Kim’s cooking style reflects her busy life as a mother of four, a teacher, and an author. Her flavor-packed recipes are made with straightforward techniques that bring ease, time-savings, and creativity to the kitchen. She’s become well-known in New York City and abroad for her healthy and hearty dishes made from locally grown produce—not necessarily the first thing that comes to mind when thinking of kosher cuisine.
Kim has appeared on the Today Show and has been featured in the New York Times International Edition, Huffington Post, Saveur, and the Chicago Tribune, and is recognized as a leader in redefining kosher cuisine; her cookbooks feature everyday recipes for delicious and artful dishes made from accessible, seasonal ingredients. Kim lives in New York City with her husband and children.
Releasing April 11th. Pre-order here. 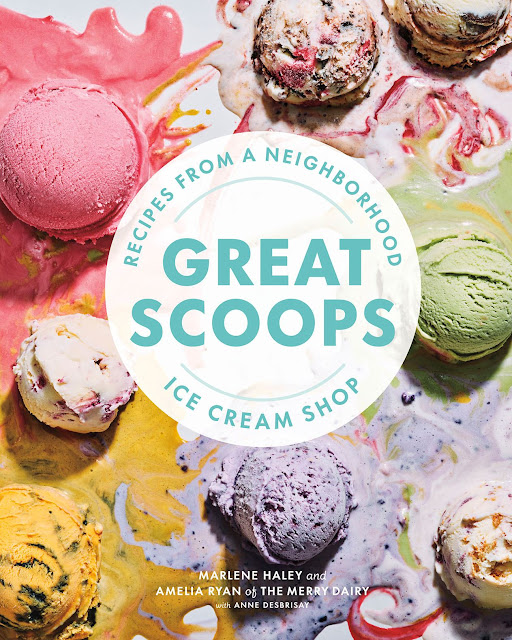 Ice cream really does make everything better. Compiled with love by the team at The Merry Dairy, Great Scoops features a cheerful collection of 80 easy, custard-style and vegan ice creams and delectable desserts. From hibiscus & passion fruit and bourbon black cherry to triple chocolate and caramel popcorn, this exciting new cookbook also includes recipes for signature sauces, toppings, and baked goods (say hello to chocolate chip cookies and meringue kisses). Best of all, the ice creams are nut-free, sesame-free, (and some even gluten-free). What can we say? This is good mood food at its best.
And for those who are new to ice cream making, have no fear: the book includes a chapter covering everything there is to know about making both dairy and vegan ice creams and frozen desserts at home.
Great Scoops is a captivating cookbook about artisanal ice cream, the people who craft it and the community that loves them for it. The delightful selection of classic and whimsical flavours reminds us that delicious homemade ice creams can be made year-round and, more importantly, that you’re never too old (and it’s never too cold) to enjoy a heartfelt scoop.
Releasing May 2nd. Pre-order here. 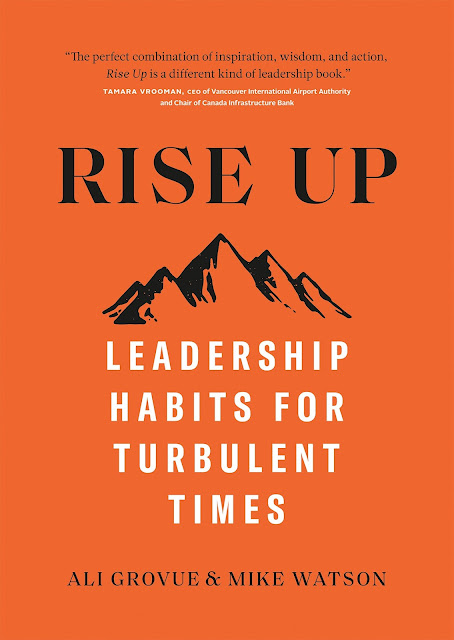 Organizational resilience and adaptability have never been more important; however, few leaders are truly prepared to lead through crisis.
Rise Up: Leadership Habits for Turbulent Times is a call to action for leaders to accept that many of their habits diminish the resilience of their organizations and to commit to a plan that will reposition them as twenty-first-century leaders.
In this engaging and thought-provoking guide, authors Ali Grovue and Mike Watson present six distinct yet deeply interconnected habits that all leaders must adopt: Trust, Inquisitiveness, Humility, Optimism, Courage, and Discipline. Embracing these habits will help create a high-functioning culture where employees feel enabled to be the best versions of themselves in pursuit of a common, noble goal. The habits are also foundational to a transformative and enduring strategy, one that is developed and owned not by the leader, but by everyone within the organization.
Brought to life through real-life examples taken from Grovue and Watson’s work as strategic leadership advisers in business and sport, and combined with intelligence from academic and psychological research, Rise Up provides leaders with a clear, insightful, and actionable path to building organizations that can adapt—and even thrive—despite hard times.
Releasing May 2nd. Pre-order here.

Treasures of the Northwest Coast
Curated by Pam Brown, Jisgang Nika Collison, Anthony Alan Shelton, and Jodi Simkin. Edited by Caitlin Gordon-Walker. In collaboration with the Museum of Anthropology, University of British Columbia. 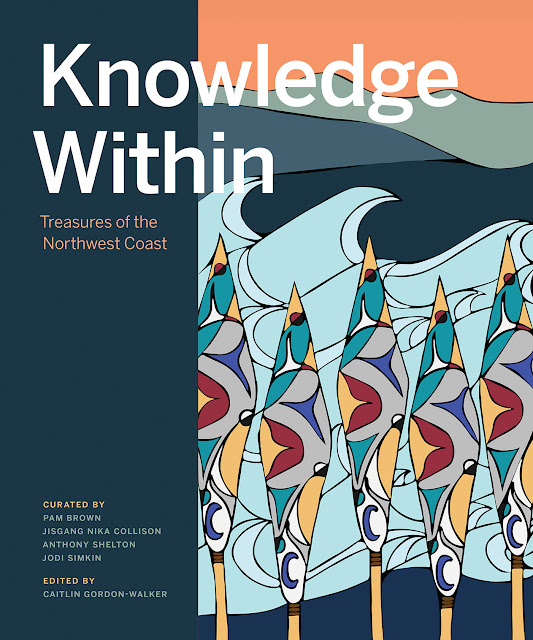 Knowledge Within: Treasures of the Northwest Coast looks into seventeen of the numerous sites in the Pacific Northwest region with major collections of Northwest Coast Indigenous material culture, bringing attention to a wide range of approaches to caring for and exhibiting such treasures. Each chapter is written by one or more people who work or worked in the organization they write about. Each author takes a different approach to the invitation to reflect upon their institution: some narrate a history of the institution, some focus on particular pieces in the collection, and some consider the significance of the work currently being done for the present and future. They show that these are places and moments in a much longer story, still ongoing, with many characters—communities, individuals, institutions, artworks, treasures.
Featuring ‘Ksan Historical Village and Museum, Museum of Northern British Columbia, Sealaska Heritage Institute, Haida Gwaii Museum, U’mista Cultural Centre, Museum at Campbell River, Nuyumbalees Cultural Centre, Art Gallery of Greater Victoria, Royal BC Museum, Vancouver Airport Authority / YVR Art Foundation, Museum of Anthropology at UBC, Bill Reid Gallery of Northwest Coast Art, Vancouver Art Gallery, Stó:lō Resource Centre, Museum of Vancouver, Squamish Lil’wat Cultural Centre, and Audain Art Museum.
Releasing May 9th. Pre-order here. 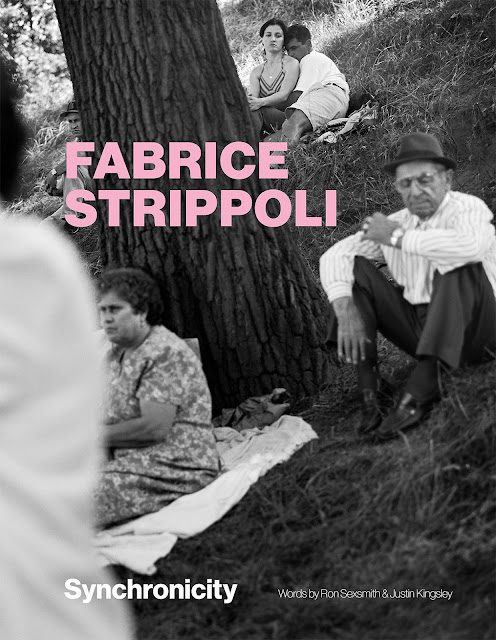 Synchronicity showcases Fabrice Strippoli’s unique eye for capturing the remarkable in life’s most unremarkable moments. Strippoli’s lens work and his expertly crafted darkroom techniques transform these moments—from the seemingly mundane to the downright ordinary—into evocatively nostalgic pieces that invite comparison to mid-century masters of street photography like Robert Frank, Walker Evans, and Garry Winogrand. Combined with words by Juno winner Ron Sexsmith and New York Times bestselling author Justin Kingsley, Synchronicity is an ode to the medium of black-and-white street photography and a record of the enormity of life’s understated moments.
Curated by Jean-Raphaël Heckly.
Releasing September. Pre-order link to follow.
So there you have it, some fantastic titles to look forward to this year from Figure 1 Publishing. I'm most looking forward to Great Scoops, Synchronicity, In the Present Moment, and The Modern Table.
If you're interested in learning more about Figure 1, and taking a look at some of their wonderful back titles, you can do so on their webstore.
A few of my favourites are Out North, Trevor Lui's Double Happiness Cookbook, Modern in the Making, and Rethink the Business of Creativity.
Labels: figure1
Location: Vancouver, BC, Canada