One of Us is Lying by Karen McManus

Bronwyn, the brain, is Yale-bound and never breaks a rule.

Addy, the beauty, is the picture-perfect homecoming princess.

Nate, the criminal, is already on probation for dealing.

Cooper, the athlete, is the all-star baseball And Simon, the outcast, is the creator of Bayview High’s notorious gossip app.

Only, Simon never makes it out of that classroom. Before the end of detention Simon's dead. And according to investigators, his death wasn’t an accident. On Monday, he died. But on Tuesday, he’d planned to post juicy reveals about all four of his high-profile classmates, which makes all four of them suspects in his murder. Or are they the perfect patsies for a killer who’s still on the loose?

Everyone has secrets, right? What really matters is how far you would go to protect them. 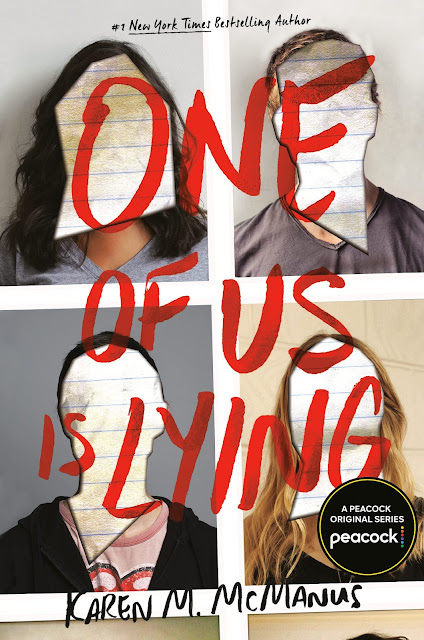 What I thought
This was a buddy read with one of my best friends and it was so worth the read. I’ve had Karen McManus’ One of Us is Lying on my TBR list for over a year now and finally got around to picking up a copy. I’ll be honest, I was tempted to skip the book and just watch the series, but I figure that books are always better than TV and film adaptations.
One of Us is Lying has held a steady place on the New York Times bestseller list for weeks (years?) on end, and I can see why now.
I found the book engaging, well written, easy to read, and with a compelling cast of characters. It reminded me of Gossip Girl at times, which I loved. The plot was captivating enough to keep me reading at an accelerated pace, and I found myself finishing the book in less than two days, eager to find out where it was headed.
One thing I loved about the book was the time stamped alternating perspectives, which gives the reader a glimpse into the lives of the main characters as the storyline progresses.
I wondered at times how McManus could stretch the story into a two (soon to be three) book series but by the time I reached the end of book number one, I figured it out and couldn’t wait to get my hands on the follow-up, One of Us is Next, which will be my next read. 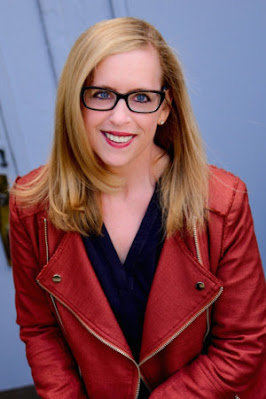 Karen M. McManus earned her BA in English from the College of the Holy Cross and her MA in journalism from Northeastern University. She is the #1 New York Times bestselling author of One of Us Is Lying, its sequel One of Us Is Next, Two Can Keep a Secret and The Cousins. Her work has been published in more than 40 languages. To learn more about Karen and her books, visit her website or follow her on Twitter and Instagram.

One of Us is Lying is available in hardcover format from Indigo and in e-book format from Kobo. Check Penguin Random House CA for additional retailers.