A Story of Obsession and Danger in the Himalayas

For centuries, India has enthralled Westerners looking for an exotic getaway, a brief immersion in yoga and meditation, or, in rare cases, a true pilgrimage to find spiritual revelation. Justin Alexander Shetler, an inveterate traveler trained in wilderness survival, was one such seeker.

In his early thirties, Justin quit his job at a tech startup and set out on a global journey—across the United States by motorcycle, then down to South America, and on to the Philippines, and Nepal—in search of authentic experiences and meaningful encounters while documenting his travels on Instagram. His enigmatic character and magnetic personality gained him a devoted following who lived vicariously through his adventures. But the ever-restless explorer was driven to seek out ever-greater extremes, and greater risks, in what had become a personal quest—his own hero’s journey.

In 2016, he made his way to the Parvati Valley, a remote and rugged corner of the Indian Himalayas steeped in mystical tradition and shrouded in darkness and danger. There he spent weeks studying under the guidance of a sadhu, an Indian holy man, living and meditating in a cave. At the end of August, accompanied by the sadhu, he set off on a spiritual journey to a holy lake—one from which he would never return.

Lost in the Valley of Death is about one man’s search to find himself, in a country where, for many Westerners, the path to spiritual enlightenment can prove fraught, even treacherous. But it is also a story about all of us and the ways, sometimes extreme, we seek fulfillment in life.

What I thought
Expertly investigated and brilliantly written by Canadian magazine editor and writer Harley Rustad, this was without a doubt one of the best works of nonfiction I’ve ever read. I was immersed from the beginning and held captive until the end while Rustad skilfully revived the story of Justin Alexander Shetler’s disappearance through his chilling prose in this electrifying book.
While describing the scenery of Shetler’s last journey, Rustad’s writing is wildly exotic, vividly descriptive, and has the power to take readers on a richly atmospheric expedition to the Parvati Valley and beyond.
“The valley is remote, isolated, and dramatically picturesque. Surrounded by such natural beauty and peace, it is easy to imagine that if one follows the bumpy road that follows the holy river, some fragment of higher understanding or meaning will emerge within reach.”
I was surprised by how informative and well studied Justin’s backstory was, with Rustad having interviewed dozens to collect his data to provide the reader with an incredible amount of insight and knowledge into Shetler’s upbringing, training, and travels.
Lost in the Valley of Death is a story that will stay with readers long after they have read the final sentence. Bravo to Harley Rustad and thank you to Penguin Random House Canada and NetGalley for the ARC. 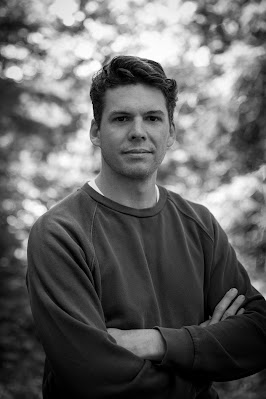 Harley Rustad is the author of Big Lonely Doug: The Story of One of Canada’s Last Great Trees. His writing has appeared in numerous publications, including Outside, the Guardian, The Globe and Mail, and Geographical. He is a features editor and writer at The Walrus, a faculty editor at the Banff Centre’s Mountain and Wilderness Writing residency, and the founder of the Port Renfrew Writers’ Retreat. A fellow of the Royal Geographical Society, Rustad is originally from Salt Spring Island, British Columbia.

Lost in the Valley of Death is available for pre-order (releasing January 11th) in hardcover from Indigo or in e-book format from Kobo. Check Penguin Random House Canada for additional retailers.