Taking Down Backpage by Maggy Krell

“This book is dedicated to the brave human- trafficking survivors who have escaped and shared their stories. Without them, there would be no case, no book, and no anti-human-trafficking  movement.”

For almost a decade, Backpage.com was the world’s largest sex trafficking operation. Seven days a week, twenty-four hours a day, in 800 cities throughout the world, Backpage ran thousands of listings advertising the sale of vulnerable young people for sex. Reaping a cut off every transaction, the owners of the website raked in millions of dollars. But many of the people in the advertisements were children, as young as 12, and forced into the commercial sex trade through fear, violence and coercion.

In Taking Down Backpage, veteran California prosecutor Maggy Krell tells the story of how she and her team prevailed against this sex trafficking monolith. Beginning with her early career as a young DA, she shares the evolution of the anti-human trafficking movement.

Through a fascinating combination of memoir and legal insight, Krell reveals how she and her team started with the prosecution of street pimps and ultimately ended with the takedown of the largest purveyor of human trafficking in the world. She shares powerful stories of interviews with victims, sting operations, court cases, and the personal struggles that were necessary to bring Backpage executives to justice.

Finally, Krell examines the state of sex trafficking after Backpage and the crucial work that still remains. 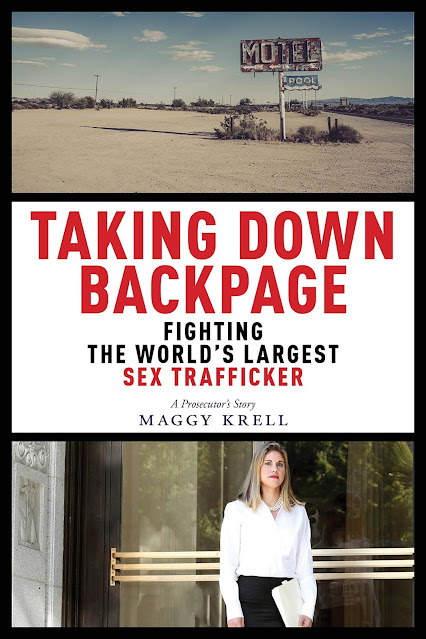 Overview & Opinion
What brought Krell to this work was Operation Wildflower, which was born when she and her colleague, investigator Reye got together and zeroed in on a group of residential brothels and massage parlours that were either hiding in suburban neighbourhoods or masquerading as legitimate businesses.
From this investigation, they collected hours of DVD footage showing brothel owners describing which girls were for sale, the length of time they had been there, and when a new shipment of girls would be arriving. Ultimately, all the details of how the business operated.
Krell and Reye worked tirelessly, focusing on whatever they could to take this to the next level legally, all while supporting the victims. Eventually, with an extensive amount of evidence, the arrests began.
The identity’s of the girls remained protected and they were known as Jane Doe 1, 2, etc.
Krell encountered a number of other women working as prostitutes throughout her career as a prosecutor. Most she connected with were selling their bodies out of sheer desperation, and extreme poverty.
Backpage.com made sex trafficking easy, and to Krell it appeared to be a never-ending pipeline of victims, sex workers, buyers, and street traffickers. She wanted nothing more than a way to disrupt the system, to blow it up, show the world what was happening, and most of all, to make it all stop.
Told by a seventeen-year-old victim at a meeting, “You need to arrest the CEO and shut Backpage down. He is a sex trafficker. Hundreds of lives are being ruined by his relentless greed.” Krell knew she was right, and also knew this was a huge undertaking and challenge.
Committed to supporting her victims, it was a challenge she was going to take on. The challenges Krell overcame while taking this further were mountainous, which you'll read about in the book, but she persevered.
Krell learned from Dave Druliner, a legendary prosecutor and extraordinary lawyer, "He was brilliant, doggedly, and thorough. He was respectful, and open-minded, listening to everyone: cops, victims, witnesses, defense attorneys, and their clients,” Maggy says in the book.
She listened to everyone, she spoke for those who couldn't. She used her position, job title, her experience, and knowledge, to take Backpage to the front and centre of the minds of thousands.
Around 2016, with then Attorney General Kamala Harris's backing, Maggy Krell filed charges against the creators and CEO of Backpage.com, accusing them of a form of pimping. It was then announced on Thursday, April 12th, 2018, that Backpage CEO, Carl Ferrer, had pleaded guilty to charges including conspiracy, money laundering, and had agreed to testify in ongoing prosecutions against others at Backpage.
As you'll read in the book, Krell and her team did a tremendous amount of the legal legwork, investigative undertakings, and follow-ups required to run a beast of this size.
I immediately developed a respect for Maggy Krell while reading this book, which is extremely well written and insightful. Taking Down Backpage is an important and an absolute must-read book.
Maggy Krell is an award-winning impact lawyer, currently serving as Chief Legal Council at Planned Parenthood Affiliates of California. She started her career as a prosecutor, most recently serving as Supervising Deputy Attorney General of the Special Prosecutors Unit. Krell's most notable accomplishments to date stem from her tireless efforts to combat human trafficking and protect and empower victims.
Additional Watching
I first heard about Backpage when I watched I Am Jane Doe on Netflix. It's a documentary chronicling the legal battle that several American mothers are waging on behalf of their daughters who were trafficked for commercial sex on Backpage. It's an incredibly emotional documentary, but eye-opening, and an important. 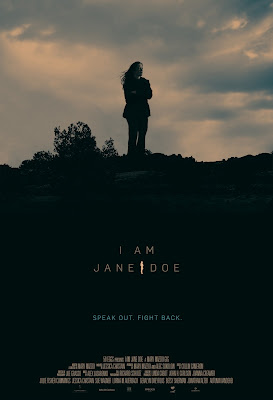 Fifty percent of the film's profits will go to non-profit organizations which will serve chicken affected by human tracking.
You can find the film on Netflix.

Taking Down Backpage is available for pre-order through NYU Press and Amazon. Check GoodReads for a list of other retailers.