My Amy by Tyler James

Memories of Amy Winehouse from Her Best Friend

“Trying to define what we were, friendship is not the right word. I can only describe it as soulmates: she loved me and I loved her. We were like non-blood brother and sister, but also like I was her dad and she was my mum.”

Only one person knows what really happened to Amy, other than Amy herself. He is Tyler James, Amy’s best friend from the age of thirteen. They met at stage school as two insecure outsiders, formed an instant connection and lived together from their late teenage years right up until the day she died, aged just twenty-seven.
Tyler was there by her side through it all. From their carefree early years touring together to the creation of the multiple Grammy-winning Back To Black, which she wrote on their kitchen floor. From her volatile marriage to Blake Fielder-Civil through her escalating addictions, self-harm and eating disorders as the toxic nature of fame warped Amy’s reality. For the last three years of her life, Tyler was with her every day when she’d beaten drugs and was close to beating alcoholism too. He also knew better than anyone the real Amy Winehouse who the tabloid-reading public rarely saw – the hilarious, uncompromising force-of-nature busy taking care of everyone else. 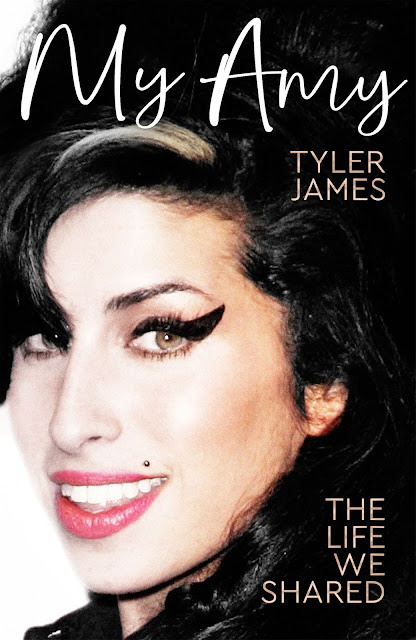 What I thought
I remember exactly where I was the moment I found out Amy Winehouse had passed away. The impact of her death was significant, deeply affecting her friends, family, and fans everywhere.
Amy's unique voice and bestselling songs had become associated with so many major events in my life.
It's been over ten years, and since then, I haven't consumed any media about Amy Winehouse, but when I heard that her best friend, Tyler James, had penned a book about their life together, I was eager to read it.
The moment I started reading, I could feel Tyler's pain through his raw and heartfelt prose. The book opens with him talking about Amy as his soulmate as he expresses all the times he tried to save her and the deals they forged to stop her drinking.
He talks about the constant relapses, and how she'd withdraw briefly and build herself up, only to start drinking again. Tyler pleaded with her to stop, each time packing up and leaving their shared home as a show of him not supporting her addictive behaviour. “I couldn't let her think any of this was OK or just put up with it and do nothing,” he writes, continuing, “Like some people around her often seemed to.”
The book goes on to talk about all the years that Amy and Tyler spent together, covering everything from their first meeting at the Sylvia Young Theatre School and their nights spent at each other's childhood homes to later in life when they travelled the world and lived in flats together in Camden. Tyler shared that he felt an immediate pull to take care of Amy when they first met, and was seemingly always by her side. He was the only one who stuck with her through every high and low in her life, including her biggest successes and wins in the music industry, to her struggles with anorexia, bulimia, self harm, and addiction. Tyler was also there through her tumultuous relationship and marriage to heroin addict, Blake Fielder-Civil, which he talks about in the book.
It was interesting to learn more about Tyler as a person from the book, since I didn’t really know anything about him. He shares what it was like for him growing up in a working class family and living in a council house in East London with a bipolar dad and a mum who struggled financially. He talks about his time at Sylvia Young and his own work as an artist, back when he travelled the world as a singer-songwriter under Simon Fuller's management. Tyler is also vulnerable in sharing a violent attack that temporarily put him in a wheelchair and led to his addiction to painkillers, and eventually alcohol. He’s currently been sober for more than eleven years.
My Amy is an intimate, deeply moving, and emotionally charged memoir that is both heartbreaking and tragic, but also lighthearted and funny at certain parts. Tyler introduces us to a side of Amy that we never got to know in this book, and I believe he captured her essence well throughout. If you were a fan of Amy's then I recommend checking this one out.
Tyler James is a singer/songwriter who was a runner-up on BBC1’s The Voice. Today, he runs his own construction business. He was the best friend of Amy Winehouse and My Amy is his first book.

My Amy is available for purchase in hardcover format from Indigo and in e-book format from Kobo. Check GoodReads for additional retailers.