The Pessimists by Bethany Ball

“Agnes had interviewed them when they'd applied to the school. Rachel wanted desperately for her to approve them. To accept them. To stamp them with her special Petra School stamp.”

Welcome to small town Connecticut, a place whose inhabitants seem to have it all—the status, the homes, the money, and the ennui.

There's Tripp and Virginia, beloved hosts whom the community idolizes, whose basement hides among other things a secret stash of guns and a drastic plan to survive the end times. There's Gunter and Rachel, recent transplants who left New York City to raise their children, only to feel both imprisoned by the banality of suburbia. And Richard and Margot, community veterans whose extramarital affairs and battles with mental health are disguised by their enviably polished veneers and perfect children.

At the center of it all is the Petra School, the most coveted of all the private schools in the state, a supposed utopia of mindfulness and creativity, with a history as murky and suspect as our character's inner worlds. 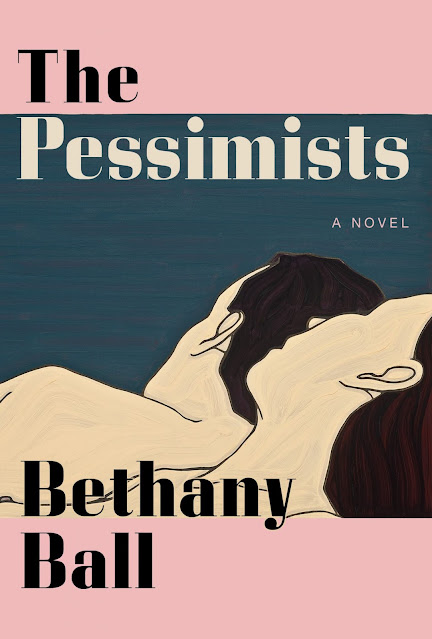 What I thought
I had a really hard time putting this one down. I was so engrossed from the get go.
The book opens at Virginia and Tripp's house, where they're hosting a 2013 New Year's Eve party. Right away, I felt I had this incredible insight into suburban life, and was getting some serious Desperate Housewives and The Stepford Wives vibes.
I found the book dryly hilarious at times as I thought about each character and their ordinary routines. Things that might be boring and ritualistic otherwise, however, they weren't. Each character was so thoughtfully developed throughout the book, keeping me totally engaged. I felt like I could picture them in my mind, and they only grew more interesting as they developed with the plot.
Ball manages to capture the essence of suburban life with such accuracy, each detail of The Pessimists carefully constructed to create the perfect scenes. Bethany kept me captive, and like I said, I carried this book everywhere with me, practically inhaling it, so entirely absorbed by each of the individuals in the book.
I especially loved reading about The Petra School, which the book revolves around. Ball describes it so vividly and in so much detail that she brought it to life as though it were a real place. I wonder if such places exist in suburbia. I'm thinking that they do, but perhaps not quite as extreme as Petra. The descriptions of the school, and especially the “Dear Petra School Parents” notes at the end of each chapter had me in fits of laughter, each one giving me more insight into the current affairs at the school.
I found the characters of Margot and Rachel particularly interesting as their stories developed throughout. Margot reminds me, at times, of Bree Van De Camp, from Desperate Housewives. I loved reading about her rigidity, actions, and demeanour. Although I found her story quite sad at times, I thought she was a really quirky character that added more layers to the story. Rachel held me captive throughout as I read of her unravelling. She's a compelling character and I quite simply couldn't get enough of her.
It was truly fascinating to get a glimpse of each character's perspective set out in different chapters in the book. Each one is facing their own challenges, holding their own hopes, dreams, fears, and secrets close to their hearts. There's an undercurrent of excitement and thrill throughout the book, with the Petra School at the center of it all.
It felt like a gift to be able to read this early, so thank you to PGC Books and Grove Atlantic for the advanced reader copy. I recommend this one, you won't regret it! 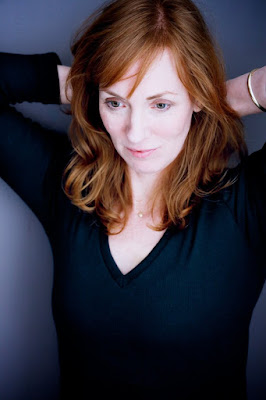 Bethany Ball was born in Detroit and now lives in New York with her family. The Pessimests, published by Grove Atlantic, is her second novel. Her first, What To Do About the Solomons, also published by Grove, came out in 2017.

The Pessimists is available for pre-order (releasing October 12th) at Indigo. Check GoodReads for additional retailers.