Remember Me by Estelle Laure

"Wouldn't you like to forget every bad thing that ever happened to you Forget that dog that died when you were six, the one who stole your heart; Forget the girl who rejected you, the father who abandoned you, the mother who beat you, the boy who dumped you on prom night. Forget everything that no longer serves you."

If you could erase all of your painful memories, would you? Blue Owens wakes up one day with the strangest feeling that something is very wrong. Everyone’s acting weird, and she’s found a note in her closet telling her to get on the Little Blue Bus at 7:45, which she does, meeting up with the exact person she was supposed to avoid: Adam Mendoza.

Even though she has no idea who he is, something about him is so familiar. When the two are discovered by their families, the truth is revealed—Blue has paid to have her memories removed, and Adam is one of those memories.

What transpires is Blue’s journey to get her memories back, uncover the truth of why she had them removed in the first place, and ultimately decide whether they were too necessary to who she is to lose in the first place. 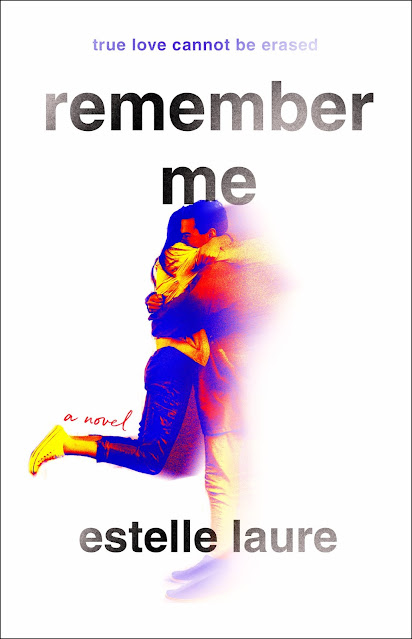 Deeply thought-provoking, Remember Me left me with the same question asked in the synopsis. If I could have all my memories erased and wake up the next day forgetting all the bad things that ever happened to me, would I?

Remember Me opens on the eve of protagonist Blue Owens' seventeenth birthday, when she finds the note in her jewelry box instructing her to get on the Little Blue Bus the following morning. She doesn't know where the note came from, how she came to possess it, or who she could be meeting on the bus, but she feels compelled to follow its instructions. It's there that she meets Adam Mendoza, and the missing pieces of the puzzle start to come together over the remainder of the book.

A captivating and engaging read, with strong themes of trauma, loss, depression, and grief, I found this one hard to put down, reading the entire book in two sittings. Although Laure has penned many novels, this is the first I've read, and I thought it was beautifully written. I liked the strong LGBTQ+ representation and use of pronouns for the character of Jack, as well.

I read some pretty negative reviews about Remember Me which is unfortunate because I found it to be an excellent read. While it did have some dark themes, I found it extremely relatable on a personal level. As someone who has struggled with mental illness for a large portion of my life, and tried many forms of treatment, I've often wondered if I would have that part of myself erased if I could.

All in all, I really liked this book. Despite its heavy themes, it was an easy read. I'm keen to read more of Estelle's work, and have a craving for more Young Adult and LGBTQ+ fiction after this one.

Estelle Laure is the author of ten published and/or forthcoming picture books and young adult novels, including acclaimed novel This Raging Light and Disney's City of Villains trilogy. She has been an Indie Next pick, a BEA Buzz Book author, a Junior Library Gold Standard Selection, and has worked for nearly a decade as an agency associate and editorial consultant with Folio Jr./Folio Literary Management. She holds an MFA in Writing for Children and Young Adults from Vermont College of Fine Arts and a BA in Theatre Arts from New Mexico State University. She lives in Taos, New Mexico with her family.

Remember Me is available in hardcover format at Indigo and in e-book format from Kobo. Check GoodReads for additional retailers.

Thank you to St Martin's Press and Wednesday Books for my advanced reader's copy in exchange for this honest review.