In conversation with Sarah Richards

Sarah Richards is a Canadian author. Her short stories, reviews, and interviews have appeared in carte blanche, Prism International, The Puritan, Rusty Toque, Room Magazine, The Cardiff Review, The Danforth Review, and UNBUILD walls, and she has published non-fiction work with Lonely Planet and BBC.com, among others.

China White is her debut novel. A finalist for the 2018 HarperCollins Award for Best New Fiction, it became an Audible Original title in 2021.

Sarah lives in Vancouver, British Columbia, where she teaches English at Langara College and volunteers as a literacy mentor in Vancouver’s Downtown Eastside. 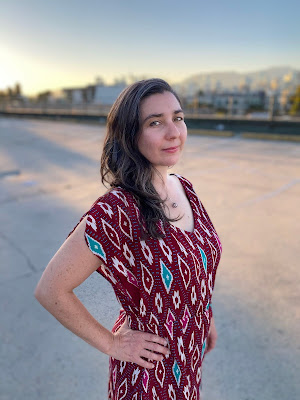 The main protagonist in China White is Styvie Savard, could you tell me a bit about her?

Styvie is a fierce, but flawed middle-aged ex-cop with a dark past. As China White opens, our main character is down on her luck, sleeping in her car and wondering how she’ll make her next insurance payment. Two years ago, she was fired from her dream job as a police constable when she made a mistake on duty, and she’s never recovered from the loss.

Although Styvie always wants to do the right thing, she’s stubborn and proud — demanding perfection despite being entirely imperfect herself. She’s also short-tempered and impulsive, but loyal as a dog.

No stranger to living on the edge, Styvie makes an unsuspecting undercover operator in China White, working on the sly for her ex-boyfriend who’s still on the force. She roots out a drug kingpin and cult leader with a teenage runaway at her side, but her work doesn’t end there. China White is only the first instalment in the Styvie Savard series, so she will be back for more in book two.

I love that China White is set in Vancouver. What made our city the perfect backdrop for your debut?

Vancouver seems to have a split personality. While it has so much to offer with its diversity, climate, and natural beauty, there’s also a really dark side. I don’t just mean crime, but also social issues that have resulted in the opioid epidemic, the housing crisis, and a rising homeless population. Every year, I feel like the city becomes more polarized between those who can afford to live here, and those who can’t. So many of us want to love the city, but it doesn’t always love us back.

That said, for a crime writer, all of this conflict and struggle makes for a fertile setting.

While books usually hit the shelves before they come to audio, China White went straight to audio. What was the reason for that? Are you hoping to see the book in print someday?

Audible.ca saw the vision right away for China White (and the Styvie Savard series), and audio was the right choice in part because the protagonist tends to blend English and French in dialogue and narration. The audiobook performer, the fantastic Quebecois actress and director Juliette Gosselin, skilfully narrated both the English and French versions, lending the Styvie Savard series a seamless and authentic feel.

I feel lucky to be publishing alongside so many talented writers, narrators, and producers who are committed to creating unique, Canadian content for Audible Originals. Another bonus is that China White (and thousands of other titles) will be available as part of the Plus Catalogue, making access to the audiobook free for Audible members. I’m grateful China White will get a ton of exposure — that’s a big deal for a debut author like me.

What's one audiobook you would recommend my readers listen to?

I’m enjoying, the podcast Wild Sounds of Canada with marine biologist Sarika Cullis-Suzuki. When I’m cooking or walking, I often re-listen to the British Columbia episode, and every time I learn something new about the ecosystems of the Pacific Northwest.

Brooklyn North is another fascinating Audible Original that delves into the history of crime, police brutality, and corruption in 1980s Brooklyn. I like how the production weaves together interviews, personal stories, narration, and sound effects.

Are you reading anything at the moment? Any must-reads on the list for the coming months?

Yes! I always have a handful of novels on the go! I love Japanese crime fiction, and I’m reading both Grotesque by Natsuo Kirino and Confessions by Kanae Minato. Both are dark, twisty, and totally compelling.

Rather impatiently, I’m awaiting Cara Hunter’s next installment in the UK-based DI Fawley police procedural series, The Whole Truth (not yet out in Canada). Her books always deliver with clever plotting, perfect pacing, and well-developed characters.

I’m also reading From the Ashes: My Story of Being Métis, Homeless and Finding my Way by Jesse Thistle, a truly astonishing memoir of resilience and survival against all odds. I admire the unflinching exploration of inter-generational trauma and systemic racism in Canada. On Audible, I’m listening to Destination, Baby by Torrey Peters, which somehow manages to be heartbreaking and hilarious at the same time, with fresh takes on relationships and parenting.

On my to-read-next list are NightBitch by Rachel Yoder, All’s Well by Mona Awad, and Vanishing Half by Brit Bennett. 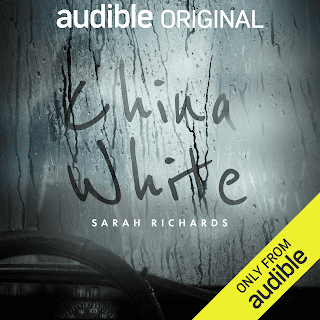 China White is a fast-paced, female-driven crime thriller set in Vancouver’s gritty underbelly. In this story of survival and redemption, Styvie Savard, a disgraced ex-cop with a tainted past, forms an unlikely alliance with a teenage runaway living on the edge.

Together they'll confront a menacing drug kingpin and a sinister cult leader, blurring the lines between right and wrong.

Welcome to the dark and dangerous world of China White, an Audible Original. Justice at all costs.