The Weight of Sand by Edith Blais

“There, on the third day, was when we really understood what we had stumbled into. We weren't caught up with a bunch of petty thieves, we were in the clutches of a major organization that would ask our governments to pay ransoms for our release, or use us in a prisoner exchange.”

THE WEIGHT OF SAND

In January 2019, news outlets reported that a young Canadian woman and her Italian companion were presumed kidnapped while traveling in Africa’s Sahel region, a haven for Islamic terrorists.

Little was known about the pair’s fate until they reappeared in Mali more than one year later, having apparently escaped their captors.

Now, in The Weight of Sand, Edith Blais describes her harrowing hostage experience for the first time—and reveals that writing poetry in secret helped save her life.

Edith recounts the prolonged terror of her months as a hostage, enduring violent sandstorms, constant relocations, grueling hunger strikes, extreme isolation, and the unpredictability of her captors. She also shares the luminous poems she wrote in secret with a borrowed pen, which became a lifeline of creativity and one of the few possessions she smuggled out in her escape, strapped to her leg under her clothes. 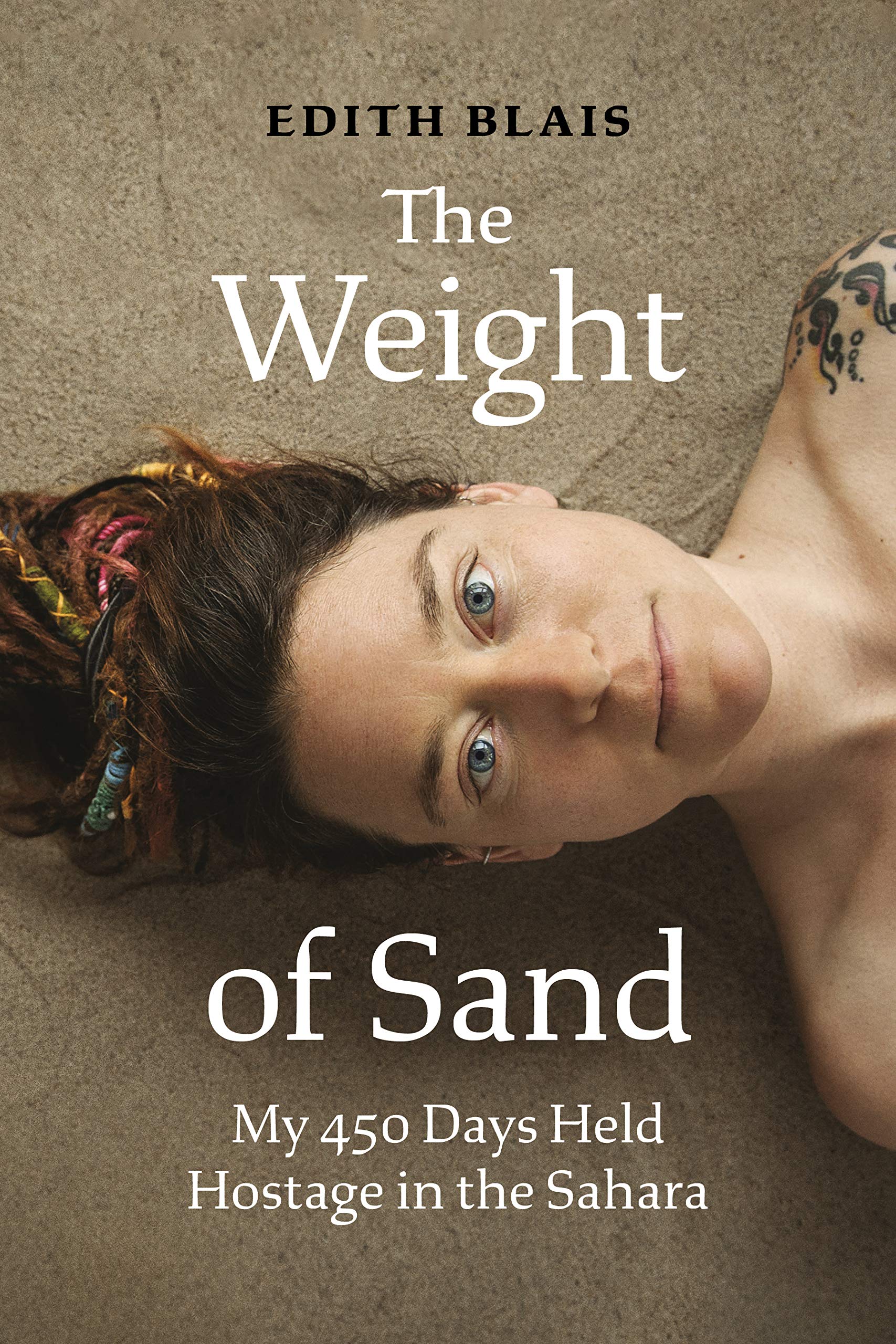 What I thought
I was thrilled to receive an advanced reader's copy of The Weight of Sand from Greystone Books ahead of its release. I hadn't heard of Edith Blais, or her story before, but upon reading the summary, I felt compelled to read the book.
Right from the beginning of her memoir, Edith's personality shines through, her passion for travel and adventure so apparent on those opening pages.
“Once I had a taste of adventure, I was hooked: the freedom spoke to my soul. Traveling was intoxicating, and I didn't want it to stop — I wasn't full yet. I wanted to discover what was happening elsewhere in the world, in other cultures.”
She states that she's always been carried by dreams and nourished by reality.
Reading about Edith's travels in the opening chapter was breathtaking, the places she's been and the things she's seen. She's a free spirit, that much is obvious. I wished early on that I was reading a memoir of her travels, and not what I knew was coming.
Throughout the book, the reader is treated to the poems Edith wrote while held in captivity, the fifty-seven that she managed to carry to freedom with her, hidden at her waist, under her clothes. The poems are stunning, and convey the essence of what life was like during those horrifying days. She wrote these while staying with three other women, all of whom may still be being held hostage in the desert.
Blais truly sets the scenes in her memoir, painting an exquisite picture of her surroundings, everywhere from Jasper in Canada to Mali in West Africa, from the comforts of Canadian lands, to the tensions of unknown terrains. No detail is left untouched in this moving memoir.
“You don't realize what you have until you've lost everything. We thought we had already crossed the border into disaster, unaware of the other disasters that were waiting patiently for us, lurking in the shadow of our destiny.”
Blais is able to portray the extent of their torturous capture through her prose, and at the end of the book I found myself totally speechless, wondering how someone could go through what she had, and go on to tell the tale.
The Weight of Sand was beautifully written, entirely engaging, and completely addictive. I had a really hard time putting this down, finishing it in under 24 hours. I had to constantly check in with myself throughout to remind myself that, despite this reading like a work of fiction, and despite feeling like I was watching a thrilling movie, this was the real life of a Canadian woman.
This was a fantastic memoir and is absolutely worth the read.


Edith Blais is a chef and self-taught writer and artist who chooses to lead a simple life. In 2019, she and her traveling companion, Luca Tacchetto, were taken hostage by an Islamic militant group in the Sahel region of Africa. Her writings during her fifteen months of captivity became the basis for her first book. Edith escaped her captors in March 2020 and currently lives in Sherbrooke, Quebec.

The Weight of Sand is available for pre-order (releasing September 21st) from Indigo. Check GoodReads for additional retailers.

Thank you Greystone Books for the advanced reader copy of this book in exchange for an honest review.