Haikus for the Burnout Age by Comedy Greats

Introduction by Aparna Nancherla and Illustrations by Emily Flake

Jokes and haikus have a common goal: to pack the greatest punch in the most succinct way possible. In Eating Salad Drunk, today's biggest names in comedy come together to do just that, with hilarious, poignant, and (sometimes) dirty haikus about living and coping in our modern burnout age. Contributors include Jerry Seinfeld, Michael Ian Black, Aubrey Plaza, Margaret Cho, Maria Bamford, Ray Romano, and many more! Curated by Gabe Henry, author and manager of the popular Brooklyn comedy venue Littlefield, Eating Salad Drunk's topics include everything from modern romance and screentime to food and entertainment.
The book also includes 50 super-relatable black and white drawings by New Yorker cartoonist Emily Flake, as well as a foreword by stand-up comedian and actor Aparna Nancherla.
Eating Salad Drunk is the perfect gift for any fan of humour as an escape from our dystopian present. 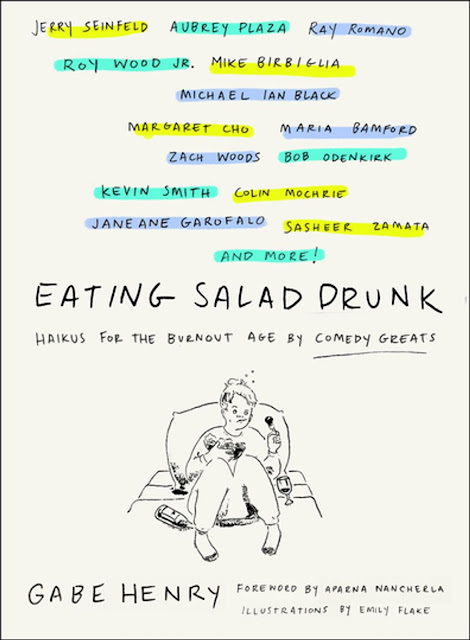 Review
“Tweets, ’grams, Snapchats, and TikToks—it seems everything these days can be boiled down to a few seconds or a minute of commitment as a consumer,” says Arpana Nancherla in her foreward.
It’s true, society today has no time for anything longer. We’re busy, busy, busy. And even looking at a meme for a second too long can seem unbearable.
Gabe Henry states in his introduction, “From its earliest days, the heart of haiku poetry was humour.” He continues, “The roots of haiku, in fact, are right there in the word itself: haiku literally means “comic verse.”
This little book of gems had me laughing so hard within minutes I thought I’d wake my entire apartment building up. I lay awake into the wee hours submerged in this book, giggling myself to sleep, hanging onto every three line seventeen syllable haiku.
Hilarious and delicious, I gobbled Eating Salad Drunk from cover to cover within an hour, then wanted to read it all over again. This is one of my favourites:
“Bought avocados.
Eleven organic ones.
Now I can’t pay rent.”
—Atsuko Okatsuka
As I neared the end, all I wanted was more. And then I realized I could literally just start all over again. I already want to order this book for friends, knowing exactly who in my life will love it as much as I did. It makes for a perfect gift.
Comic geniuses fill every page of Eating Salad Drunk. It’s bright, bold, and absolutely brilliant. An easy read that is sure to bring a smile to your face. I enjoyed every minute, and my face hurts from laughing.
I adored this and it felt like a gift to get to read it early.
All author proceeds from this book will benefit Comedy Gives Back, a nonprofit providing resources for comedians struggling with substance abuse and mental illness, and whose livelihoods have been affected by COVID-19. For information about how to donate, visit Comedy Gives Back.
About the author 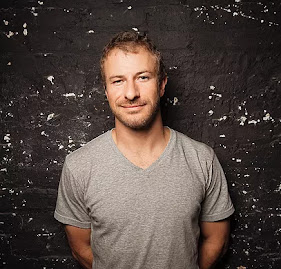 Gabe Henry is a New York-based writer, editor, and manager of the Brooklyn comedy venue Littlefield. He published his first book, What the Fact?! 365 Strange Days in History (Chronicle Books), in 2018.
About Arpana 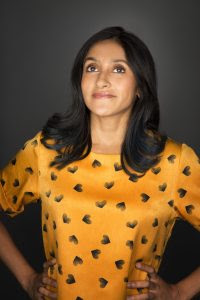 Aparna Nancherla is an American comedian and actress. She has appeared on Inside Amy Schumer and has written for Late Night with Seth Meyers and Totally Biased with W. Kamau Bell.
About Emily Flake 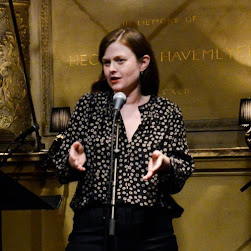 Emily Suzanne Flake is an American cartoonist and illustrator. Her work has appeared in The New Yorker, The New York Times, Time and many other publications.

Eating Salad Drunk is available for pre-order (releasing February 22nd) at Indigo and on Kobo. Check GoodReads for additional retailers.

Thank you to St Martin’s Press and NetGalley for the ARC.