“For one human being to love another human being, that is perhaps the most difficult task that has been entrusted to us, the ultimate task, the final test and proof, the work for which all other work is merely preparation.”

An anonymous writer stays up late into the night penning personal and inappropriate letters to a local public official. A new father and cook at a Montreal café chronicles the tyrannical rise of a new manager. An eccentric young student, in trying to carve out a space for herself, deals an existential blow to her roommate.
Dead Flowers is a collection of stories featuring characters who have become estranged from the trajectory of their lives, yet must grapple with youth, love, isolation, drugs, friendship and the changing of seasons. These are stories of peripheral tragedies, moral ambivalence and compromise, chance and how we are shaped by what finds us. 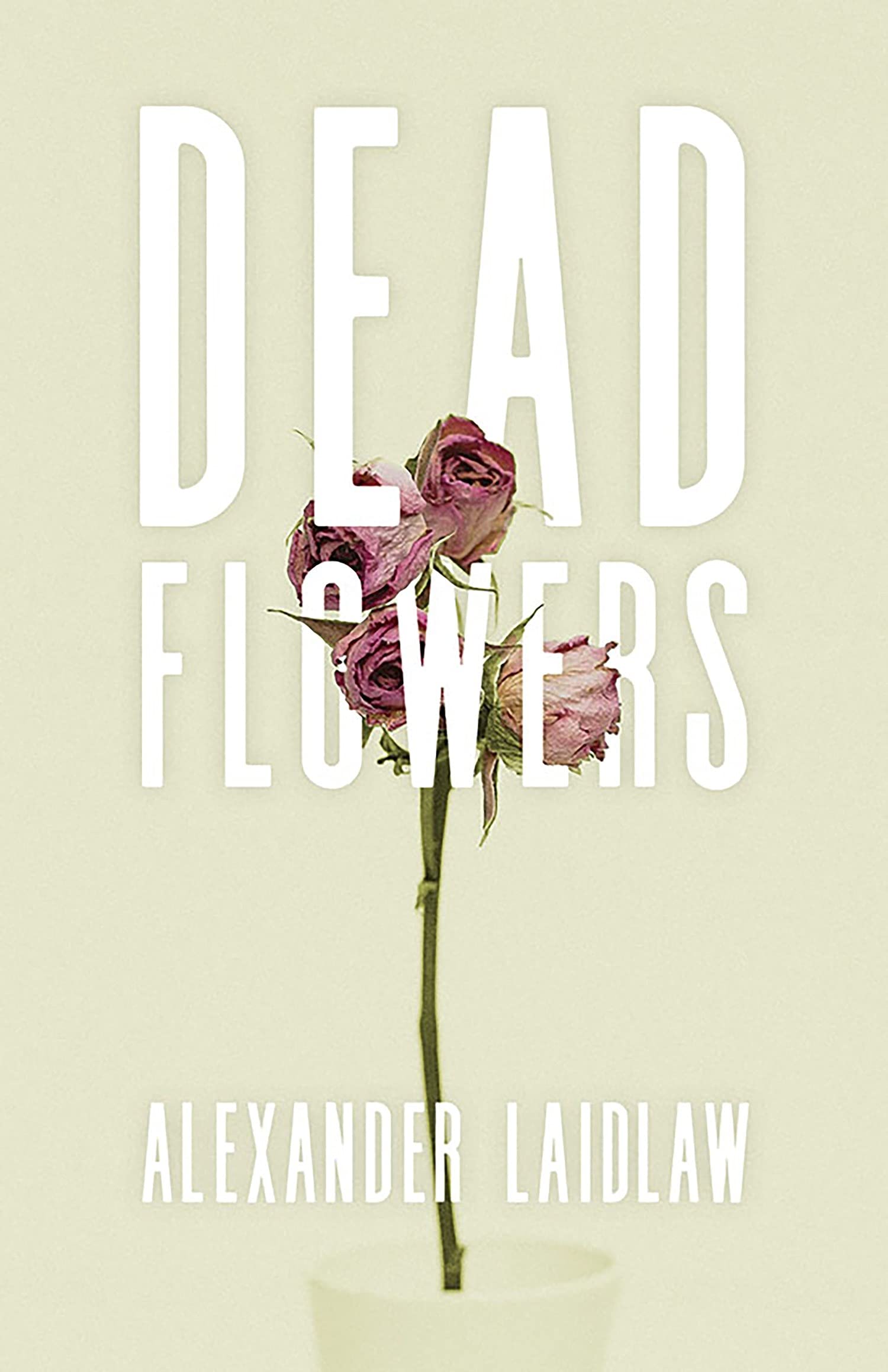 An absolutely remarkable collection of eight short stories by Canadian author Alexander Laidlaw. These tales had the power to draw me in right away. I felt completely captivated by the first story, Dead Flowers, which is so short yet so entirely powerful, the prose stunning and deeply thought-provoking.

I could feel the emotions conveyed in On Gordon Head vibrating through me as I read about Elly and Sam. Alexander's writing had the power to pump oxygen into each character in this story, really bringing them to life. This was one of my favourites in the series.

The story that resonated with me the most was called About Franklin. It's a story that centres around Charlie, Annie, and a mysterious friend named Franklin. For me, this was the heart and core of the book, and the one that I found most engaging.

About Franklin explores themes of friendship, life, love, and loss. I thought about friendships in my own life, how one day we can have a bond so strong with another human, and then suddenly by the forces of nature or the passing of time, those bonds are broken and our oneness suddenly becomes two, separating us into two entities and splitting us apart as we each go our separate ways.

“It was like Annie and I were stuck on different pages. It was like we had skipped a beat and the rhythm had been broken between us. The trouble was that we never happened to speak about it, although she must have recognized it too.”

The stories in Dead Flowers gives the reader a peek into the lives of ordinary people whose existence has been disrupted in some way, by unexpected events. Each story is so entirely separate from the last, unique and original, taking the reader to a new place in their mind with each turn of the page. As with many short stories, I found myself reading between the lines, constructing the remainder of the story, and picturing each scene in my head.

All in all, this was a beautiful collection of shorts, and I highly recommend checking it out.

Sunshine Coast, BC, author Alex Laidlaw’s writing has been featured in SubTerrain, Event, Cosmonaut Avenue and the Hart House Review among other literary magazines. He holds a BA in literature from the University of Victoria. Laidlaw is interested in the intersection of arts, literature and historical narratives.

Dead Flowers is available to purchase in paperback format from Nightwood Editions and Indigo. It's also available in e-book format from Kobo. Check GoodReads for additional retailers.

Thank you Nightwood Editions for the copy of this book in exchange for an honest review.