A Tale of Two Omars by Omar Sharif

A Memoir of Family, Revolution, and Coming Out During the Arab Spring

“The first time I walked home from school with suicidal thoughts, I’d already written my eulogy in my head.”

A TALE OF TWO OMARS

The grandson of Hollywood royalty on his father’s side and Holocaust survivors on his mother’s, Omar Sharif Jr. learned early on how to move between worlds, from the Montreal suburbs to the glamorous orbit of his grandparents’ Cairo. His famous name always protected him wherever he went. When, in the wake of the Arab Spring, he made the difficult decision to come out in the pages of The Advocate, he knew his life would forever change. What he didn’t expect was the backlash that followed.
From bullying, to illness, attempted suicide, becoming a victim of sex trafficking, death threats by the thousands, revolution and never being able to return to a country he once called home, Omar Sharif Jr. has overcome more challenges than one might imagine. Drawing on the lessons he learned from both sides of his family, A Tale of Two Omars charts the course of an iconoclastic life, revealing in the process the struggles and successes that attend a public journey of self-acceptance and a life dedicated in service to others. 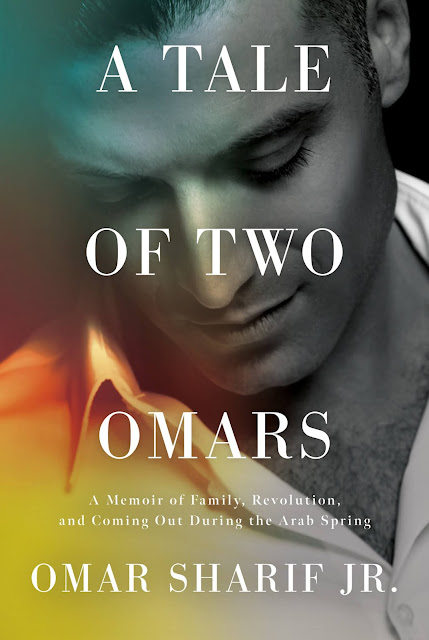 What I thought
The prologue opens with a powerful statement from Omar's coming out article in The Advocate.
“I write this article in fear. Fear for my country, fear for my family, and fear for myself. My parents will be shocked to read it, surely preferring I stay in the shadows and keep silent, at least for the time being. But I can’t.”  He continues, “I am Egyptian, I am half Jewish, and I am gay.”
What follows in the book is an incredible amount of loss and devastation. Losing his grandparents, watching his mother battle cancer, experiencing sexual assault on more than one occasion, and most of all, being banished from his home country. He sought freedom in being an openly gay man, and was met with the opposite.
“People are quick to say be yourself, as if it’s that easy to do. Be proud of who you are, they say, as if the world is ready for that. Tell the truth — but when I did, after years of hiding in fear, I was banished from my home in Egypt — forced into exile for being myself.”
Omar Sharif Jr. laid himself completely bare in this memoir, opening up entirely. He shares details of his upbringing, his relationship with his parents, the most difficult times in his life, and of his advocacy work for LGBTQ+ rights.
I found it hard to imagine what life in Egypt as an LGBTQ+ individual must be like. According to Human Rights Watch, “The Egyptian government is refusing to recognize the existence of lesbian, gay, bisexual, and transgender (LGBT) people, flouting its responsibility to protect the rights of everyone.' HRW continues to state that 'Egyptian police and National Security Agency officers arbitrarily arrest lesbian, gay, bisexual, and transgender (LGBT) people and detain them in inhuman conditions, systematically subject them to ill-treatment including torture, and often incite fellow inmates to abuse them.”
I appreciated reading about the work Omar is doing when it comes to advocating for the rights of others, despite not initially being accepted by the LGBTQ+ community. He was facing death threats from Egypt then told by the queer and activist communities, “He’s just privileged, what could he know about struggle or sacrifice?”
Eventually he was accepted, and even became an advocate for GLAAD. These days, he states, “I no longer consider myself an activist. Many of the actions I see activists taking these days seem to be motivated by polarizing, all-or-nothing confrontations.”
This memoir truly broke my heart, but also inspired me greatly. It's my hope that one day things will change in countries where people are forced to hide a part of themselves, where they seek nothing but freedom and the right to be who they are.
This is an important read, and one I highly recommend. 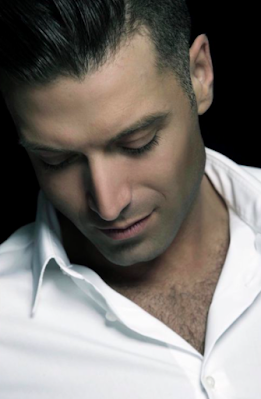 Omar Sharif Jr. is an Egyptian-Canadian actor and model who currently lives in the United States. He is the grandson of Omar Sharif, the actor. He is widely considered to be the first openly gay person in the Arab world.

A Tale of Two Omars is available for pre-order (hitting shelves October 5th) at Indigo and on Kobo. Check GoodReads for additional retailers.

Thank you Counterpoint Press and NetGalley for this advanced reader copy in exchange for an honest review.