The People We Keep by Allison Larkin

"They say you spend half your like asleep, but I think I've been awake for most of it. I wonder if I'll ever stop waking up at the slightest little noise, thinking it could be my mom sneaking back home to take me with her. I wonder if sleeping is something I could ever learn to do."

THE PEOPLE WE KEEP

Little River, New York, 1994: April Sawicki is living in a motorless motorhome that her father won in a poker game. Failing out of school, picking up shifts at Margo’s diner, she’s left fending for herself in a town where she’s never quite felt at home. When she “borrows” her neighbor’s car to perform at an open mic night, she realizes her life could be much bigger than where she came from. After a fight with her dad, April packs her stuff and leaves for good, setting off on a journey to find a life that’s all hers.

As April moves through the world, meeting people who feel like home, she chronicles her life in the songs she writes and discovers that where she came from doesn’t dictate who she has to be.

This lyrical, unflinching tale is for anyone who has ever yearned for the fierce power of found family or to grasp the profound beauty of choosing to belong. 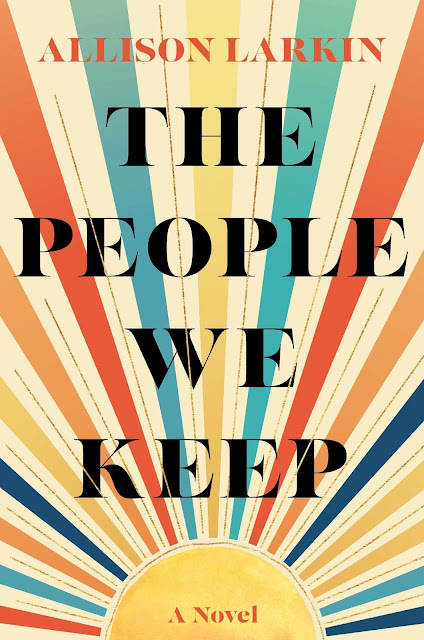 What I thought
I absolutely loved this story. Immediately I felt I could picture April's scenario, knowing from the get go that she was on the run from the mundane small town she was living. It was obvious she wanted better for herself, and I got so sucked in that I wanted more for her too.
"The world is ending, or at least I'm done with it. I keep thinking I need a plan, but so far, this is it: shove everything in bags," she continues, "I could finish high school. I could be that person, the one who makes good on things. But then I think about inertia. That whole body at rest thing. I think about how wives don't play guitar in bars and double dating with Mark Conrad for all eternity. Matty coming home with a six-pack every night, covered in factory grease."
I felt the author really took me on a journey to the places April was, both physically and mentally. Larkin writes in such a vividly descriptive way, which made me feel like I was accompanying April on her adventures, giving me a chance to be a part of the story.
I loved the character development, especially as the story progressed in parts two and three, when we get the chance to meet April at different times in her life.
My favourite character was Margot. I just kept thinking about a friend of my mum's while reading scenes with her in them. And I also adored how she was such a mother figure to April, always looking out for her and making sure that April checked in with her weekly.
"It's that time of night just before it gets dark when the light is orange, and everything looks brighter, and seeing him chopping at our Christmas tree, looking golden, his breath forming clouds, makes me wish I took pictures or painted or had some way of keeping all of this in my mind exactly as it is so I'll never forget."
The People We Keep is gorgeous, with a prose that just took my breath away at times. Larkin manages to really convey April's emotions throughout with such accuracy, and by the end of the book, I felt I knew her so well.
The People We Keep is a book I'll keep! 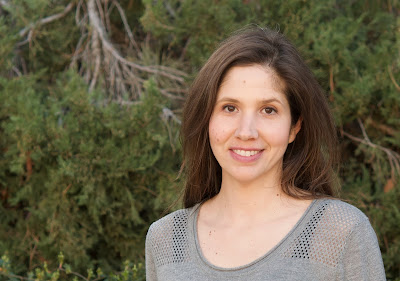 Allison Larkin is the internationally bestselling author of the novels Stay, Why Can’t I Be You, and Swimming for Sunlight. Her short fiction has been published in the Summerset Review and Slice, and nonfiction in the anthologies, I’m Not the Biggest Bitch in This Relationship and Author in Progress. She lives in the San Francisco Bay Area, with her husband, Jeremy, and their fearful, faithful German Shepherd, Stella.

The People We Keep is available for purchase in hardcover at Indigo or in e-book or audiobook format on Kobo. Check GoodReads for additional retailers.