The Beauty of Living Twice by Sharon Stone

“Yes, we came from poverty and violence and the kind of interior crisis that seems to happen only to the very rich or the very poor. The secret kind of violence, the quiet kind of lies. We were tough, we were Irish, we looked richer than we were. We looked like we had it together. We had pride, if nothing else.”

THE BEAUTY OF LIVING TWICE

Sharon Stone, one of the most renowned actresses in the world, suffered a massive stroke that cost her not only her health, but her career, family, fortune, and global fame. In The Beauty of Living Twice, Stone chronicles her efforts to rebuild her life and writes about her slow road back to wholeness and health. In a business that doesn’t accept failure, in a world where too many voices are silenced, Stone found the power to return, the courage to speak up, and the will to make a difference in the lives of men, women, and children around the globe.

Over the course of these intimate pages, as candid as a personal conversation, Stone talks about her pivotal roles, her life-changing friendships, her worst disappointments, and her greatest accomplishments. She reveals how she went from a childhood of trauma and violence to a career in an industry that in many ways echoed those same assaults, under cover of money and glamour. She describes the strength and meaning she found in her children, and in her humanitarian efforts. And ultimately, she shares how she fought her way back to find not only her truth, but her family’s reconciliation and love.

Stone made headlines not just for her beauty and her talent, but for her candor and her refusal to “play nice,” and it’s those same qualities that make this memoir so powerful. The Beauty of Living Twice is a book for the wounded and a book for the survivors; it’s a celebration of women’s strength and resilience, a reckoning, and a call to activism. It is proof that it’s never too late to raise your voice and speak out. 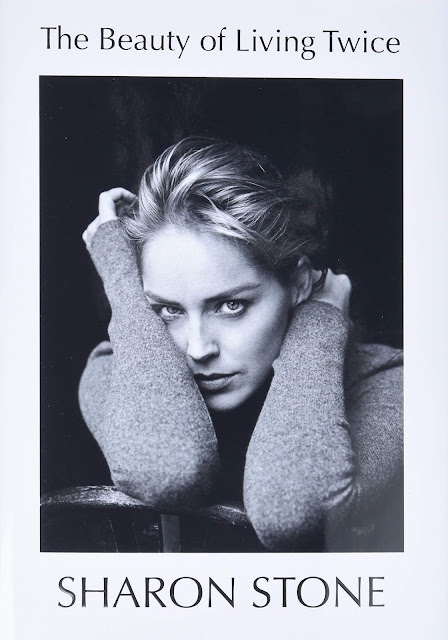 What I thought
Wow. Wow. Wow.
The Beauty of Living Twice opens with a chapter Death Becomes Me, in which Sharon bares her entire self when talking about her cerebral hemorrhage. “I opened my eyes, and there he was standing over me, just inches from my face. A stranger looking at me with so much kindness that I was sure I was going to die.”
When she first showed up to the hospital, the staff assumed she was faking it, “Some people imagine that because you can act in a film, you just act in your day-to-day life,” she says. But they soon found out she wasn't, and that she was bleeding into her face, brain, head, and spine. Stone had a one percent chance of survival.
In this raw and emotionally charged memoir, Stone talks about life, death, friendships, and family. She dives deep into each, the love for her grandmother and the conflicts with her mother and father. The struggles with her brother.
When talking about the wealth she has now, the money, and the cash that was lacking at home when she was growing up, she says, “But we had our own kind of wealth as children. Dinner on the table every night, everything made from scratch.”
Sharon shares the details of her miscarriages, and the adoption of her son. She tells tales of Hollywood, funny stories when climbing the ladder of fame, the close friendships she always had, and the ones she made on her way to stardom.
“I feel proud of my scars. Even the ones that no one can see,” she continues, “I think as I get older, I'm getting closer to the center of my onion, the soul of my heart.”
There’s your typical run-of-the-mill celebrity memoir, and then there’s The Beauty of Living Twice, in its own category, this profoundly moving book brought me to tears several times. I listened to the audiobook as well, and Sharon is so incredibly vulnerable while reading her story, crying herself at times throughout. The Beauty of Living Twice is an absolutely gorgeous and awe-inspiring book. 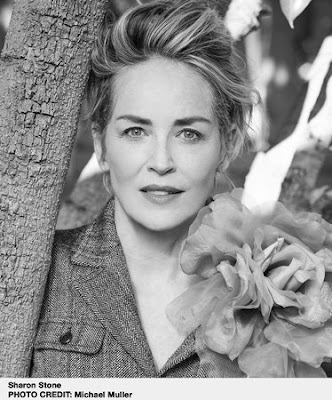 The Beauty of Living Twice is available for purchase at Indigo and on Kobo. Check Penguin Random House CA for additional retailers.

FYI - I purchased the hardback book and audiobook so this review was not written in exchange for a book.