“Primary obsessions was a disorder with all of the violent magical realism of a Colombian crime novel—a place where the rules of the world as it is were only in effect right up until the second that they weren’t; a place like the internet, where evidence was considered, but without perspective or scale.”

In this exciting new series by Charles Demers, the endearing and unflappable Dr. Annick Boudreau regularly confronts a myriad of mental health issues in her psychology practice at the West Coast Cognitive Behavioural Therapy Clinic in Vancouver, British Columbia. But even Annick is stunned when Sanjay, a young patient who suffers from Obsessive Compulsive Disorder, is arrested for the brutal murder of his roommate.
While Sanjay is tortured by repeated violent thoughts, everything Annick knows about her patient and his illness has her convinced that he’s innocent. But the police and prosecution are convinced that they have caught the perpetrator and aren’t interested in looking for other suspects.
Unable to talk to the authorities because of doctor-patient confidentiality, Annick feels compelled to investigate on her own, finding herself drawn into the darker side of her postcard-perfect city in the process. 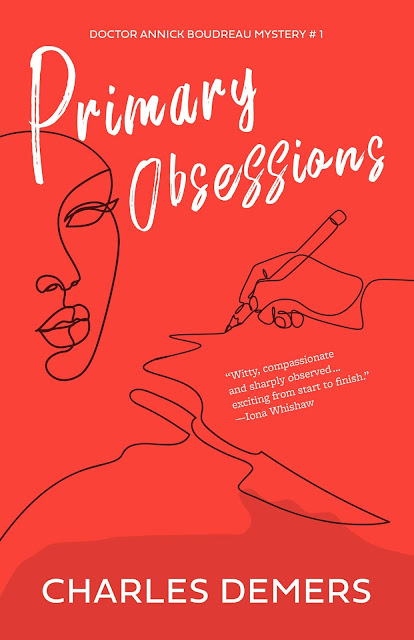 Review
I felt pulled into this mystery/thriller right from the beginning, and found it all the more interesting because the setting of the book is Vancouver, which is where I live. The prose is so vividly descriptive that the characters in the book are truly brought to life.
When talking about Vancouver, the author really sets the scene, each one richly atmospheric and painting an accurate picture of Vancouver and Annick's surroundings at the time. I felt like I was on that journey around the city with each of the characters, Dr. Annick Boudreau at the center of it all.
“Annick started across the Granville Street Bridge, the billion-dollar skyline of a thousand car commercials at her back. She stared out past the Burrard Bridge, like the Vogue and City Hall one of the city’s rare instances of art deco, and into the wide green-blue of English Bay. She looked down and saw Granville Island, which would even today, in the middle of the putative workweek, be teeming with summer crowds, tourists throwing bread crumbs to pigeons in violation of signs prohibiting same, local stage actors on break from rehearsing American plays.”
I found that Demers masterfully sets the scenes, and he put each detail put into play for a reason. Throughout the book we get the chance to meet some of Dr. Boudreau's other patients, learn about her media work, and her personal life outside the office, which really kept me engaged beyond the story of Sanjay. It also made for great character development as the plot thickened.
I felt like there was no looking back once I started this story, consuming the entire book in one sitting. When Annick starts to become involved in the investigation, Primary Obsessions really picks up in pace, and I felt I couldn't look away for a moment, so entirely engrossed in the story, and her Nancy Drew-esque adventures.
As I reached the end of the book my hairs were standing at full attention. I was so eager to get to the end to figure it all out.
This book held me from start to finish. 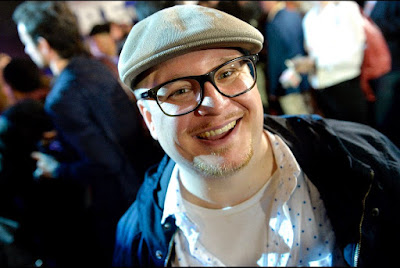 Charles Demers is a Canadian writer, comedian and political activist. He was born in Vancouver, British Columbia. He is a lecturer at the University of British Columbia, where he teaches a Creative Writing course about writing comedy.

Primary Obsessions is available to purchase at Indigo and on Kobo. Check GoodReads for additional retailers.