In conversation with Kimberly Glyder

Kimberly Glyder’s award-winning illustration and design studio specializes in lettering, illustration, and design for stationary, retail products, and book publishing. Clients include: Penguin Random House, Sourcebooks, HarperCollins, Simon & Schuster, Houghton Mifflin Harcourt, and Graywolf Press. She has a studio in the Philadelphia area, where she lives with her husband and two children. 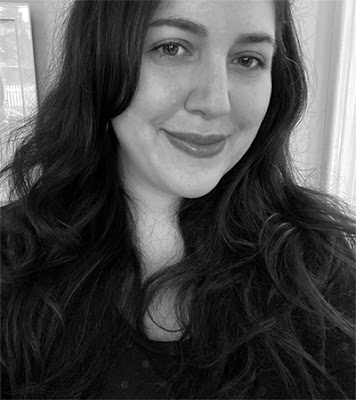 How did you get into the world of book cover design?

Like so many book cover designers, I was a voracious reader and also loved drawing and painting as a child. I switched from being a painting major to a graphic design major at RISD and I think both of these disciplines inform the kind of designer I am today. Book cover design allows me to bridge these two worlds.

After college, I worked at traditional design firms designing logos, print materials, etc., and I also had a stint as a museum exhibit designer. Ever since I noticed the cover designer credits on the backs of books though, I thought it was an intriguing job and I wanted to switch into publishing. Through a bit of luck, I landed at Da Capo Books in Boston where Art Director Alex Camlin hired me and I began my career as a book designer, leaving a couple of years later to strike out on my own. I gave myself a year to build up a client list, supplementing my income working as a contract designer at the Smithsonian, and then finally switched to full time freelance book design.

Looking at your website, you've designed so many incredible covers. Many of books that I've read or have seen at my local bookstore. What's been your most memorable cover and why?

Her Body and Other Parties by Carmen Machado is a favorite from a few years back. I recently saw a Twitter thread on various interpretations of the cover image. Some see a corset (or other random objects), but it’s actually an anatomical drawing of a neck with the green ribbon encircling the woman. I wanted to show something gruesome without it being off-putting to the viewer…you’ll get it when you read the book.

I like how Find Layla came together. It’s a more recent jacket design which had a pretty broad direction to begin with. From the first cover brief I received, I had a clear vision of what I wanted to try, and it was really fulfilling to create the type, paper cut, and photo, all in one design.

Another cover that has stood out recently hasn’t published yet: The House of Rust. The book features a young girl on a journey to see her father and along the way encounters various types of animals and even sea monsters. I had a great time drawing these creatures based on details from the book and my own imagination (I hope I did them justice!).

You Had Me at Pet-Nat, published by Hachette, is coming out this October. I'm excited about that one! What was the creative process and inspiration behind that cover?

Amanda Kain, my Art Director at Hachette, sent this book to me after it had already gone through a couple rounds. As these things often go, sometimes everyone just needs a fresh set of eyes (even if the previous comps were great options). I had the sense they wanted something illustrative (the author has a magazine with really lovely illustrations throughout that was definitely an inspiration).

I’m pretty sure the author specifically DID NOT want a photo of herself on the cover and that was made clear in the brief. As I worked on the comps though, I thought the cover might lend itself to showing the author in some form since the writing is so personal. I decided to review photos I could find of the author and work on some rough sketch-like illustrations alluding to her without too much detail (or a direct reference). I wasn’t sure if they would even show this comp in-house, but to my Art Director's credit, she did.

I think this is just one of those covers where you try a lot of different styles until you hit the mark. It’s actually a perfect example of the ups and downs of our profession…you have to keep trying til you get the right fit, but it’s difficult for designers (and ADs) to know what direction to go in—there’s no formula for getting a cover right. We hit so many walls making things work.

Luckily, this comp was approved. I really love that they approved of this unexpected color palette of orange and pink which hints at earth tones and wine making.

What's one book you would recommend to everyone?

A book that I really loved was Just Kids by Patti Smith. Art, memoir (with beautiful writing) and music…all my favorites wrapped into one. I’m sure everyone has read it by now, but I came to it a few years after it published, and I still think about it years later.

Are you currently reading anything?

I’m really loving Ninth Street Women by Mary Gabriel. It’s about 5 women artists in postwar America. Also, I just finished Everything She Touched: The Life of Ruth Asawa by Marilyn Chase. They are both great reads…and I suppose I feel like I have to make up for my art education which excluded so many women. I read a ton of manuscripts all year long for work, mostly fiction, so I often pick up nonfiction if I can steal away some moments to read on my own.