Easy Crafts for the Insane by Kelly Williams Brown

A Mostly Funny Memoir of Mental Illness and Making Things

“Know that luck is real, and change is real, and tomorrow is going to be a lot better. Or at least different.”

EASY CRAFTS FOR THE INSANE

Kelly Williams Brown had 700 Bad Days. Her marriage collapsed, she broke three limbs in separate and unrelated incidents, her father was diagnosed with cancer, and she fell into a deep depression that ended in what could delicately be referred to as a “rest cure” at an inpatient facility. Before that, she had several very good years: she wrote a bestselling book, spoke at NASA, had a beautiful wedding, and inspired hundreds of thousands of readers to live as grown-ups in an often-screwed-up world, though these accomplishments mostly just made her feel fraudulent.
One of the few things that kept her moving forward was, improbably, crafting. Not Martha Stewart–perfect crafting, either—what could be called “simple,” “accessible” or, perhaps, “rustic” creations were the joy and accomplishments she found in her worst days. To craft is to set things right in the littlest of ways; no matter how disconnected you feel, you can still fold a tiny paper star, and that’s not nothing. 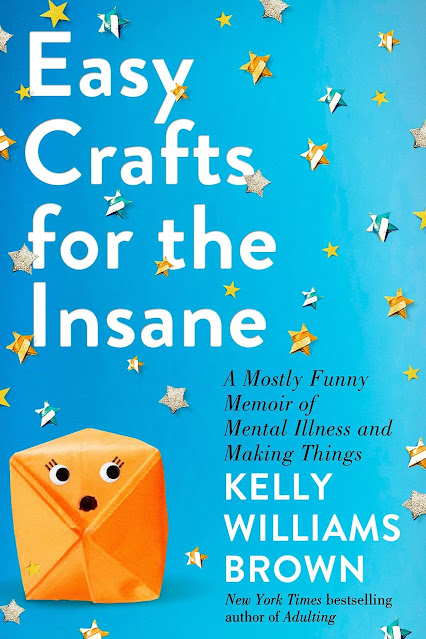 What I thought
I've walked by this book countless times on my almost daily trips to Indigo, picking it up and flipping through it each time. That bright blue cover just kept showing up in whichever section I was browsing, so I finally bit the bullet and ended up buying a copy of it on my Kobo.
In the opening pages, Brown talks about having the “ridiculous, picture-perfect five year run,” during which she signed her first book deal, was working her dream job as a reporter covering events, music, and nightlife, and became known as the “Adulting” girl, a symbol of togetherness and competence.
She writes, “somehow I became associated with this persona of perfection.” Basically, she became known as everything that she was not, because it wasn't sustainable.
Eventually things began to fall apart, “I got a divorce, a certain someone was elected president, my antidepressant stopped working, my body started breaking, and my luck ran out.”
In Easy Crafts for the Insane, Kelly leans into her vulnerability and shares stories of her depression. She does so in a humourous and engaging way which kept me entertained from start to finish. Brown is a fantastic writer, the prose conversational and down to earth. It’s the kind of writing that is easy to read regardless of mood and attention span, which I appreciated.
I also commend her for her honesty and bravery throughout when sharing intimate details about her divorce, depression, suicide attempt, and hospitalization. Trigger warnings to be aware of here (noted below).
Sprinkled through the book are actual crafting instructions, which made this more of a fun and interactive read. There’s everything from calligraphy and paper stars, to a cute little origami lights for naps. I haven’t made any of the crafts but the instructions are easy to follow, and each one requires just a few materials.
One quote I loved from this book, “I am one of the most resilient fuckers you will ever, ever meet. If I survive it, I’m going to get past it. And not only that, I will find meaning in it. I will figure out why it had to happen and then I will move forward, having turned pain into solidarity and strength.”
All in all, I really liked this book. The things I liked about it (the comedy, crafts, writing, sweet illustrations throughout, and Bob’s Burgers references) outweighed anything I disliked (politics and Donald Trump). I definitely recommend this one for lovers of Jenny Lawson.
TW: Chapters 7 and 8 talk about suicide and hospitalization. There’s a warning beforehand in case you want to skip those chapters. 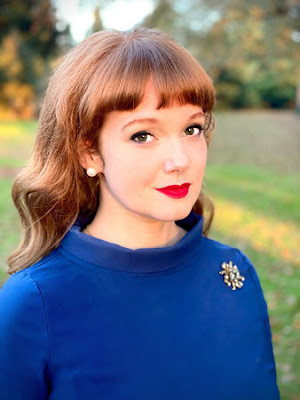 Kelly Williams Brown is the New York Times bestselling author of Adulting and Gracious. A former reporter, ad copywriter, and Bourbon Street bartender, she lives with her giant, neurotic dog in Salem, Oregon.

Easy Crafts for the Insane is available for purchase in hardcover format from Indigo or e-book or audiobook format from Kobo. Check Penguin Random House CA for additional retailers.