"There's no one to turn to. No one can help. Even if there were, I can't reach out. I'm in a hidden nook within a hidden world where anonymity's the whole point. Anonymity breeds apathy. When you're anonymous, no one cares to save you."

Oliver Park, a recovering addict from Indiana, finally has everything he ever wanted: sobriety and a loving, wealthy partner in Nathan, a prominent DC trauma surgeon. Despite their difference in age and disparate backgrounds, they've made a perfect life together. With everything to lose, Oliver shouldn't be visiting Haus, a gay bathhouse. But through the entrance he goes, and it's a line crossed. Inside, he follows a man into a private room, and it's the final line. Whatever happens next, Nathan can never know. But then, everything goes wrong, terribly wrong, and Oliver barely escapes with his life.

He races home in full-blown terror as the hand-shaped bruise grows dark on his neck. The truth will destroy Nathan and everything they have together, so Oliver does the thing he used to do so well: he lies. 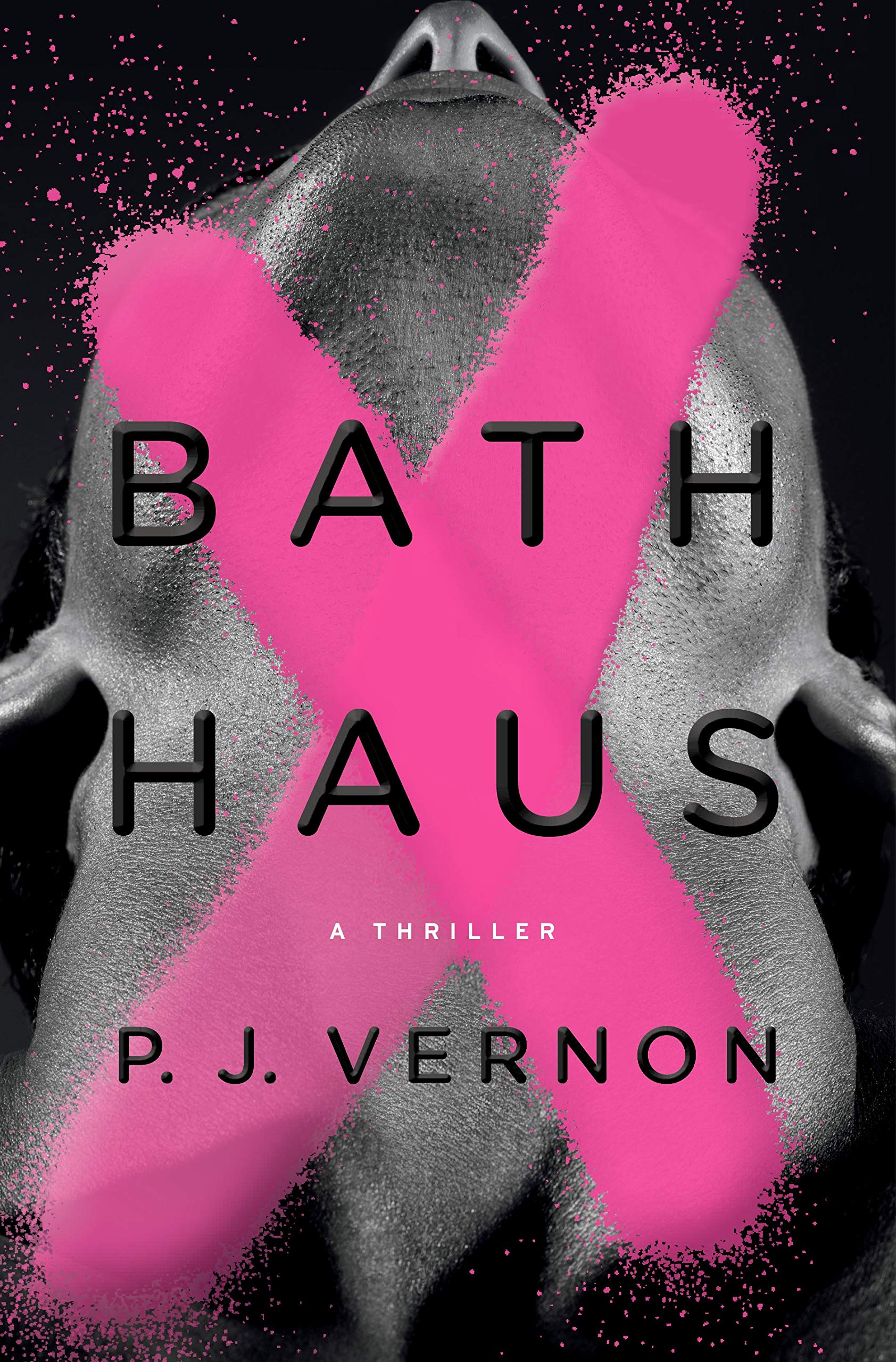 What I thought
Just reading the plot for Bath Haus, I knew I'd be in for a wild and thrilling ride. I had been excited about this one for a while so was delighted to receive a copy for review from Doubleday.
P.J. Vernon pulls the reader in right away with the haunting first chapter. On the opening pages, we meet Oliver Park, a young man parked in an SUV, screening a call from his long term boyfriend Nathan Klein. He's on his way to a bath house, crossing a line that once crossed, there's no coming back from. He meets a man named Kristian there and follows him into a room, making a mistake that's going to change his life forever.
Through his descriptive prose, Vernon places the reader directly into the story, making them feel as though they themselves are a part of it. The book transitions between Oliver and Nathan, giving the reader the story from each of their perspectives. P.J. does a fantastic job of conveying the emotions of each character in Bath Haus, especially Oliver, as his panic and anxiety builds throughout.
I listened to the audiobook as well, which was absolutely fantastic. If I had to choose the book or audiobook, I'd go audio all the way. Michael Crouch and Daniel Henning are perfect for the roles of Oliver and Nathan. When portraying Oliver, I felt panic rising in the narrators trembling voice as his fear grew more intense. The other characters were clearly distinguishable as well.
A book of constant gut wrenching twists and turns, Bath Haus was a little far fetched and unbelievable at times, but for the most part it was engaging, holding my attention throughout. The audiobook had my pulse racing at times.
P.J. Vernon was born in South Carolina. His first book, When You Find Me, was published in 2018. He lives in Calgary with his partner and two wily dogs.

Bath Haus is available for purchase in hardcopy format from Indigo or in e-book format from Kobo. Check Penguin Random House CA for additional retailers.

Thank you Doubleday for the copy of this book in exchange for an honest review.