There's No Such Thing as an Easy Job by Kikuko Tsumura

Mrs Masako started down at the document in front of her and angled her head slightly. “It says, that essentially you’ll be working alone. Your predecessor was a man of forty-three, who is now off work with depression,” she continued, “the cause of fatigue was brought on by his search for a wife.”

THERE'S NO SUCH THING AS AN EASY JOB

In the COVID-19 world we live in today, we don’t have the choice in where we work, but in the world of fiction novels, we do. And in the first of Kikuko Tsumura’s novels to be translated into English, There’s No Such Thing as an Easy Job, the main protagonist has some very specific requests when looking for a job at an employment agency she visits: it must be close to her home, and it requires no reading, no writing – and ideally, very little thinking. 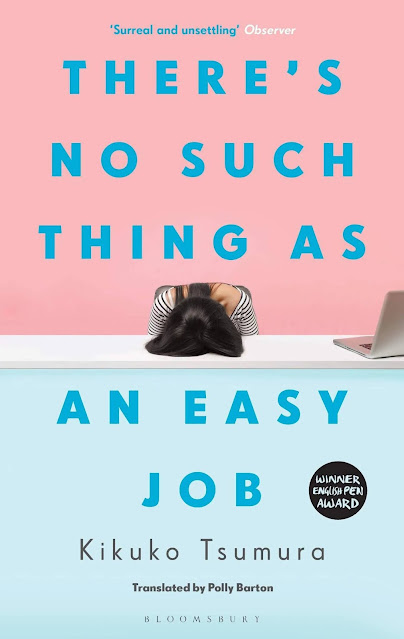 She is sent to a nondescript office building for her first job, where she is tasked with watching the hidden-camera feed of an author suspected of storing contraband goods. But observing someone for hours on end can be so inconvenient and tiresome. She wonders how she will stay awake in a job so dull and tiresome.

She watches the screens, the footage on the left dated 22:00 from the night before, and the right dated 20:00 the night before that. In both clips, the author is wearing the same jacket, so without the timestamp there would be no way of knowing there was a day separating the two.

“In the older footage, on the right-hand screen, he’d eaten a meal about two hours ago: fried eggs and ham, accompanied by rice cooked with hijiki and spinach miso soup. In the one on the left, from where yesterday, he hadn’t yet ventured from his computer.”

Already, I can feel the monotone style of the writing. The protagonist is so bored that she winds up watching more than she bargained for, becoming intertwined in the life of her subject. She refers to him as “the target” and is aware of his every move, even when he receives his deliveries, right down to the very flavour of cookies. It seems there isn’t much else to do, and she’s quick to admit that she has far too much time on her hands.

The main protagonist goes on to get The Bus Advertising Job, The Cracker Packet Job, The Postering Job, and The Easy Job in the Hut with the Big Forest. Each job comes with its own unique description and challenges. The stories are told in the same way as the first, with the same quirkiness as The Surveillance Job. However, it becomes increasingly apparent that she's not searching for the easiest job at all, but actually something altogether more meaningful.
When I read the plot for this book, I was really excited. As I’ve mentioned in other reviews, Convenience Store Woman is one of my favourite books. I also absolutely adored My Year of Rest of and Relaxation, so when this one came as a recommendation based off of those I was delighted to read it.
The description was what also drew me to the book, a young woman looking for a job with very little thinking made me giggle, and I picked up a copy right away. I got my copy from Book Warehouse.
I found this book quite adventurous, the prose layered and thought-provoking. It was a pretty good distraction from my very own day, which didn’t consist of a traditional job, but a different kind of work altogether.
It was easy to follow along with my daily duties and while staying engaged with the book at the same time. I’ve said it before, but I really enjoy Japanese novels that have been translated into English. I find them to be like little works of art, masterpieces that stand on their own when translated. This was a lovely little book, well written, quite bizarre, but in the best way. It was also relatable, as we all struggle at times to find our place in our careers, often fleeting between multiple positions before we find our true passions.
I also found the main character, who remains nameless throughout, to be very charming and enchanting. At times, I felt saddened that she seemed to struggle to find her place in the world.
Overall, the book was well-written, and well-translated. I think Polly Barton did a great job of conveying the words and emotions that I assume Kikuko was trying to portray in the original Japanese. This interview with The Rumpus sums it up the book’s themes quite nicely.
Kikuko Tsumura (Japanese name: 津村 記久子) is a Japanese writer from Osaka. She has won numerous Japanese literary awards, including the Akutagawa Prize, the Noma Literary New Face Prize, the Dazai Osamu Prize, the Kawabata Yasunari Prize, and the Oda Sakunosuke Prize. 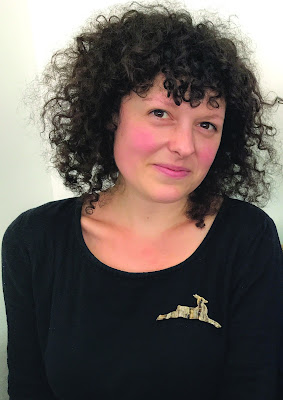 Polly Barton is a Japanese to English translator currently living in Bristol, UK. Born and raised in West London, she studied Philosophy at Cambridge University before moving to Japan to teach English on a remote island. There she began to learn Japanese, and quickly became hooked. She has been working as a freelance translator for ten years now, specializing in literature, non-fiction books, and art-related texts.

There’s No Such Thing as an Easy Job is available to purchase at Book Warehouse and on Kobo. Check GoodReads for additional retailers.