Take Back the Tray by Joshna Maharaj

Revolutionizing Food in Hospitals, Schools, and Other Institutions

“We were dopey, we were sore, and we were hungry. That sandwich did not say, “Get well soon!” That sandwich said, “Sorry, sucker, this is all they’ll pay for.”

TAKE BACK THE TRAY

A beloved chef takes on institutional food and sparks a revolution
Good food generally doesn't arrive on a tray: hospital food is famously ridiculed, chronic student hunger is deemed a rite of passage, and prison meals are considered part of the punishment. But Chef Joshna Maharaj knows that institutional kitchens have the ability to produce good, nourishing food, because she's been making it happen over the past 14 years. She's served meals to people who'd otherwise go hungry, baked fresh scones for maternity ward mothers, and dished out wholesome, scratch-made soups to stressed-out undergrads. She's determined to bring health, humanity, and hospitality back to institutional food while also building sustainability, supporting the local economy, and reinvigorating the work of frontline staff.
Take Back the Tray is part manifesto, part memoir from the trenches, and a blueprint for reclaiming control from corporations and brutal bottom lines. Maharaj reconnects food with health, wellness, education, and rehabilitation in a way that serves people, not just budgets, and proves change is possible with honest, sustained commitment on all levels, from government right down to the person sorting the trash. The need is clear, the time is now, and this revolution is delicious. 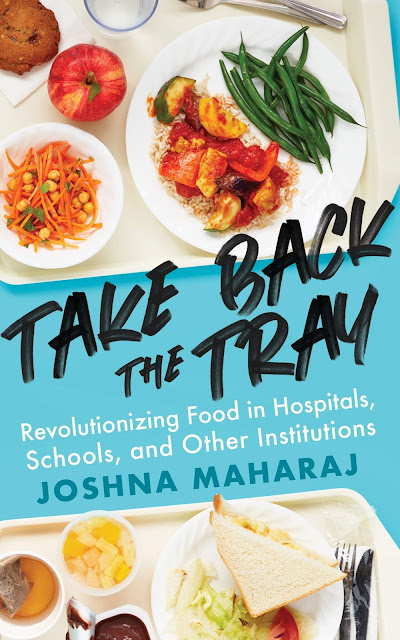 What I thought
It seems only fitting that I write this review just one week before I’ll be hospitalized for a seven-week period, during which I will be eating only hospital food. By the time this review is published, I’ll either be discharged, or still eating from the tray.
I talk about my eating disorder openly here, so it’s nothing new, but the purpose of the hospitalization is to treat my anorexia. So I felt really compelled to read this book, since the tray is an important part of my day at the hospital, and one I’m faced with six times throughout. I’ve spent time at this hospital before, and at other psychiatric institutes and eating disorder treatment centres.
The food isn’t bad, but it isn’t good either. I once stayed at a very small hospital in Manhattan, and we actually met the chef daily, because he was the one who delivered the food. It arrived on the usual trays, but it was still warm, and it tasted fresh. The menu often rotated, and the food was pretty good. It was a state hospital, and the unit I was on was treating eating disorders specifically, so I can’t speak for the rest of the hospital, but we were taken care of.
I’ve heard myself say many times “take back the tray” or something along those lines, but that’s mostly because I’ve received the wrong items, or I just downright don’t feel like eating that meal on that particular day. I should clarify, it’s not that I just don’t feel like it, but it’s more so that I let the eating disorder get the better of me, and that’s when it’s a “please take this tray away from me” situation.
I decided to focus more on the hospitals chapter, since it applies most to me at this time, but Joshna also dives deep into community food centres, and colleges and universities.
Joshna starts the book by talking about waking from her surgery to the saddest egg salad sandwich she had ever seen, from what I gather by her description, “hard cooked eggs, chopped and combined with some low-calorie whipped salad dressing (never mayonnaise), and a whisper of salt and pepper smooshed between two slices of perpetually soft and brilliantly white industrial sandwich bread that stuck to the roof of my mouth.” 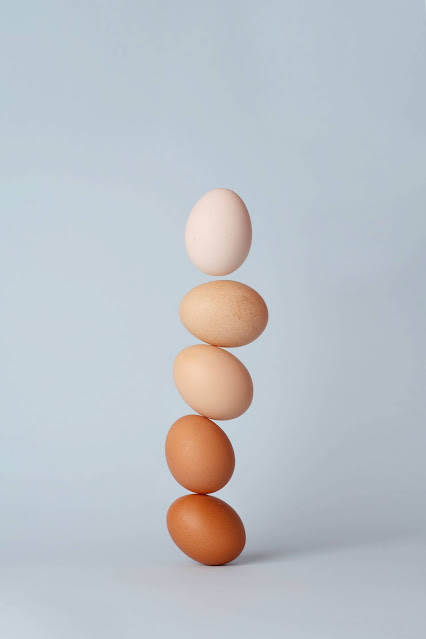 I’ve had my fair share of hospital egg and tuna salad sandwiches. I typically veer toward peanut butter and jelly sandwiches because that seems to be the best option. When it comes to savoury items, I thank the heavens for Mrs Dash seasoning. Like I said, the food at the hospital I go to isn’t bad, it’s just not great either.
Joshna, who has led projects in all three type of institutions that I’ve mentioned, says, “we can do better.” She goes on to say, “this is a story about the deep disconnection between people and their food.”
What I found most shocking was learning about the money allocated for food ingredients in Canada. According to Joshna, Canadian hospitals spend between $8 and $15 per day per patient for three meals and a snack, and the average night for a hospital bed in Ontario is $842. “These two numbers alone show a huge disparity between what we spend to house and treat a patient and what we spend to feed a patient.”
Take Back the Tray talks in detail about the three styles of food served in hospitals. The traditional model which started out as scratch cooking, but currently uses highly processed foods, the retherm model, in which food is prepped, cooked, and frozen off-site, and outsourcing to a third party operator.
I also found it shocking to find out that many hospitals don’t have organic waste separation or a proper system for recycling. I guess I kind of knew that, since when we finish our snacks at the hospital I go to, we typically just throw the packaging into whatever trash can is closest. But when it comes to the food on our trays that’s sent back to the kitchen, I was unaware of the environmental impact.
So how do we make a change? Joshna gets into that in detail within the remainder of the book.
And as a bonus, Joshna also shares recipes for nutritious foods such as carrot pineapple muffins, red fife tea biscuits, and an egg salad sandwich (much better than the one she, and many others receive in public institutions).
Overall, this made for an interesting read. In my case, learning about the food I receive in hospitals was eye-opening. If you’ve ever spent time in a hospital, or if you ever do (I hope not), it’s good to know where your food comes from.
I highly recommend Take Back the Tray for one for anyone who works in an institution, anyone with an interest in food, and/or anyone who has ever spent time in a hospital, prison, and those who receive their food from colleges and universities. I also recommend the book for dieticians and nutritionists.
Joshna Maharaj is a chef, two-time TEDx speaker, and activist. She believes strongly in the power of chefs and social gastronomy to bring hospitality, sustainability, and social justice to the table.

Take Back the Tray is available for purchase at Indigo and on Kobo. Check GoodReads for additional retailers.