“They held hands until they reached the sliding door that opened into the night air, and then, tentatively, reluctantly, they became separate people again.”

Almost everything about Wallace is at odds with the Midwestern university town where he is working uneasily toward a biochem degree. An introverted young man from Alabama, black and queer, he has left behind his family without escaping the long shadows of his childhood.

For reasons of self-preservation, Wallace has enforced a wary distance even within his own circle of friends—some dating each other, some dating women, some feigning straightness. But over the course of a late-summer weekend, a series of confrontations with colleagues, and an unexpected encounter with an ostensibly straight, white classmate, conspire to fracture his defences while exposing long-hidden currents of hostility and desire within their community. 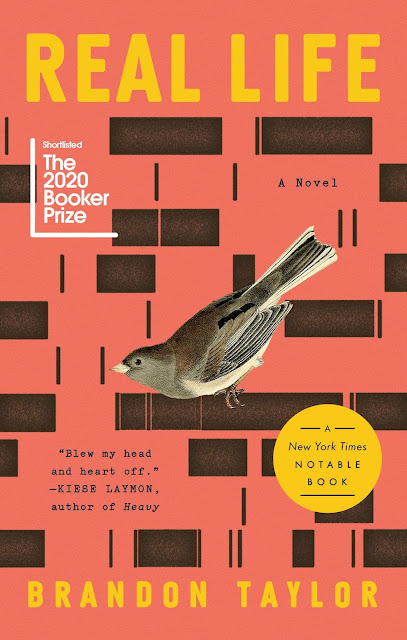 Review
Brandon Taylor has a beautiful way with words. His prose so incredibly vivid and alluring; describing beautiful scenes so the reader can feel as though they themselves are part of the story.
“He followed the curving wall, passed the hulls of boats, passed where the dark stones jutted out of the water, passed the long pier that stretched out into the water, with people there, too, laughing, and as he walked, he glanced out over the vast green water of the lake itself, boats skimming the surface, their sails white and sure against the wind and low, wide sky. It was perfect. It was beautiful. It was just another evening in late summer.”
Taylor makes it clear through his writing just how much of an outsider that his main protagonist, Wallace, feels, as he struggles to fit in, even among his friends. It saddened me to see Wallace trying so hard to find his footing, especially in the opening, when he’s thinking about his friend, Miller’s hunger, and how he could offer him something so simple as food, but his nerves get the better of him.
“Miller pulled on his hand and Wallace let himself be drawn in. They didn’t kiss or anything like that. Miller just held him until the sound of the music changed. It was time to go back out to their friends. They held hands until they reached the sliding door that opened into the night air, and then, tentatively, reluctantly, they became separate people again.”
I listened to the audiobook and read the physical copy. When it came to the audiobook, I found the pacing worked really well and was nice to listen to. The characters of Cole and Yvgve worked well, with great energy to their voices, especially Cole, and I was able to follow along when they were speaking, but, Wallace, Vincent, and especially the narrator, fall a little flat.
I’m glad I had the physical book to read, because the audio wouldn't have done Taylor's writing justice alone, especially as he described each scene so vividly. I felt really captivated by Taylor's prose, and developing a great sense of admiration for him.
I found the scenes with Wallace’s friends, especially Miller, to be much more engaging than those in the lab. It could be my lack of interest in science and biochemistry, and the fact that Brandon paid so much attention to detail when it came to describing these scenes, but I found them to be a little mundane. The scenes with his friends were much more lively, and I looked forward to those more in this book.
There’s no doubt about it that Brandon Taylor is an extremely talented writer. Even if the subject wasn’t my cup of tea, Brandon’s writing is enough to stand on its own and I can't wait to read more of his work. 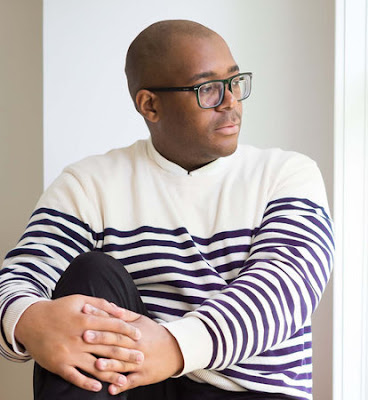 Brandon Taylor is the author of the acclaimed novel Real Life, which has been shortlisted for the Booker Prize, longlisted for the Center for Fiction First Novel Prize, and named a New York Times Book Review Editors’ Choice. He holds graduate degrees from the University of Wisconsin–Madison and the University of Iowa, where he was an Iowa Arts Fellow at the Iowa Writers’ Workshop in fiction.

Real Life is available to purchase at Indigo and on Kobo. For additional retailers check Penguin Random House CA.