Broken (in the best possible way) by Jenny Lawson

“If I could choose the themes of my life, I assure you this book would be all about my successful otter rescue and how I became a sexy vampire who isn’t allergic to dairy. But we don’t get to pick who we are. I am still as broken as I was before, but with better stories and a little more insight into just how fucked up I am.”

BROKEN (IN THE BEST POSSIBLE WAY)

As Jenny Lawson’s hundreds of thousands of fans know, she suffers from depression. In Broken, Jenny brings readers along on her mental and physical health journey, offering heartbreaking and hilarious anecdotes along the way.

With people experiencing anxiety and depression now more than ever, Jenny humanizes what we all face in an all-too-real way, reassuring us that we’re not alone and making us laugh while doing it. From the business ideas that she wants to pitch to Shark Tank to the reason why Jenny can never go back to the post office, Broken leaves nothing to the imagination in the most satisfying way. And of course, Jenny’s long-suffering husband Victor―the Ricky to Jenny’s Lucille Ball―is present throughout. 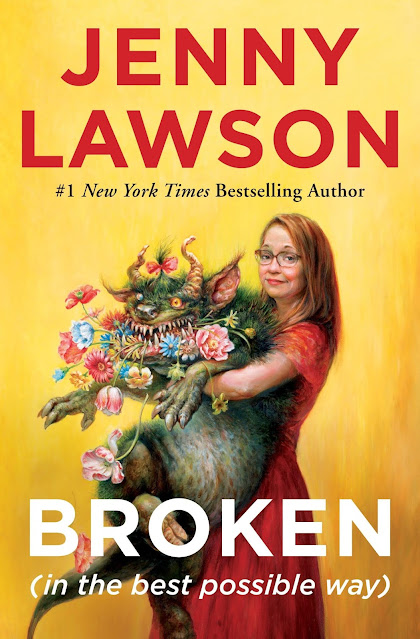 I guess what I’m trying to say is that this book was all kinds of good.

I listened to the audiobook and read the physical book for this review. I just kept thinking, Jenny Lawson really does always show up for us when we need her to. I recently read and reviewed Furiously Happy. It was my first time reading her work and I instantly fell for her, finding her so incredibly relatable on every level. Listening to her makes me feel warm and fuzzy on the inside, and she’s also downright hilarious.

In Broken, Jenny talks in detail about her TMS (transcranial magnetic stimulation) which she tried as a treatment for her depression. All the info out there on TMS is super scientific and intimidating to read so to have Jenny make it feel a bit more casual was so refreshing. Listening to her talk about her experience with TMS and how it positively affected her life brought tears to my eyes, “Today I feel strong,” she writes.

I also really related with a chapter called 'An Open Letter to My Health Insurance Company,' in which Jenny talks about the ongoing battles she faces with her insurer. She starts the chapter, “Sometimes I think you want me dead,” and goes on to talk about the struggles when it comes to having her medication and treatment costs covered.

“One of the hardest things to do when you have depression is admit that you need help and seek treatment. We are exhausted and hate ourselves and don’t want to spend time and money on ourselves, but we push through. We do the hard work. Then we are told that the only doctor you will pay for can’t see us for two months…”

In terms of the audiobook, it was remarkably special. It felt like a gift to have Jenny read her book to me. 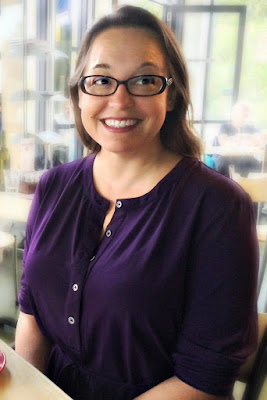 Known for her sardonic wit and her hysterically skewed outlook on life, Jenny Lawson has made millions of people question their own sanity, as they found themselves admitting that they, too, often wondered why Jesus wasn't classified as a zombie, or laughed to the point of bladder failure when she accidentally forgot that she mailed herself a cobra. Her blog is award-winning and extremely popular.

Broken (in the best possible way) is available for purchase in hardback at Indigo and in e-book or audiobook format on Kobo. Check GoodReads for additional retailers.

FYI I purchased both the audiobook and hardback, so this review was not written in exchange for a product