Between Two Kingdoms by Suleika Jaouad

A Memoir of a Life Interrupted

"How do you react to a cancer diagnosis at age twenty-two? Do you break down in sobs? Do you faint, or scream? In that moment, a feeling flooded through my body, unexpected and perverse: relief."

In the summer after graduating from college, Suleika Jaouad was preparing, as they say in commencement speeches, to enter “the real world”. She had fallen in love and moved to Paris to pursue her dream of becoming a war correspondent. The real world she found, however, would take her into a very different kind of conflict zone.

It started with an itch—first on her feet, then up her legs, like a thousand invisible mosquito bites. Next came the exhaustion, and the six-hour naps that only deepened her fatigue. Then a trip to the doctor and, a few weeks shy of her twenty-third birthday, a diagnosis: leukemia, with a 35 percent chance of survival. Just like that, the life she had imagined for herself had gone up in flames. By the time Jaouad flew home to New York, she had lost her job, her apartment, and her independence. She would spend much of the next four years in a hospital bed, fighting for her life and chronicling the saga in a column for The New York Times.

When Jaouad finally walked out of the cancer ward—after three and a half years of chemo, a clinical trial, and a bone marrow transplant—she was, according to the doctors, cured. But as she would soon learn, a cure is not where the work of healing ends; it’s where it begins. She had spent the past 1,500 days in desperate pursuit of one goal—to survive. And now that she’d done so, she realized that she had no idea how to live.

How would she reenter the world and live again? How could she reclaim what had been lost? Jaouad embarked—with her new best friend, Oscar, a scruffy terrier mutt—on a 100-day, 15,000-mile road trip across the country. She set out to meet some of the strangers who had written to her during her years in the hospital: a teenage girl in Florida also recovering from cancer; a teacher in California grieving the death of her son; a death-row inmate in Texas who’d spent his own years confined to a room. What she learned on this trip is that the divide between sick and well is porous, that the vast majority of us will travel back and forth between these realms throughout our lives. Between Two Kingdoms is a profound chronicle of survivorship and a fierce, tender, and inspiring exploration of what it means to begin again. 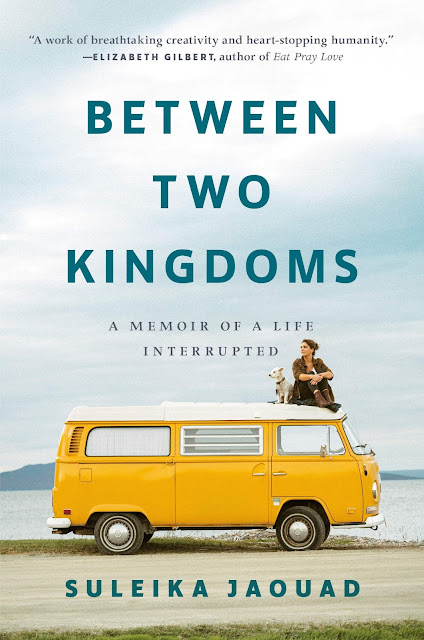 Review
The only thing I want to do lately is burrow underneath the covers and hibernate until fall.
I find myself scrolling through the New York Times and Indigo websites, as I do when I feel low, hoping to have my spirits lifted by some new book release, or in recent days, news of lower cases where COVID-19 is concerned.
It was there that I came across this book, Between Two Kingdoms, and remembered that I purchased this one the last time I was hospitalized. I had been indoors for days, confined to the hospital for weeks, and it was on my first pass that I went to Indigo and bought this book. The bookstore between the hospital and my home, between those two kingdoms. How I'd forgotten about it, I don't know, but people say things come along when you need them most, and this one did. 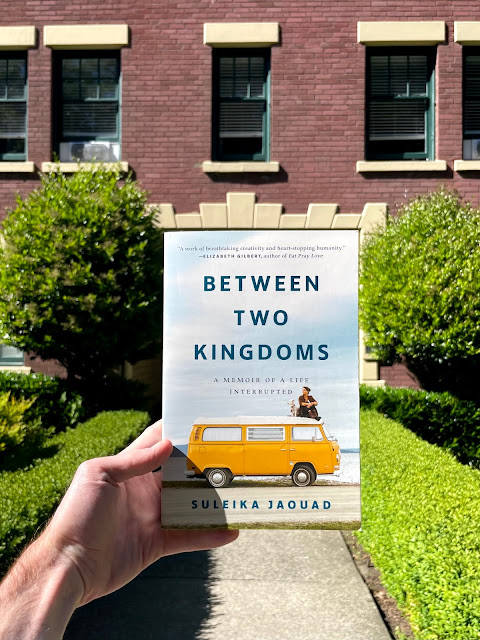 Listening to the audiobook felt like a true gift, Suleika's soothing voice humming in my ears like a song. Her strength and vulnerability can be felt immediately through the prose.
I found her quickly relatable, even laughing as she discussed her time living in New York City, her $800 per month third floor walk up that she shared with nine others. It reminded me of my first summer internship in Manhattan, also a third floor walk up, except it was $1100 per month, above a sex toy store, and I shared the place with six roommates and at least 3 mice. “Living in New York City was like walking around with a giant hole in my wallet,” Jaouad writes.
When she talked about moving to Paris, it felt uncanny, with me also having lived there, in the same arrondissement as her. “If Manhattan is where people move to jump-start careers, Paris is where they go to live out the fantasy of a different life,” she relays. A new start for her in Paris was also a new start for me almost ten years ago.
I kept thinking that I couldn't imagine anyone else narrating the audiobook. It had to be Suleika, with her voice so lovely, well-paced, and lyrical, as she told her story with tenacity and courage.
Reading about Suleika's blog was encouraging for me, because I started this blog as a way to get myself through my own treatment. “I'm on a deadline,” she'd tell her nurses, which made me laugh, as I tell my treatment team the same thing when I'm reviewing books.
“I told everyone I was fine, when in fact I needed the privacy to fall apart,” Jaouad writes at one moment.
Profoundly moving, incredibly inspiring, and deeply thought-provoking, there is so much more I could say about Between Two Kingdoms, but that would be to give away its magic, and this book is just too special. It came along and lifted me when I needed it, Jaouad's prose a bright light shining in the shadows.
All in, this one is absolutely worth the read, listen, or both.
It will live forever, between two bookends, in my home. 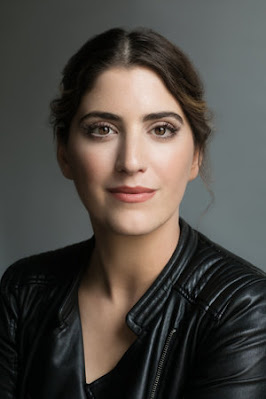 Suleika Jaouad wrote the Emmy Award-winning New York Times column Life, Interrupted. Her essays and feature stories have appeared in The New York Times Magazine and Vogue and on NPR. She is also the creator of the Isolation Journals, a global project cultivating creativity and community during challenging times. Between Two Kingdoms is her first book.

Between Two Kingdoms is available to purchase at Indigo and on Kobo. Check Penguin Random House CA for additional retailers.