Caleb Azumah Nelson's debut novel Open Water is centred around a romance between two Black British artists who find certain commonalities among themselves having both won scholarships to private schools where they struggled to belong.

They meet in a bar in South East London - he's a photographer, and she's a dancer, and they're both trying to make their mark in a city that both celebrates and rejects them. 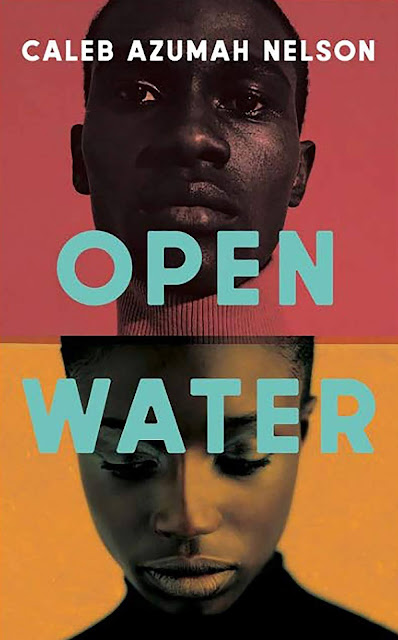 The characters remain unnamed throughout the book, and Nelson uses second-person narrative to invite the reader to become a part of the story.

You and the woman meet in a bar, two days before 2017 comes to a close.

You feel you have never been strangers. You do not want to leave each other, because to leave is to have the thing die in its current form and there is something, something in this that neither is willing to relinquish.

The narrator is open and raw with his emotions and trauma, letting his tears flow like endless rain. When thinking of his grandma in Ghana who died:

Open Water asks what it means to be a person in a world that sees you only as a Black body, to be vulnerable when you are only respected for strength, to find safety in love, only to lose it.

In an interview with The Voice, when asked what led up to him writing this novel, Caleb said he was writing a lot of nonfiction at the time about photography, music, Blackness, and love. And about freedom, and where freedom can be found for Black people.

He signed with his literary agent in April 2019, and she suggested he write a novel, so he revisited these ideas of freedom to create a fictional narrative to house everything he was feeling at the time, and from there, Open Water was born.

'You are in a memory of the present. You are tumbling through a fever dream, surfacing only to plunge once more.'

The narrator refers to his time with her as a fever dream. I felt as though this novel held me in some kind of lucid dream.

The book, a gorgeous love story, made me feel at times as though I was drifting off into a blissful sleep, although I was experiencing every word, every moment of it in slow motion, in a trance as I dreamt I was listening to Footsteps in the Dark by The Isley Brothers.

It felt like falling in love on the first day of June, walking casually through the streets of London during golden hour, the sun's breathtaking rays whispering down upon me.

Although it's clear love can come and go in an instant, Caleb's words kept me in a dreamlike state throughout the entirety of the book, mostly engaged but at times drifting.

Unforgettable, his prose poetic and lyrical. Open Water was an outstanding and impassioned debut novel.

Caleb Azumah Nelson is a British-Ghanaian writer and photographer living in south-east London. His writing has been published in Litro. He was recently shortlisted for the Palm Photo Prize and the BBC National Short Story Prize 2020, and won the People's Choice prize. Open Water is his debut novel.

Open Water is available at Indigo and on Kobo. Check GoodReads for additional retailers.